Le Mans winner Buemi feared ‘everything was lost’ for #8 Toyota

Le Mans winner Buemi feared ‘everything was lost’ for #8 Toyota 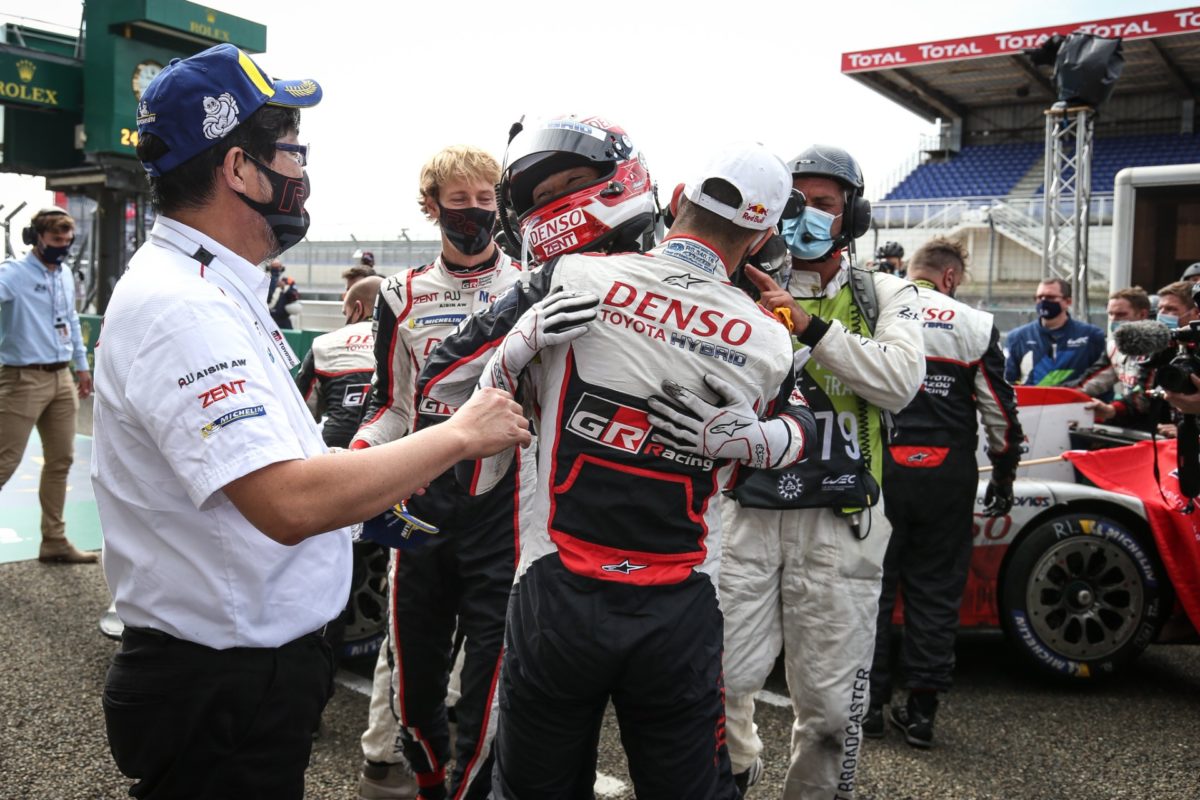 Sebastien Buemi admitted he feared “everything was lost” for the #8 Toyota crew that ended up taking a third consecutive 24 Hours of Le Mans victory despite early race dramas.

Buemi, Kazuki Nakajima and Brendon Hartley claimed victory in the final race for the TS050 Hybrid in the 88th running of the Le Mans classic, which was also Toyota’s third straight win at Circuit de la Sarthe.

The victory initially looked as though it was heading to the sister Hyperpole-winning #7 entry when the #8 struck trouble in the opening half of the race.

Buemi was forced into the pits at the end of the first hour following a puncture, before the team brought the #8 in for a front-right brake change towards the end of the sixth hour, handing the #7 of Kamui Kobayashi, Mike Conway and Jose Maria Lopez a one-lap advantage.

However, the race fell back into the lap of the #8 when Kobayashi was forced into the lane during the night with a right-hand side turbo issue, costing the #7 half an hour.

Buemi, Nakajima and Hartley would run to the end without major issue and without challenge, with both privateer Rebellions also encountering issues of their own.

The #1 Rebellion of Gustavo Menezes, Bruno Senna and Norman Nato finished second, five laps off the #8, with the #7 Toyota limping home with floor damage. 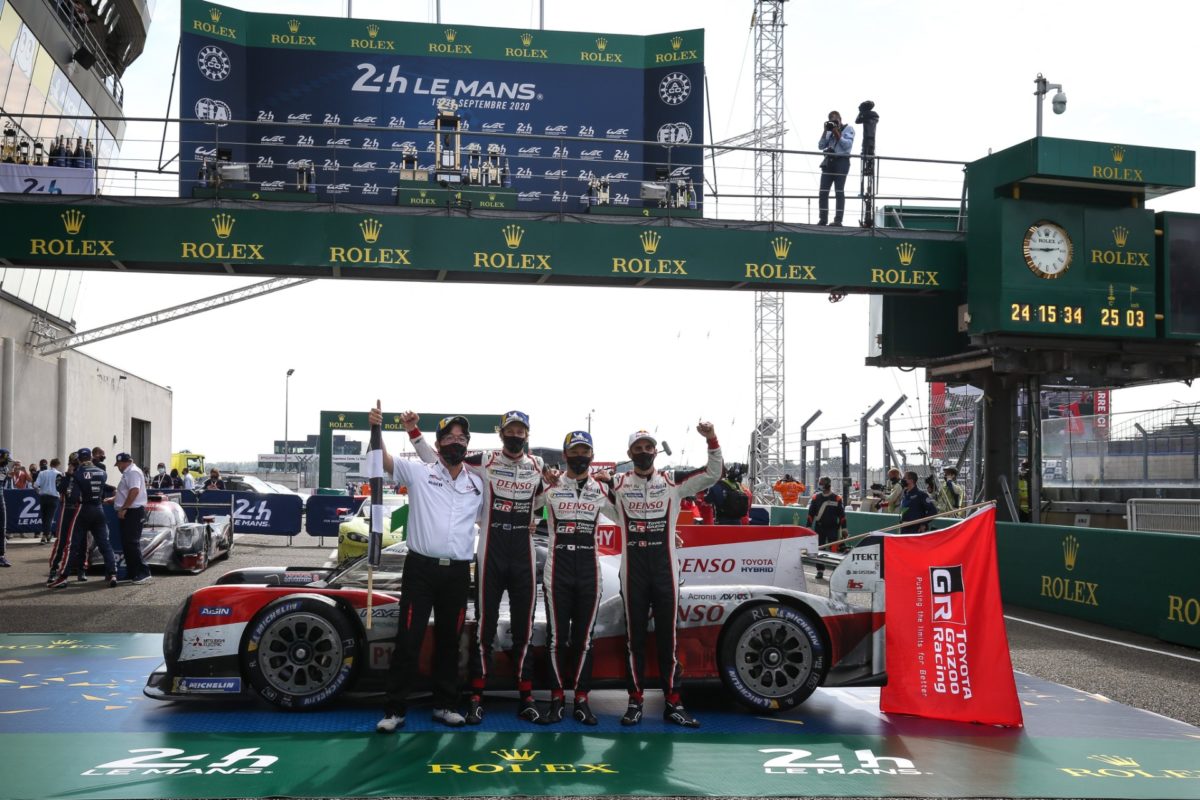 For Buemi, it was a dominant victory that was anything but.

“When you look at the race, just after the start we had the puncture, we had the slow zone not going our way, then the brake issue,” Buemi said after the race.

“All of a sudden you feel like everything is lost. But at Le Mans, it’s never the case.

“With what happened to the sister car and the Rebellions, in the end we were there.

“It’s an incredible feeling. I’m so happy we made it.”

It marked a third win for Buemi and Nakajima, who shared the 2018 and 2019 wins with Formula One-bound Fernando Alonso.

It was Hartley’s second win, with the New Zealander adding to his 2017 victory with Porsche.

“What luck we had,” added Nakajima, who had the honour of crossing the line to take the chequered flag.

“First of all, I’m very happy for the team that at least one of us won the race, that’s something we had to make sure of.

“We started with a lot of problems in the beginning of the race, and car 7 had a later, bigger issue than us.

“But what we did in the car… also the car was very good in the race. I think I’m quite happy with what we’ve done, happy for the team.”