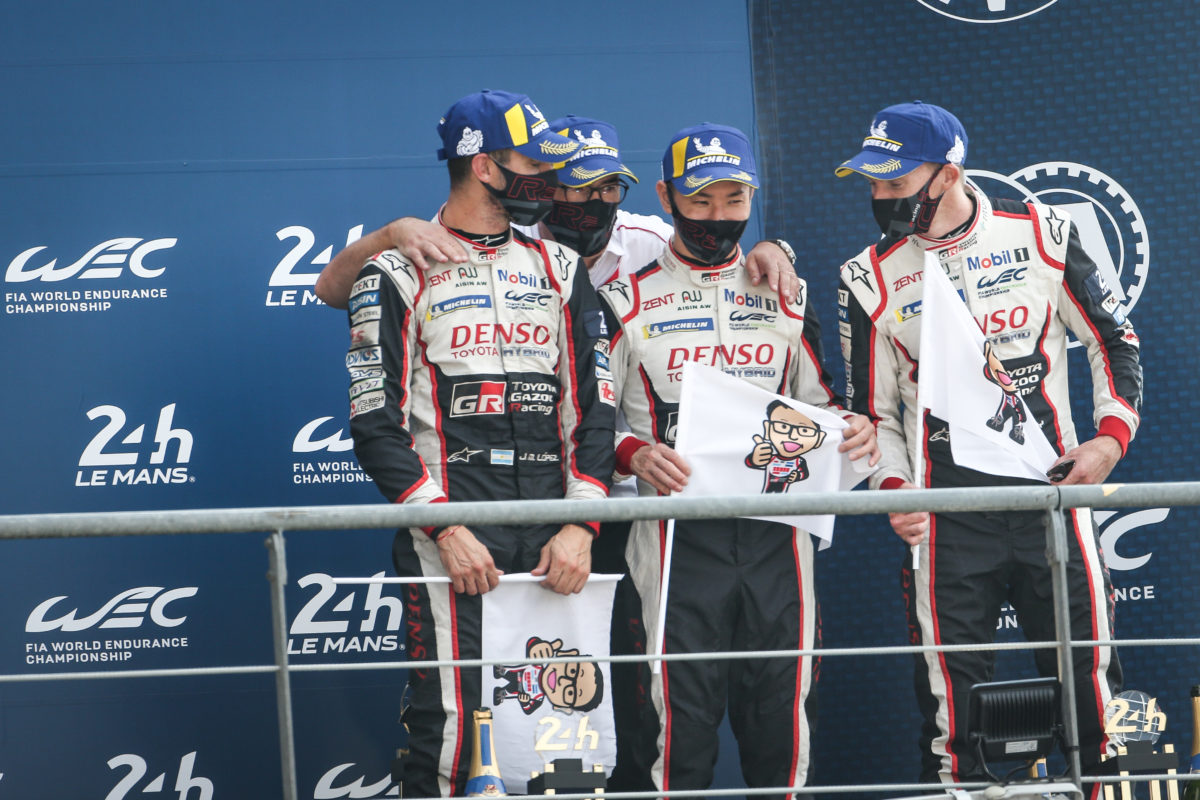 The #7 drivers are consoled on the podium pic: Toyota Gazoo Racing

Toyota has admitted it is “running out of words” to console the #7 crew after more 24 Hours of Le Mans heartache left their drivers “gutted”.

The Hyperpole-winning #7 of Kamui Kobayashi, Mike Conway and Jose Maria Lopez had to settle for third overall as the sister #8 car of Kazuki Nakajima, Sebastien Buemi and Brendon Hartley raced to victory.

Sunday’s result marked the third straight year the #8 Toyota had won at Le Mans, with the #7 failing to win despite taking pole in 2019 and 2020.

For the second year running, the #7 Toyota TS050 Hybrid proved to be the quickest car in the race, only for mechanical gremlins to consign the car to another La Sarthe visit without victory.

In 2019, with Lopez behind the wheel, the #7 slowed in the 23rd hour due to a wired tyre pressure sensor system. The system incorrectly indicated a tyre puncture, which was later found to be without issue.

At the weekend, the #7 led comfortably from pole after the start on Saturday, and was over a lap to the good heading into the night when Kobayashi was forced into the garage due to a problem with the exhaust manifold.

The team was forced to change the entire right-hand side turbo and exhaust assembly. The 30-minute-long repairs cost the #7 dearly, with Kobayashi returning to the race seven laps down on the #8.

Kobayashi, Conway and Lopez dropped to fourth and only managed to reach the podium after late clutch dramas for the #3 Rebellion.

As the #8 crew celebrated a win which came after a puncture and brake dramas, Kobayashi, Conway and Lopez stood forlornly on the podium, wondering what could have been. 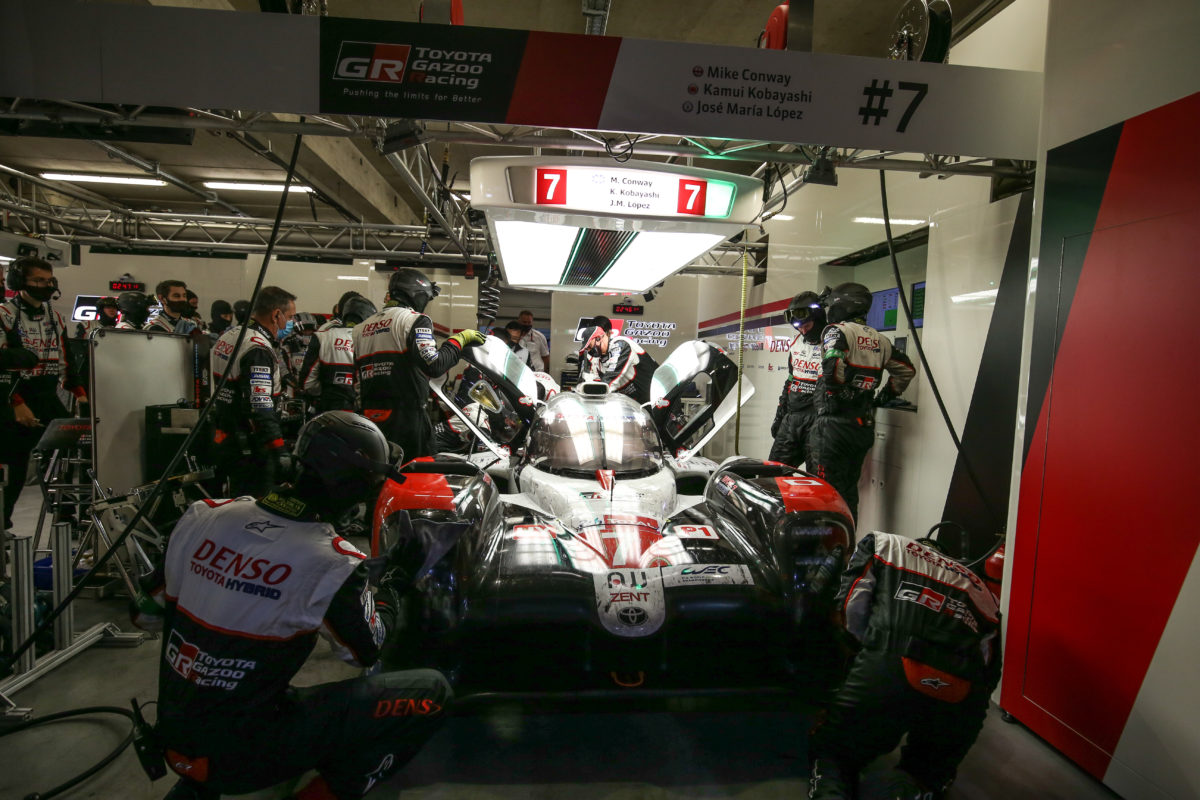 “I’m definitely running out of words to talk to the drivers of car #7,” Toyota’s technical director Pascal Vasselon said after the race.

“Car #7 was clearly a bit faster than car #8. Two times in a row they would deserve to win and something happened that was beyond their control, so I feel very sorry for the #7 drivers.

“They do everything right, they prepare well, they are fast and every time something goes wrong that is not in their hands. The entire team feels sorry for them.”

Floor damage also hampered the #7’s progress in the final third of the race, with the team determining a car in front lost a part which went below the #7 and damaged its floor.

That did little to alleviate the pain for the #7’s drivers, with Briton Conway admitting he was “sad” to miss out on bragging rights with the TS050 ahead of the introduction of the Hypercars from 2021.

“This place hasn’t been the kindest to us at times,” Conway said.

“Three wins on the trot for the team, we’ve got to be happy about that for the team, but on our side of the garage we just feel like another one got away from us.

“We’re sad about that, obviously, and it’ll take some time to get over it. Especially with the championship as well, it changes things around massively. Two big hits in one race is pretty gutting.

“We come here and do a good job every time, but it’s just some little things that stop us from getting that win. My team-mates always do a mega job when they’re in the car, and the team works as hard as it can to get two cars to the finish line.

“I guess we have got to come back and try again next year, but we keep saying it. Just gutted that we couldn’t do it this time.”