Whincup kicking himself after ‘missed opportunities’ and mistakes

Whincup kicking himself after ‘missed opportunities’ and mistakes 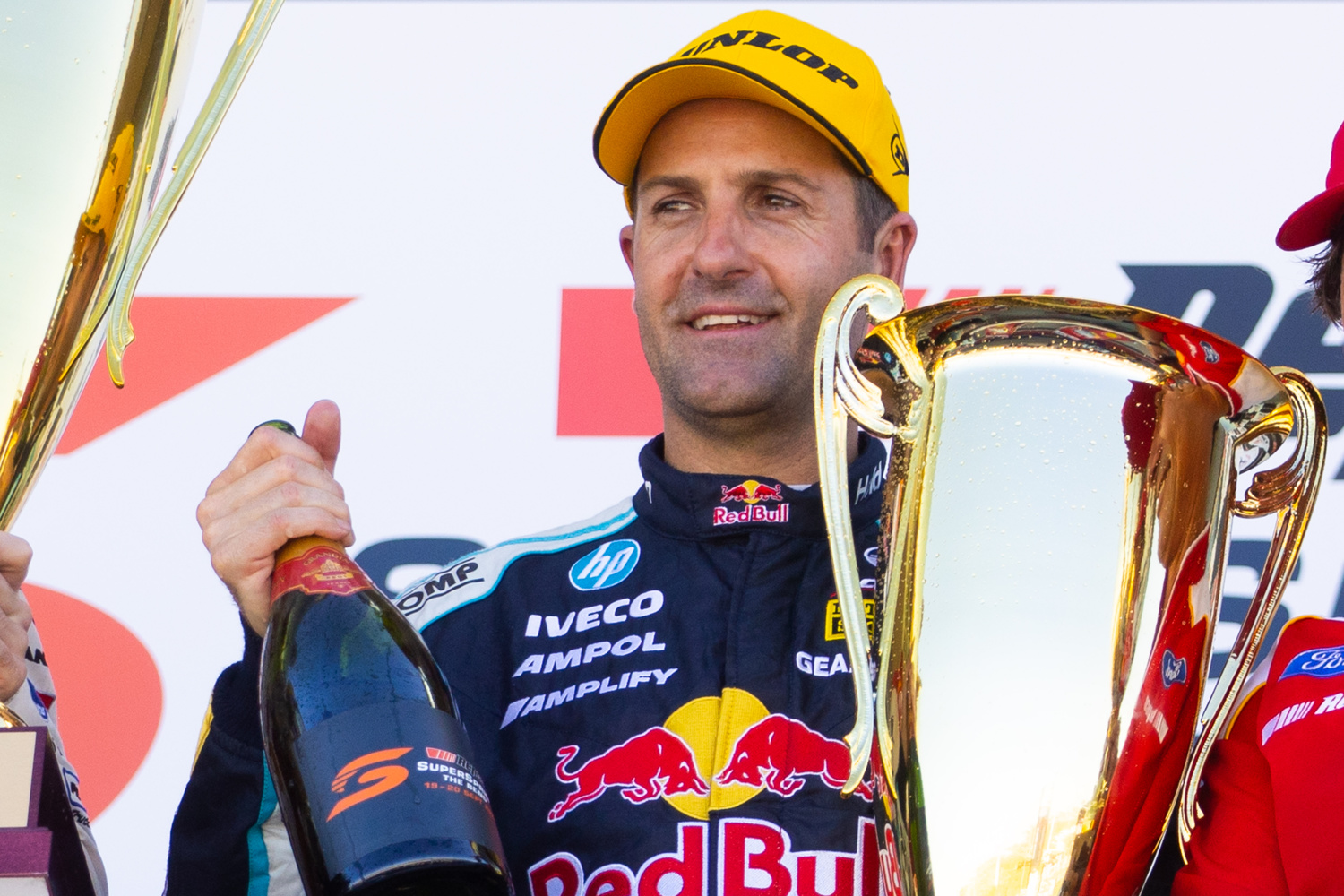 Jamie Whincup said he was left kicking himself after a weekend at The Bend Motorsport Park marred by ‘too many mistakes’ and ‘missed opportunities’.

That resulted in a 15-second penalty which he served in his pit stop. While McLaughlin was able to recover from the contact, Whincup finished 18th.

A mistake in Qualifying for Race 26 put Whincup on the back foot, setting a time good enough only for 11th.

His woes were compounded after an air spike issue resulted in a slow pit stop, eventually finishing 17th.

As a result, the margin between McLaughlin and Whincup grew to over 200 points.

That gap edged out by the end of the weekend to 215 points with four races remaining in the season.

The Red Bull Holden Racing Team driver went wide out of Turn 5 and dropped his right-hand side tyres onto the dirt.

Despite that, Whincup sought to pass De Pasquale into Turn 6 and locked up under brakes, which saw the pair make contact.

Whincup slowed to allow De Pasquale to keep the place, but later in the lap completed a clean pass.

The Red Bull racer was left to lament the close call, believing he could catch and beat second placed driver Fabian Coulthard.

“Anton shut the gate, we were racing hard,” Whincup said of the near miss.

“He was pretty desperate for the podium position and I wanted to get through as well.

“I’m kicking myself a little bit. I wish I had been a little bit more patient and waited half a lap because I may have had a go at Fabs.

“It’s a wasted opportunity so we’ll throw that in with the mistakes this weekend and hopefully we can clear some of them out for next week.”

Nevertheless, Whincup was happy to end the weekend with a podium, bringing the seven-time champion some solace.

“We’ve made too many mistakes this weekend. But to finish with a third, (it’s) a little bit of champagne for what’s been a long week.”

Whincup will have three more opportunities to score a win at The Bend Motorsport Park with the OTR SuperSprint on September 26-27.