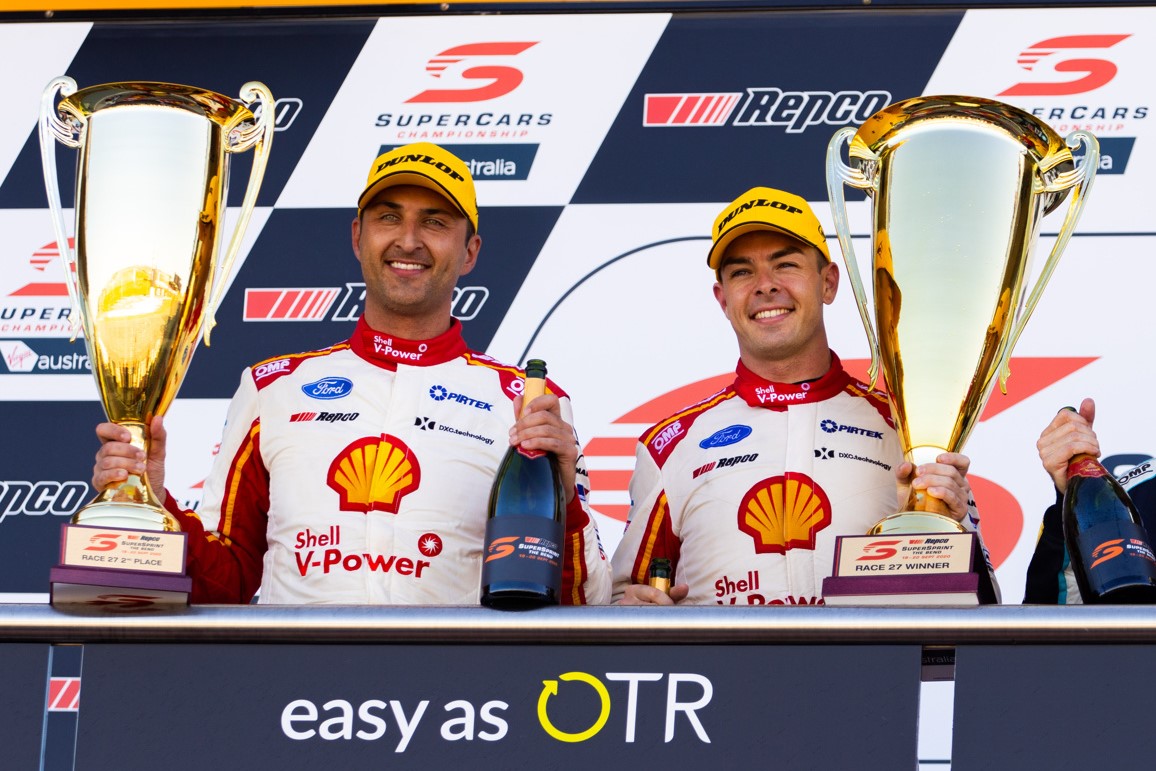 Fabian Coulthard said a win and a second place finish at The Bend Motorsport Park proved he is competitive when he is comfortable in his Ford Mustang.

Race 26 saw the Shell V-Power Racing Team driver finish just shy of the podium in fourth before capping off the weekend with second place in Race 27.

Following the second of the Townsville SuperSprint events, Coulthard said he ‘found a trick’ that would put him in the right direction for The Bend.

“I said after Townsville that the last race there I think we found something with our car and improved,” said Coulthard.

“This weekend we showed that we’ve got the pace if the car’s to my liking.

“I don’t think there’s been a massive turnaround. We won the round at Darwin – equal with Jamie (Whincup) there – we won the round here as well so it’s not all bad.”

Coulthard said wins are hard to come by when up against a formidable team-mate in Scott McLaughlin, who now leads the drivers’ championship by 215 points.

McLaughlin has been a force to be reckoned with 11 wins to his name this year.

“This bloke here doesn’t help,” Coulthard said when asked if he cops an unfair grilling.

“It is what it is and we’re always put up against the toughest competition in the category.

“He’s won two championships and going for his third so it’s not easy to make someone (like him) look average but you’ve got to remember that he’s been flogging everybody, not just myself.”

The DJR Team Penske driver will return to The Bend Motorsport Park for the OTR SuperSprint on September 26-27.