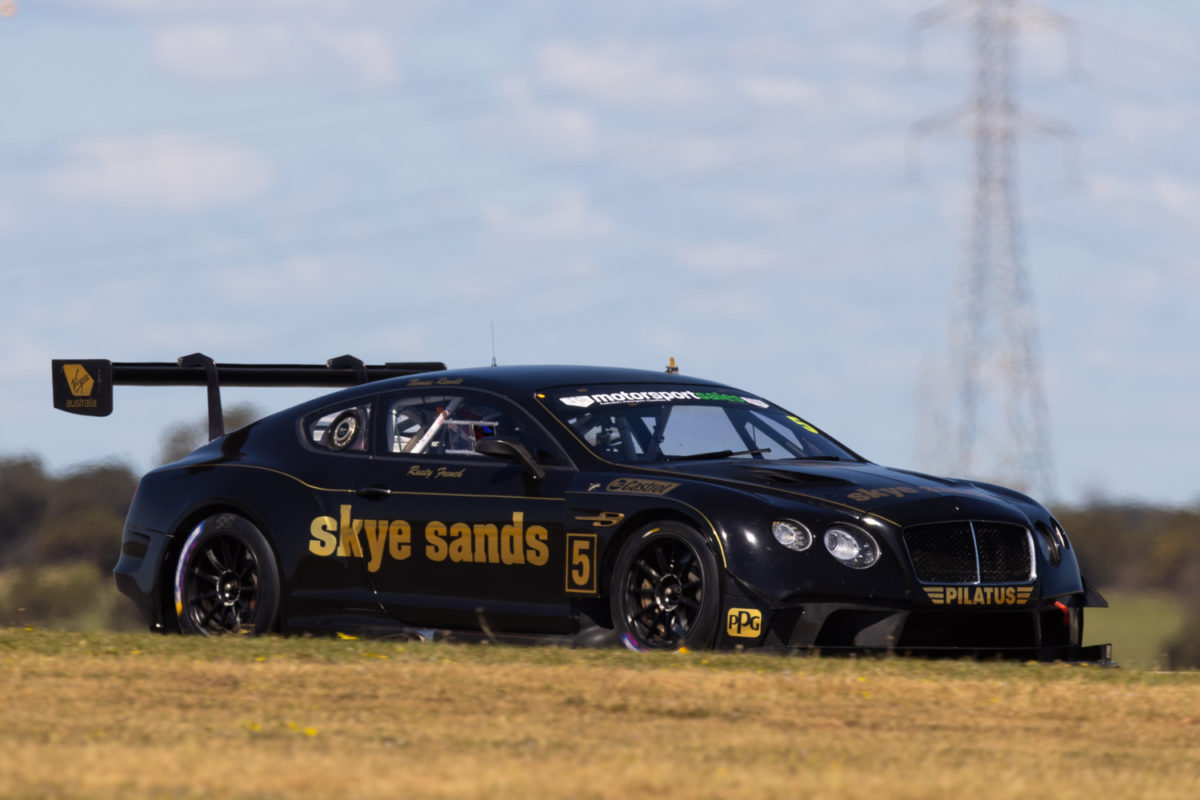 No one could live with Thomas Randle in the Aussie Tin Tops at The Bend on Sunday.

The Super2 Series leader put on a masterclass in the Bentley GT3 and was 30 seconds clear of the field when the Safety Car had to come out for the conclusion of Race 3.

Some way back, Brenton Griguol (Ferrari F430) had run his left tyres on the grass and then lost control as he re-entered the circuit.

He veered into the side of Henry Beasley’s Porsche 997 and both cars had to be recovered from the gravel trap at Turn 17.

That incident also spelled the end of an entertaining battle between Ryan Suhle and Harri Jones for third and fourth.

Suhle ran second briefly after passing Geoff Taunton early, but thereafter had his work cut out to keep Jones at bay.

Suhle was hanging on at points but a scrap which looked set to go to the wire ended in anticlimax as the field trickled past the chequered flag once the Safety Car re-entered pit lane.

Randle also led Race 2 from start to finish, opening up a big lead from pole and controlling proceedings throughout the 30 minutes on track.

Taunton was a distant second, with Suhle third after another good tussle with Jones.

The pair were locked in combat for several laps before Jones locked his inside front and speared off trying to make a move on Suhle at Turn 6.

Jason Gomersall and Nash Morris also produced some fine racing, with Gomersall eventually getting past his Super3 class rival to finish sixth.

The results saw Randle complete a sweep of the weekend given provisional Race 1 winner Yasser Shahin (Porsche GT3 R) copped a 30-second penalty after the fact.

He brought the Holden Monaro home 24 seconds clear of Matt Wright in Race 2, with Hagen Zerk a further nine seconds back in third.

Poole made a storming start to Race 3 while Wright (Datsun 120Y) was sluggish off the line.

With Poole disappearing into the distance, the battle for second and third heated up with Wright under pressure from Andrew Bailey in the Nissan Silvia.

Bailey eventually managed to pass Wright when he ran wide approaching the hairpin at Turn 6, only for Wright to retake the position around the same spot a lap later.