No further action over Lap 1 melee

No further action over Lap 1 melee 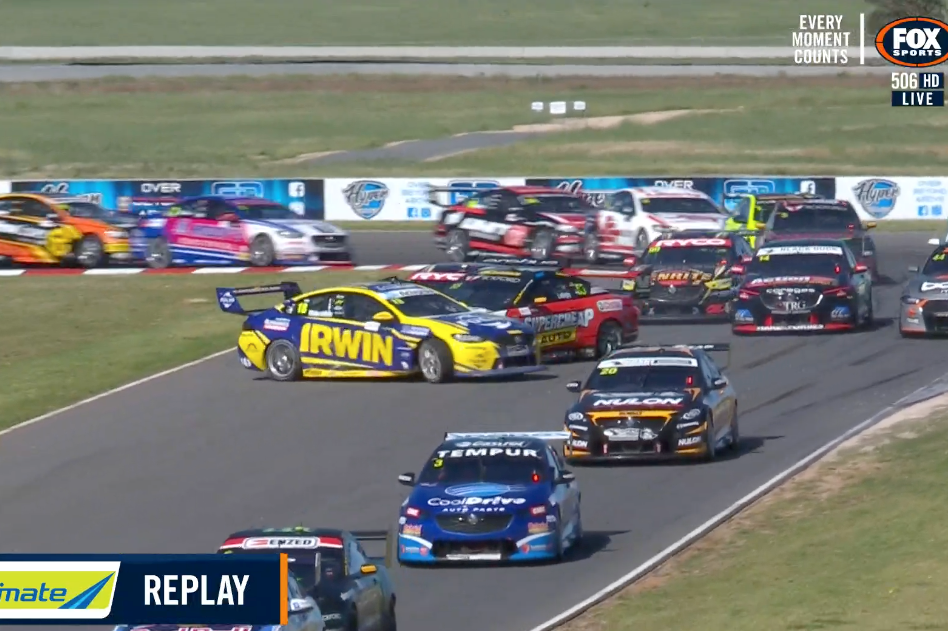 Stewards have opted to take no further action beyond Shane van Gisbergen’s in-race penalty for the drama which transpired on Lap 1 of the Repco SuperSprint The Bend finale.

Van Gisbergen (Red Bull Holden Racing Team) was handed a 15-second penalty which he served at his pit stop after he turned Andre Heimgartner around as the Kelly Racing driver attempted to pass for sixth at Turn 17.

The latter two sustained significant damage and retreated to the pits, after which they took no further part in Race 27 of the Virgin Australia Supercars Championship.

However, there will be no punishment dished out over that incident given that stewards found no driver wholly or predominately to blame.

“The Stewards imposed a 15 second Time Penalty on Car #97, Shane van Gisbergen, for a breach of Article 2.1.1 of Schedule B2 (Careless Driving) following an Incident at Turn 17 on Lap 1 when Car #97 turned-in on Car #7, Andre Heimgartner, causing car #7 to spin and lose positions,” read the stewards summary.

“Cars following attempted to avoid contact with Car #7 which resulted in Incidents involving multiple Cars. Cars #44, James Courtney, and #18, Mark Winterbottom, sustained damage and were unable to continue in the Race.

“No Driver was wholly or predominantly to blame for the Incidents which followed the contact between Cars #97 and #7. These subsequent Incidents were not a direct or foreseeable consequence of the Driver of Car #97’s breach.”

Bryce Fullwood attracted the only other penalty for a Lap 2 incident with Zane Goddard at Turn 6, also of 15 seconds.

The former ultimately got home 19th in his Mobil 1 Middy’s Racing entry, one spot up on the Unit Racing car of Goddard.

Heimgartner salvaged a finish of seventh having fallen all the way to 22nd when the #7 Ned Mustang was rotated, Reynolds ended up ninth, and van Gisbergen took the chequered flag in 14th.

Le Brocq finished 21st after a second pit stop, for a damaged tyre.