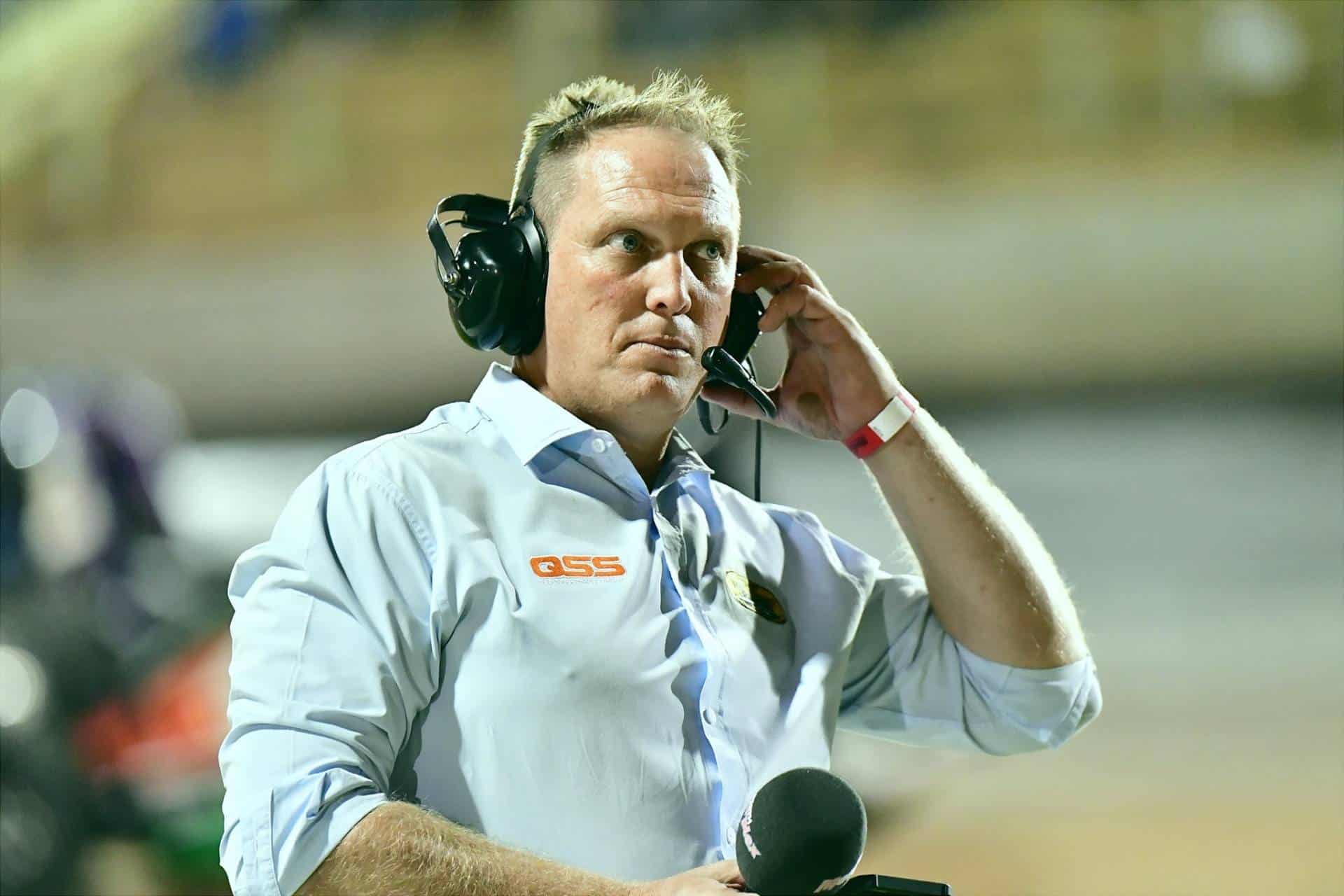 “Constantly being thrown in the deep end” is how Bennie Bishop has learned multiple skills on the journey to becoming an entertainment all-rounder.

“It’s ironic, because that’s how I actually learned to swim, when my two older brothers threw me into the Burnett River across from our home in Bundaberg, and told me to swim back to shore on my own! I was only about five and little did I know that it would become the pattern of my life,” Bishop told Networkcafe.com.au.

Like many in the motorsport and entertainment industries, Bishop has seriously been “thrown in the deep end” as a result of the COVID-19 pandemic, but in his typical proactive style he is taking everything in his stride.

Part of that has been becoming a member of the ever-growing Networkcafe.com.au family.

Equally comfortable on the microphone at a racetrack as he is on a stage singing or playing drums, every day is different for the Gold Coast-based father of three.

“One day I’ll be at a racetrack, and the next I could be at a pub playing and singing, and the next may be doing voice-overs from home, but I’m grateful that my life has plenty of variety,” Bishop told Networkcafe.com.au.

Bennie began his journey in motorsport writing speedway race reports for his local newspaper in Bundaberg and was just 14 years of age when he began interviewing the likes of six-time World Champion Ivan Mauger.

“I took every opportunity I could find. Every school holiday I would do work experience at the local television station or newspaper. I remember getting my first voice-over opportunity as a young teenager, and the producer’s way of telling me that I wasn’t ready was ‘Don’t worry mate, you’ll have the balls one day!’ which devastated me at the time, but I just kept punching.”

Bennie’s love of motorsport was set at a young age in a family that loved cars and watching racing, and it soon became evident from his schooling that the motorsport bug had bitten him a little harder than most.

“I was your stereotypical Brock fan who somehow manipulated every school project to have a motorsport theme; every English assessment, every show-and-tell,” said Bishop.

“I remember I got a mark of 95 percent for a five-minute speech about the Holden Precision Driving Team in Year 8, and in Year 10, our end-of-year history essay allowed the class to choose our own topic of Australian history.

“So while everyone else covered Captain Cook and the First Landing, I chose ‘The History of Australian Drag Racing,’” he laughed.

Bishop on air with Zak Brown and Michael Andretti

Living in regional Queensland wasn’t the healthiest greenhouse for growing a motorsport media career, however, and after learning drums from his older brother Peter, a new passion emerged playing music.

“We had some really cool high school bands that recorded a few singles on vinyl back in the day. We were truly legends in our own lunchbox, but that became another string in my bow, and set the course for the next few years,” said Bishop.

“I met my wife through music and the first 18 months of our marriage we worked as entertainers on Great Keppel Island Resort. We learned so much there about not just entertaining, but engagement and connection with an audience. That’s where the secrets of true entertainment are.”

Music and youth work became the focus of the next two decades, until 2007 when the lure of motorsport beckoned once more.

“I was working at a church in Perth doing pastoral care when the desire to pursue motorsport media resurfaced, so I signed up to volunteer as a commentator at the Perth Motorplex and my first night was with this young guy called Chad Neylon, who after my first session asked ‘Where the hell have you been hiding?’” recalled Bishop.

”From there, the opportunities opened up to work with some amazing people in all sorts of motorsport and I’m forever grateful.”

Bennie continues to work in various hosting and commentary roles with Supercars, World Series Sprintcars, Drag Racing and Outlaw Nitro Funny Cars while establishing a solid voice-over resume with clients such as BHP and Rio Tinto.

Networkcafe.com.au has been developed by Speedcafe.com as a valuable support mechanism for the industry and its suppliers, sponsors, clubs and organisations during the COVID-19 period, including respected and established sole operators, like Bishop.

“I think it goes without saying that the current environment is the worst most people have faced in their business lifetimes,” said Bishop.

“Now is the time for resources like Networkcafe.com.au to really come to the fore.

“The motorsport industry is amazing at ‘keeping it in the family’ when it comes to work connections and opportunities and this site facilitates those links brilliantly.”