McLaughlin: Points lead still not enough ahead of Bathurst finale

McLaughlin: Points lead still not enough ahead of Bathurst finale 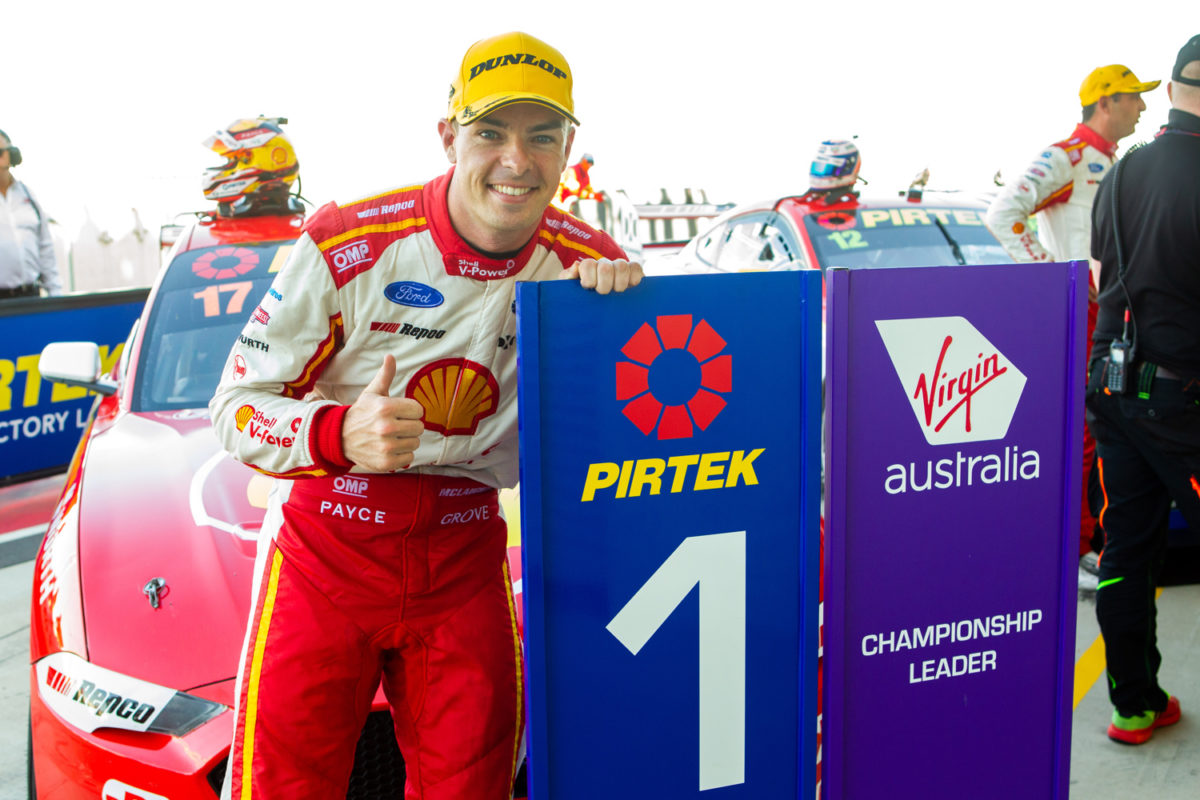 Scott McLaughlin is still not content with a 215-point championship lead as he casts an eye to a Supercheap Auto Bathurst 1000 which will close out the season.

The Shell V-Power Racing Team driver grew his margin over nearest rival Jamie Whincup by 72 points at the Repco SuperSprint The Bend having beaten the seven-time champion in all three races, the latter of which he won.

Should McLaughlin put another 85 on Whincup next weekend, he will have reached the critical 300-point threshold which represents a perfect event, with just the one to follow.

Given the first tie-break of race wins is currently well in the Ford driver’s favour at 11 to four, he would then have already wrapped up the championship barring a points penalty and DNF at Mount Panorama.

“If Bathurst was 100 points, it’s a big lead, but it’s not,” said McLaughlin of the title picture as it stands.

“Jamie and his team are fast, we know that, and it’s all about us being consistent and trying to beat them, and that’s their job as well.

“It’s been fun, it’s been hectic at times, up and down, but this weekend thankfully we’ve come out of it with a bigger points lead than we came in (with).

“We count ourselves lucky in some ways but at the end of the day we had good pace today and were able to execute when we needed to.”

The DJR Team Penske star believes that the 300-point margin is a possibility next weekend but suggested he would also be relying on misfortune for Whincup.

“I think it is within reach if Jamie has a bad race or whatever but, at the end of the day, you don’t wish bad on anyone; you just go out there and race,” he remarked.

“Like today (Race 27), if we can win a race and Jamie finishes third, it’s good for us, we still win, and we still get a bigger points gap.

“We’re just focused on trying to make the job easier for ourselves down the track and if we can keep it bigger than what it is now, that would be fantastic.”

McLaughlin has expressed a preference for winning the championship over the Supercheap Auto Bathurst 1000 if he is forced to choose.

Pressed on how his approach to the Great Race would change if he was at least 300 points up on Whincup and the rest of the field upon arrival to Mount Panorama, he responded, “It would change it completely.

“The way that you could probably attack a little bit more in places at the mountain, whether you were going for a win or whatever…

“You could be a bit more aggressive but we’ll worry about that if we ever get the chance to.”

The OTR SuperSprint The Bend will be run on the South Australian venue’s West Circuit from next Saturday.

The Supercheap Auto Bathurst 1000 is scheduled for October 15-18.