McLaughlin claims both Sunday poles at The Bend

McLaughlin claims both Sunday poles at The Bend 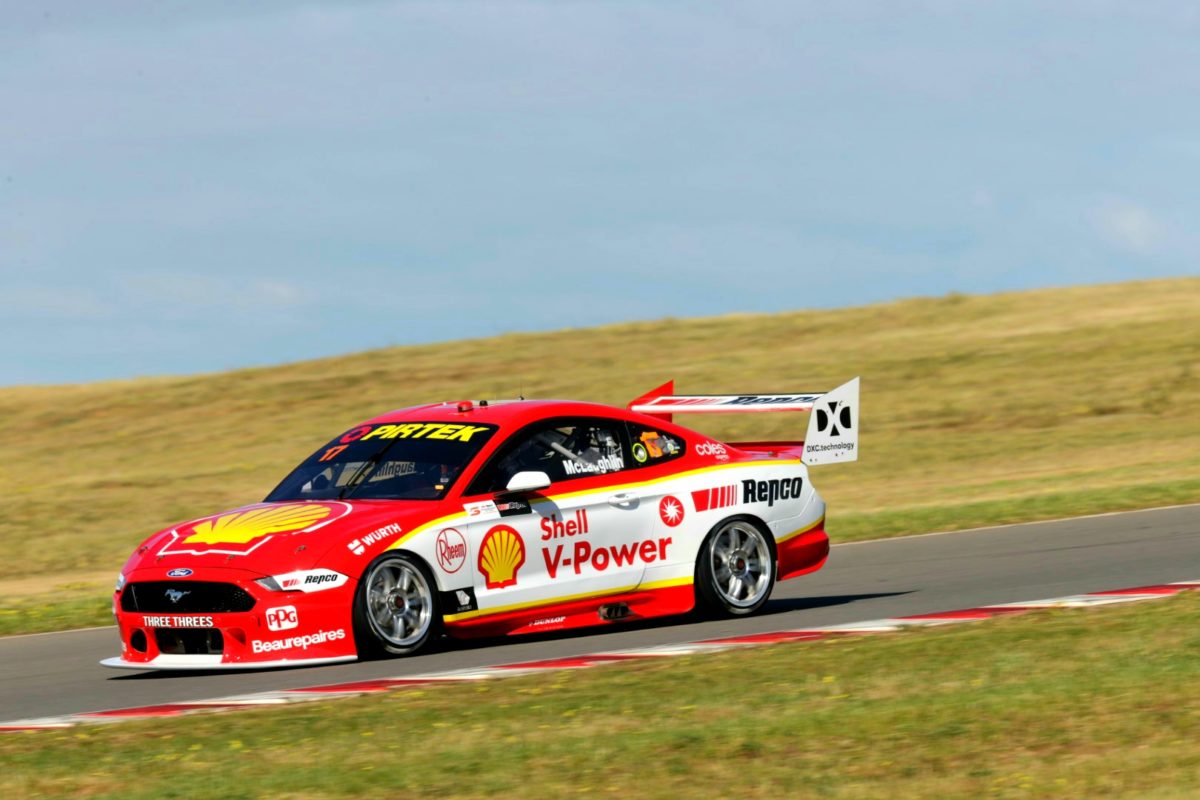 Scott McLaughlin will start both Race 26 and Race 27 at the Repco SuperSprint The Bend from pole position.

The Shell V-Power Racing Team driver was narrowly quicker than Shane van Gisbergen in the morning’s first 10-minute qualifying session and finished just over a tenth clear of Race 25 pole-sitter Chaz Mostert in the latter.

McLaughlin’s nearest rival in the title race, Jamie Whincup, could only manage 11th on the grid for Race 26 before earning an inside second row start for the weekend finale.

All 24 drivers went out for the start of Qualifying for Race 26, although only the Walkinshaw Andretti United drivers completed a lap on their first run.

Mostert clocked a 1:48.4946s in the #25 Mobil 1 Appliances Online ZB Commodore while Bryce Fullwood (#2 Mobil 1 Middy’s ZB Commodore) set a 1:49.2505s in his first mileage after taking a maiden podium the afternoon prior.

Fabian Coulthard (#12 Mustang) was the first to knock Mostert off with a 1:48.4860s before DJR Team Penske team-mate McLaughlin (#17 Mustang) laid down a 1:48.0726s just after the chequered flag was unfurled.

Heimgartner was fastest of the six who set a time in the early running of the second 10-minute session with a 1:48.4454s, almost two tenths faster than he had gone in the preceding hit-out.

McLaughlin’s only lap yielded a 1:47.8280s before Coulthard and then Whincup took up second position, the latter at 0.1245s off the pace.

Mostert, however, would grab the other berth on the front row with a time 0.0031s faster than Whincup’s, which in turn pushed Coulthard back to fourth spot.

“The car was good in qualifying yesterday and the car was fantastic in the race so just good bounce-back.

“Obviously it was a pretty crazy race yesterday and hopefully we can have a good couple of starts and see where we’re at, at the end of the first lap, but it feels good.”

Macauley Jones (#3 CoolDrive ZB Commodore) rounded out the top 10, one position ahead of Le Brocq.

Courtney was 13th and will share Row 7 of the grid with Reynolds, while the latter’s Erebus team-mate De Pasquale ended up 18th.

Both sessions were run under sunny skies, with no hint of the rain which fell a day prior.