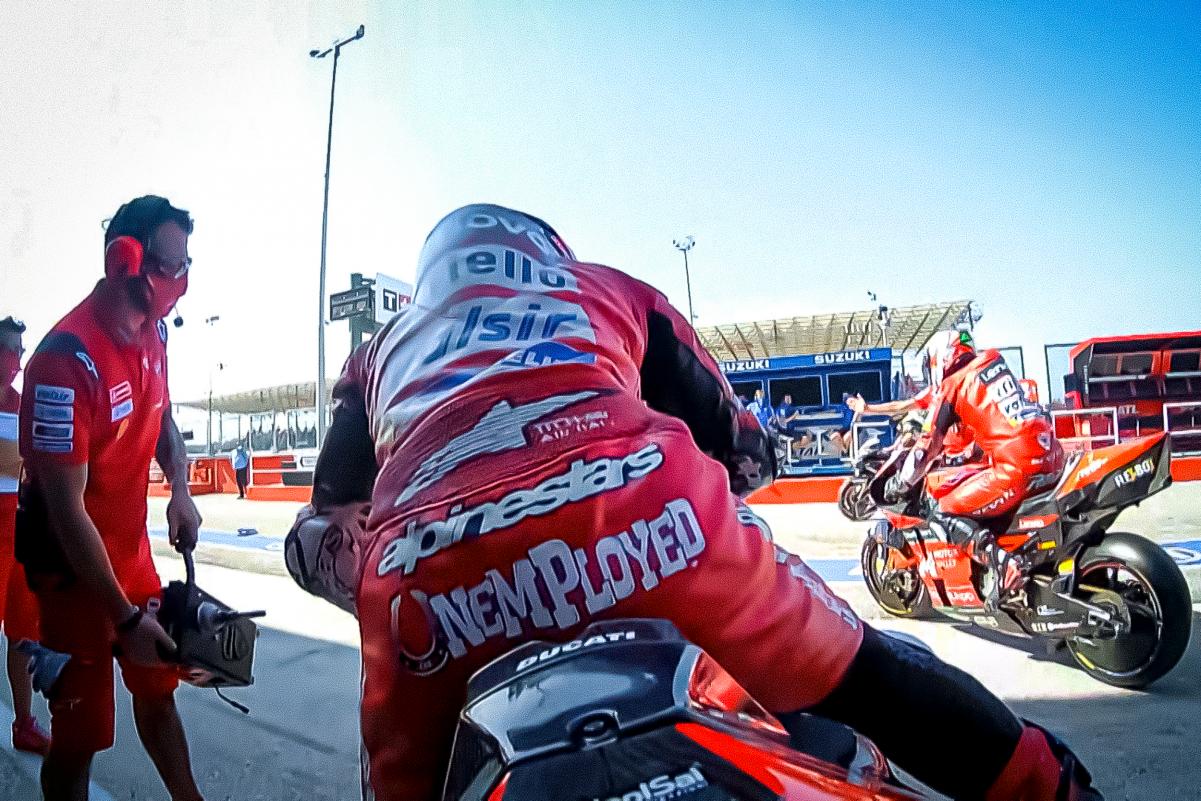 Outgoing Ducati Team rider Andrea Dovizioso says that the ‘Unemployed’ message on his leathers this weekend at Misano is due to a bet with friends.

The Italian has not signed elsewhere in a rider market with few seats left, and his manager had stated prior to the Ducati decision that a sabbatical was an option in 2021.

Now, instead of the usual ‘Undaunted’ on the backside of his leathers, Dovizioso is carrying a different message.

He maintains that it is a lighthearted quip which arose as a result of taking the championship lead last time out.

“It was just a bet with my friends and I have to put it (on),” explained the three-time premier class runner-up.

“Before Misano 1, they told me, ‘If you will be first in the championship, you have to put that there.’