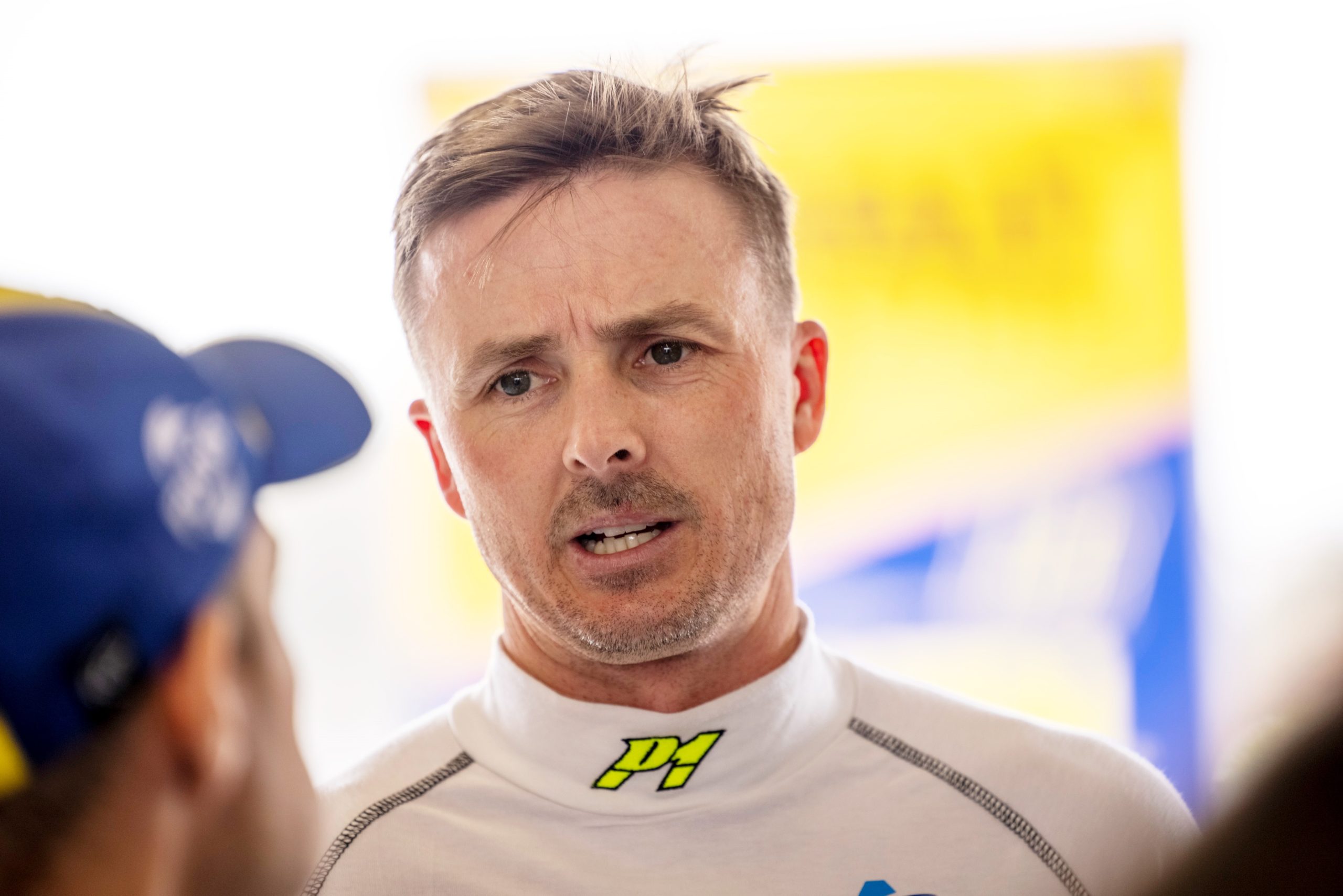 A Lap 1 crash in Race 27 capped off a “shithouse weekend” for the Mark Winterbottom, who walked away from The Bend Motorsport Park with a heavily wounded Holden.

Winterbottom recorded finishes of 17th and 15th across Race 25 and 26.

It was a ragged start in Race 27 for Winterbottom, who was sideways out of Turn 3 and in the dirt. He went no further than the first lap, however, caught up in an incident through no fault of his own.

As Winterbottom sought to miss the melee, Le Brocq spun into Reynolds who in turn collected Winterbottom.

That sent the Irwin Racing driver into a spin of his own. As he careered across the road, James Courtney sideswiped the out of control Commodore.

Winterbottom crawled back to the pit lane, his car sporting damage on both sides, left to lament a missed opportunity.

“We made a few changes for that race so you want to see how the car was,” said Winterbottom.

“I got a good start but other people caught up, spin into you, and spin you around.

“It’s done quite a bit of damage and the worst part is you don’t know what the car was going to do.

“It caps off a pretty shithouse weekend but we’ll come back in a week’s time and go again.”

Courtney came away with damage too, forced to retire to the pit lane on Lap 1.

The Boost Mobile Racing driver was left bewildered by the incident, which ended a similarly tough weekend for the 2010 champion.

Ultimately, Courtney came away with finishes of 15th and 14th alongside his DNF.

“It was pretty sketchy there,” said Courtney.

“I thought I was going to make it through and then Winterbottom just caught me.

“As I was going sideways across the track, I may have had one or two eyes closed, hoping not to get hit.

“It’s unfortunate, so early in the race, when something like that happens.

“I have no idea what happened or why it happened but I got hit and we’re parked up.

“It’s unfortunate for the guys at Boost Mobile but we’ve got a week to get it ready and we’ll go again.”

Despite retirements for Winterbottom and Courtney, no penalties were handed out as a result of the incident as no driver was determined to be wholly or predominantly to blame.

The Bend Motorsport Park double-header continues with the OTR SuperSprint on September 26-27.