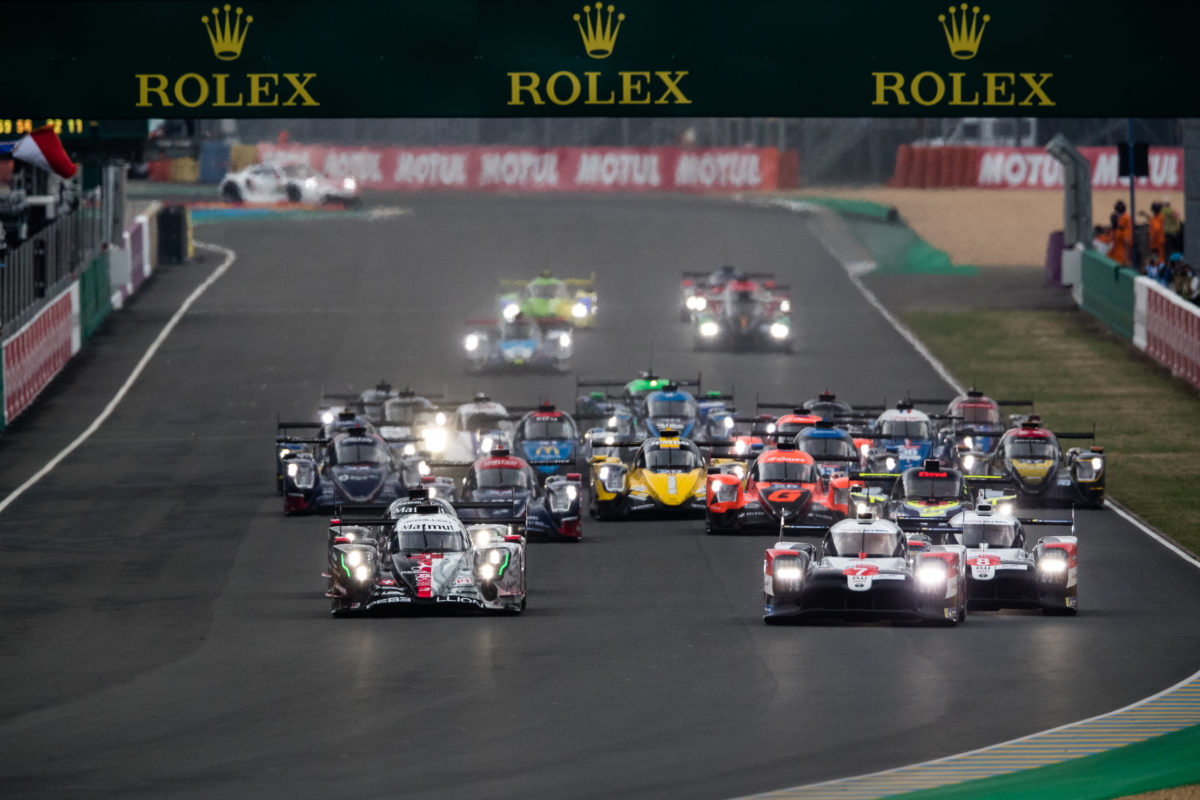 The #7 Toyota leads at the start of the 2020 race. Pic: Harry Parvin/AdrenalMedia.com

Mike Conway led a Toyota one-two through a drama-filled opening hour of the 24 Hours of Le Mans.

Briton Conway enjoyed a trouble-free opening hour behind the wheel of the pole-sitting #7 Toyota TS050 Hybrid, but the same couldn’t be said for the sister #8 entry.

With Sebastien Buemi behind the wheel, the #8 was dragged into the pit lane with a suspected puncture, with the Swiss driver returning to the circuit behind the two Rebellion entries.

Conway was challenged off the start when the race went green, with Bruno Senna firing the #1 Rebellion down the inside into the Dunlop Curve.

Later in the opening lap, Buemi used the hybrid Toyota’s boost to pull alongside Senna at the back of the circuit, only for Senna to hold station and slot into a rhythm.

The drama began to unfold once Giedo van der Garde’s LMP2 #29 Racing Team Nederland Oreca dropped back through the chasing pack. The Dutchman, who started third in class, slowed as the leading #22 United Autosport Oreca, steered by Filipe Albuquerque, raced into the distance.

When Conway caught traffic 20 minutes in, Oswaldo Negri Jr. spun the #61 Luzich Racing Ferrari 488 GTE Evo offline as he attempted to let the #7 through. The Brazilian’s evasive error forced Thomas Preining (#88 Dempsey-Proton Racing Porsche 911 RSR) into a spin of his own and into the tyre barrier. The team later confirmed the #88 as the race’s first retirement.

Van der Garde’s dramas continued with the #29 again returning to the lane and into the garage, but it wasn’t as dramatic a pit entry as the one suffered by Claudio Schiavoni, who spun the #60 Iron Lynx Ferrari at pit entry.

Half an hour in, Rebellion pitted the #3 from fourth with Nathanael Berthon at the wheel. That triggered a spate of LMP1 stoppers, with the #1 Rebellion and #8 Toyota stopping from second and third. 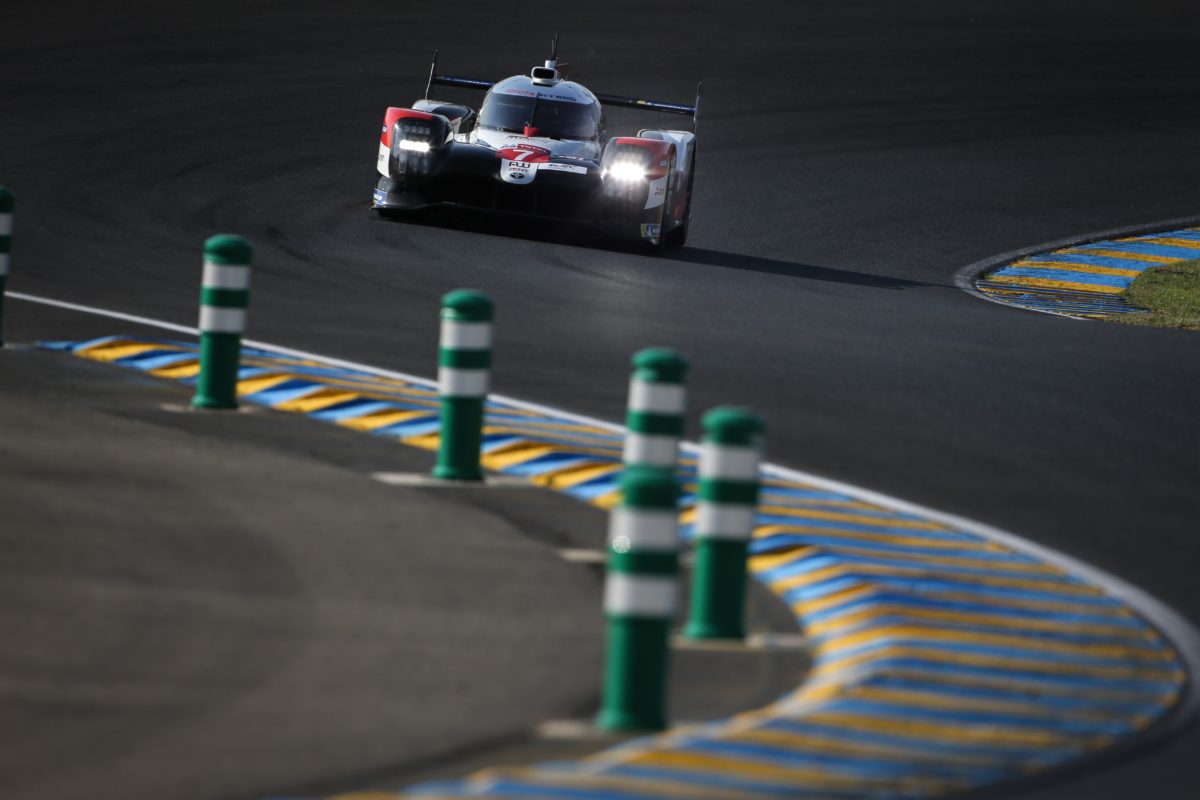 A short-fuelled Buemi managed to clear Senna in the lane despite overshooting his pit mark, with Conway stopping from the lead on the following lap.

Drama again struck at Dunlop Curve when Nobuya Yamanaka rotated the #35 Eurasia Motorsport Ligier to the infield as the Japanese driver attempted to evade traffic.

Yamanaka’s error left the #35 beached in the sand trap, triggering the first slow zone of the race.

All the while, Buemi was slowly suffering from a deflated tyre and was forced into the pits, before regaining second on the road once the two Rebellions – the #3 undergoing an engine cover change – also stopped.

Earlier, Buemi topped a damp Saturday morning Warm Up for the race, with overnight rain seeing most teams reluctant to send their cars out on track.

Just 33 of the 59 participants set a competitive lap time in the 15-minute session. Neither the two Rebellion cars or the sole ByKolles entry set a lap time.

The race itself is expected to be affected by wet weather, with forecasts predicting heavy rain on Saturday night and in the early hours of Sunday.

The final stints of the race may also be affected by rain.