Confidence high at Kelly Racing after near double podium

Confidence high at Kelly Racing after near double podium 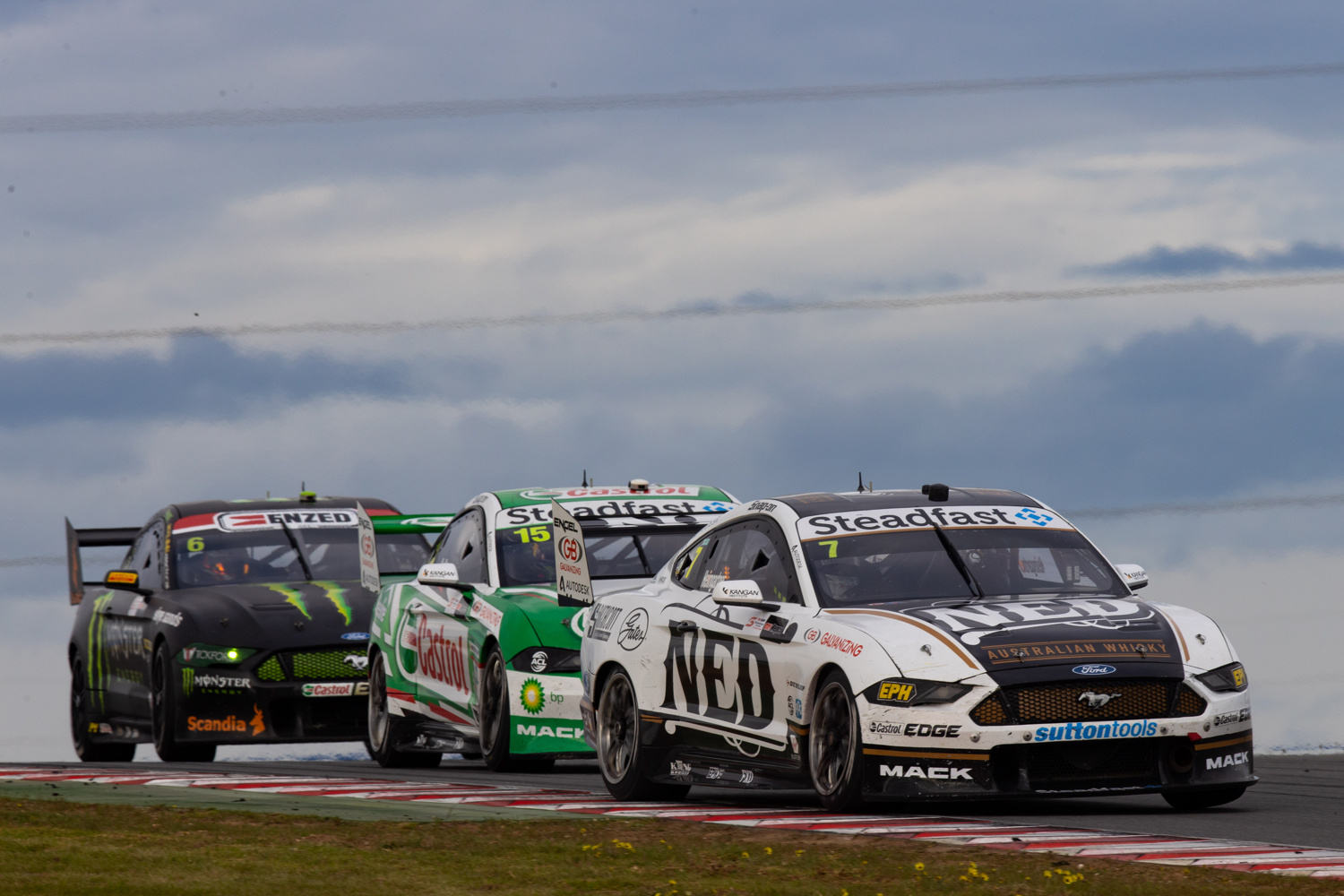 Heimgartner and Kelly finished fourth and sixth respectively at The Bend

Andre Heimgartner and Rick Kelly are both riding a wave of confidence having come close to a double podium at The Bend Motorsport Park.

Race 25 of the Virgin Australia Supercars Championship at the Repco SuperSprint was won by Fabian Coulthard in a race dominated by tyre degradation and pit stop strategy.

Heimgartner was the first of the Kelly Racing pair to pit on Lap 6 while Kelly opted to run longer and pit on Lap 12.

An early stop for the Ned Racing driver relegated him to 18th, eventually climbing back to finish fourth after a frenetic finish to the race.

Kelly, meanwhile, got as high as the lead of the race before falling to third before his pit stop.

Once he pitted, the Castrol Racing driver dropped to 13th before recovering to sixth.

Both Ford Mustang drivers felt they could have been on for a podium, Kelly going so far to suggest he could have won the 24-lap affair if he had pitted slightly earlier.

However, the 2006 champion said he was stoked to be inside the top 10 after a string of hardships in Darwin and Townsville.

It’s the first time since the second of the Sydney SuperSprint events that Kelly has finished inside the top 10, equalling his season best finish of sixth.

“I guess we need to remember where we came from last week and that was a pretty tough qualifying effort and tough race result.

“So to grab a fourth and a sixth is fantastic, but we could probably have been on the podium.

“We hung ourselves out to dry when we pitted. The strategy side of things is always a very complex beast as we know and we just went a little bit late.

“Effectively it would have been in between where first and second was. It’s a tough one because you can’t get a trophy very often and today I think we let one slip away.”

Heimgartner was mired in the battle for the podium, which ultimately saw him finish fourth behind first-time podium finisher Bryce Fullwood.

For the 25-year-old, it was a return to form of sorts, who, like Kelly, has struggled of late.

The Kiwi said he was happy to finish just shy of the podium, backing up a 10th place qualifying effort earlier in the day that he labelled no fluke.

“For the team, the last four rounds have been pretty difficult, so to be up there and to have Rick’s car sixth and mine fourth, that’s really good,” said Heimgartner.

“I’m really happy but unfortunately when I was trying to get past Chaz (Mostert) I just had a bit of aero wash, the cars are so sensitive to high speed and just ran a wheel off and Bryce got past and that was for the podium.

“Coulda, shoulda, woulda, but anyway, we’re really happy to be in the position we are and it’s really positive going into tomorrow.”

The Virgin Australia Supercars Championship field is back on track from 09:20 local time/09:50 AEST for a pair of 10-minute qualifying sessions.