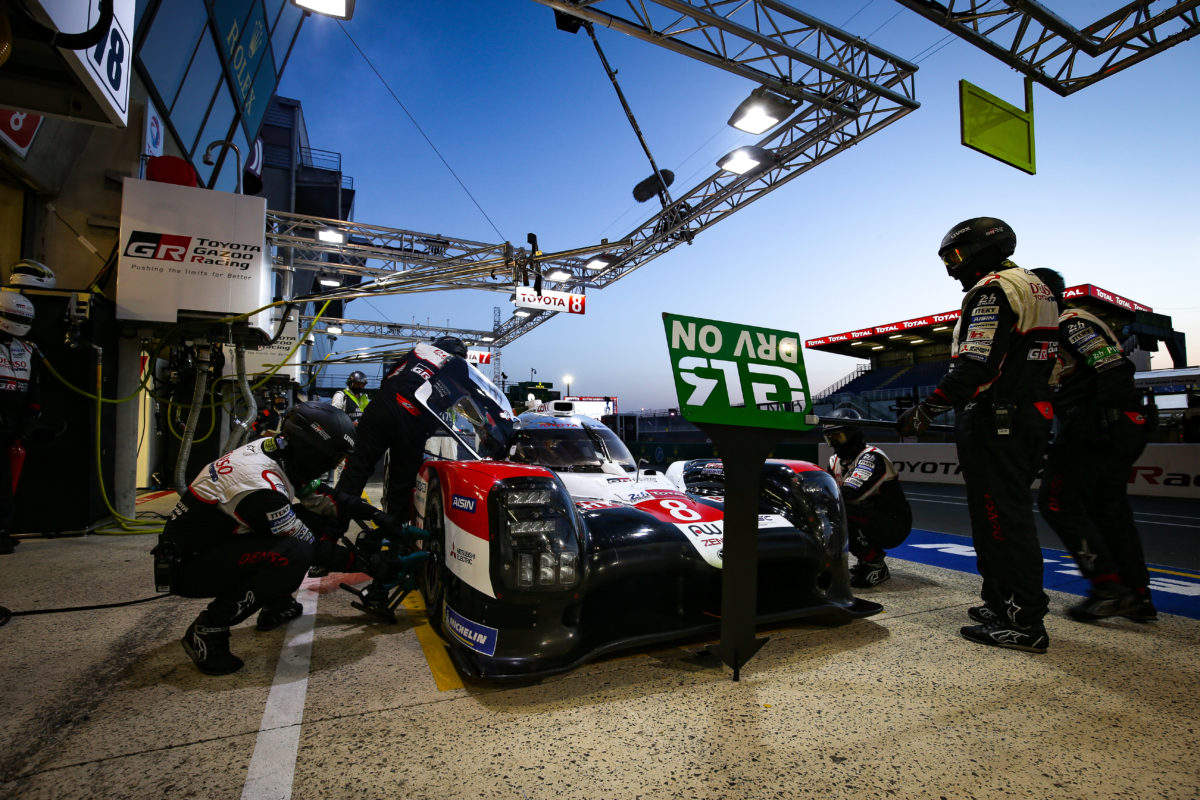 The #8 was the first Toyota to hit trouble pic: Harry Parvin/AdrenalMedia.com

Overall race honours were up for grabs at the halfway mark of the 24 Hours of Le Mans with both Toyotas striking trouble.

Through 12 hours, Kamui Kobayashi held a near-two-lap lead over teammate Brendon Hartley, with the #8 dropping time due to brake issues.

However, the #7 was brought into the garage shortly after the halfway mark with a suspected turbo issue, bringing the #8 back into contention.

Just before the six-hour mark, with Toyota carrying a one-two formation, a prolonged Safety Car period was called following an accident at the Porsche Curves for Alexander West (#52 AF Corse Ferrari).

The 30-minute full course yellow brought the two leading Toyotas back together, with Kazuki Nakajima (#8) leading Jose Maria Lopez (#7) at the restart with the privateer #1 Rebellion one lap down.

The Safety Car was called a second time following a heavy crash for Tristan Gommendy (#30 Duqueine Oreca) at the first Mulsanne chicane. A third full course yellow was later called to allow marshals at the site of the accident to return to their posts.

With the race neutralised, Toyota brought in the #8 for a full front-right brake change, the car having suffered from overheating brakes for much of the race.

Efforts to clean the brake ducts during the stop didn’t rectify the issue, with the car wheeled in for repairs. 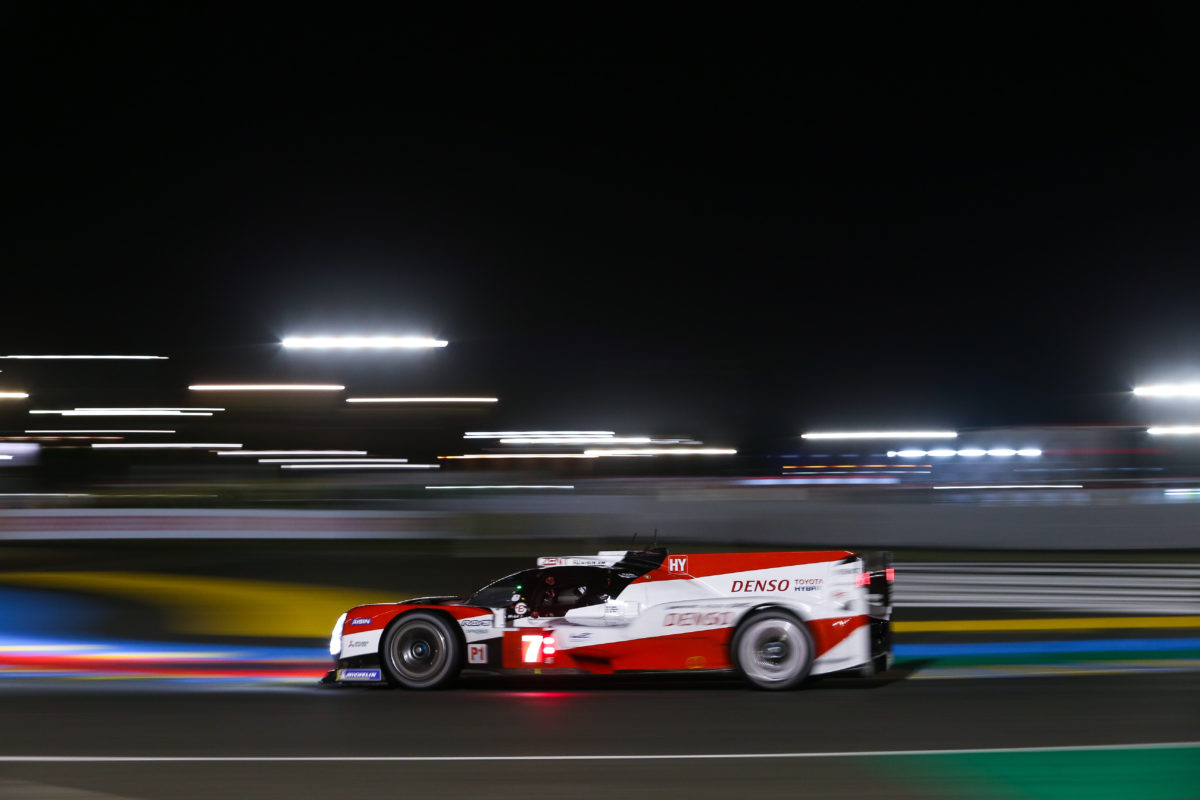 The #7 Toyota led to halfway before it struck turbo issues pic: Harry Parvin/AdrenalMedia.com

Nakajima was sent back out in third place, behind the #1 Rebellion and a full lap plus two minutes behind the leading #7.

Nakajima was later released into second once the #1 Rebellion, with Norman Nato behind the wheel, made a pit stop.

Later, Bruno Spengler (#4 ByKolles) suffered a frightening moment when the rear wing fell off his car the Esses, with the Canadian hitting with the wall. He managed to return the car to the pits for repairs.

Drama also struck the LMP2 runners, with leader Gabriel Aubry stopping at Porsche Curves in the #37 Jackie Chan DC Racing Oreca. Aubry managed to limp back to the pits, but the car was out of contention for class honours.

Through 12 hours, United Autosports held a one-two with the Hyperpole-winning #22 (Paul di Resta) clearing #32 (Will Owen) on track.