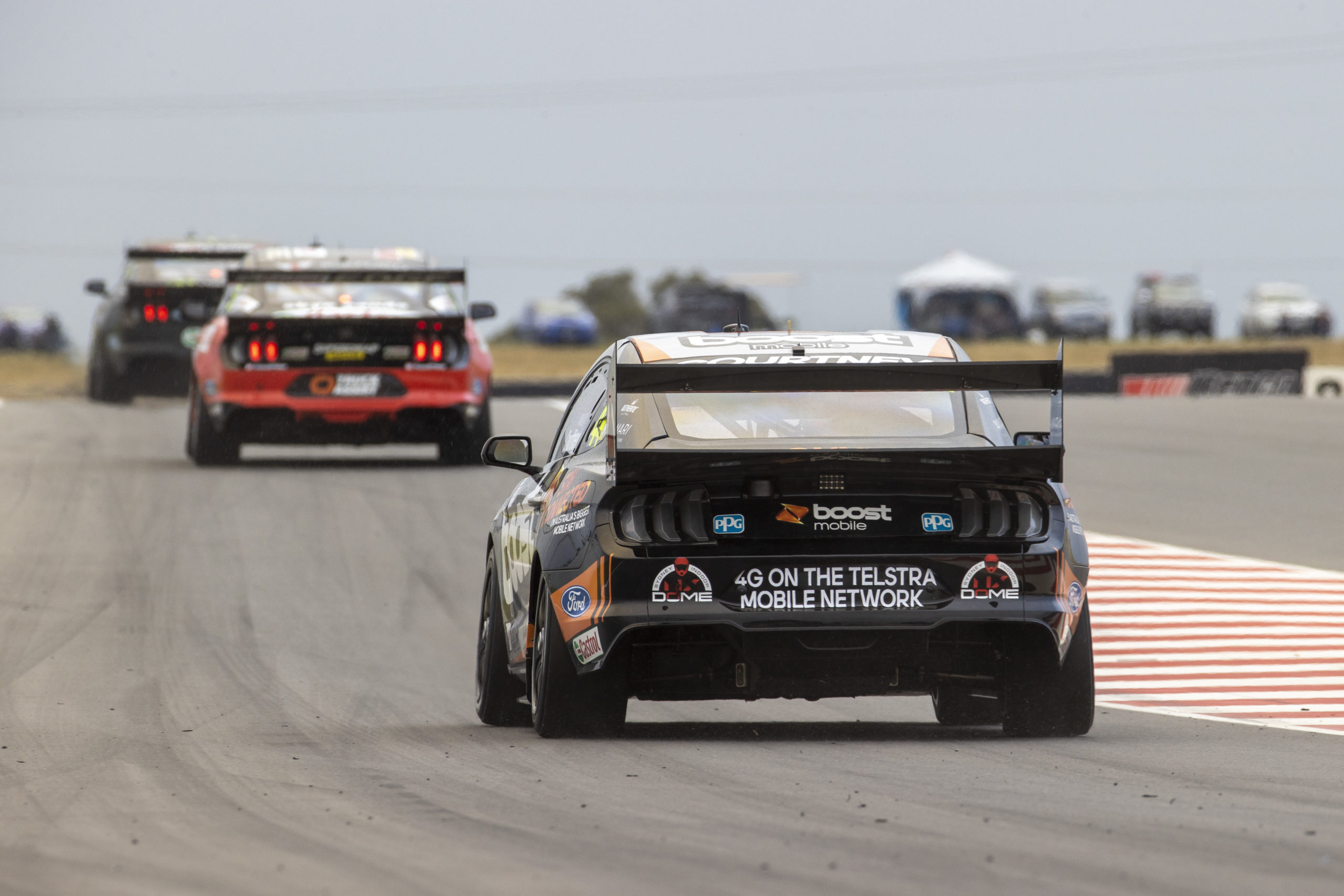 James Courtney said he made a mistake while trying to ‘have a crack’ in a bid to match his Tickford Racing team-mates in Qualifying for Race 26.

The Boost Mobile Racing driver only set one flying lap in Qualifying for Race 26, ending the session 5.7s adrift of the top time set by Scott McLaughlin.

Courtney lamented an ill-handling car and a mistake on his sole flyer, which meant he qualified 24th.

The Tickford Racing driver recovered in the second instance with 13th place in Qualifying for Race 27.

Courtney accepted blame for the mistake in the first session, but was buoyed by his pace in the second instance.

“Yesterday I was lifting through that quick kink (Turn 5),” Courtney explained.

“We changed the car and all the other boys were flat so, balls out, have a crack, went through flat, got on the exit kerb, got a bit of (brake) knock-off, and then went deep into (Turn) 6 and then missed (starting) another lap by one second.

“It’s disappointing. It’s all on me, just having a crack,” he added.

“Then in the second one we struggled with understeer. In the high-speed stuff, it’s mint, down through that long section. Straight brake is really good. It’s the moment we try to induce a bit of (steering) lock whilst braking, it just grabs that front corner and just drags it in.

“A few things to tidy up. I just put all my eggs in the second race. The first one’s going to be a show, guys, so watch out.”

Team-mate Cameron Waters led the charge for TIckford Racing with sixth and seventh across the two sessions.

Lee Holdsworth was ninth and 16th across qualifying while Jack Le Brocq qualified 14th and 11th.