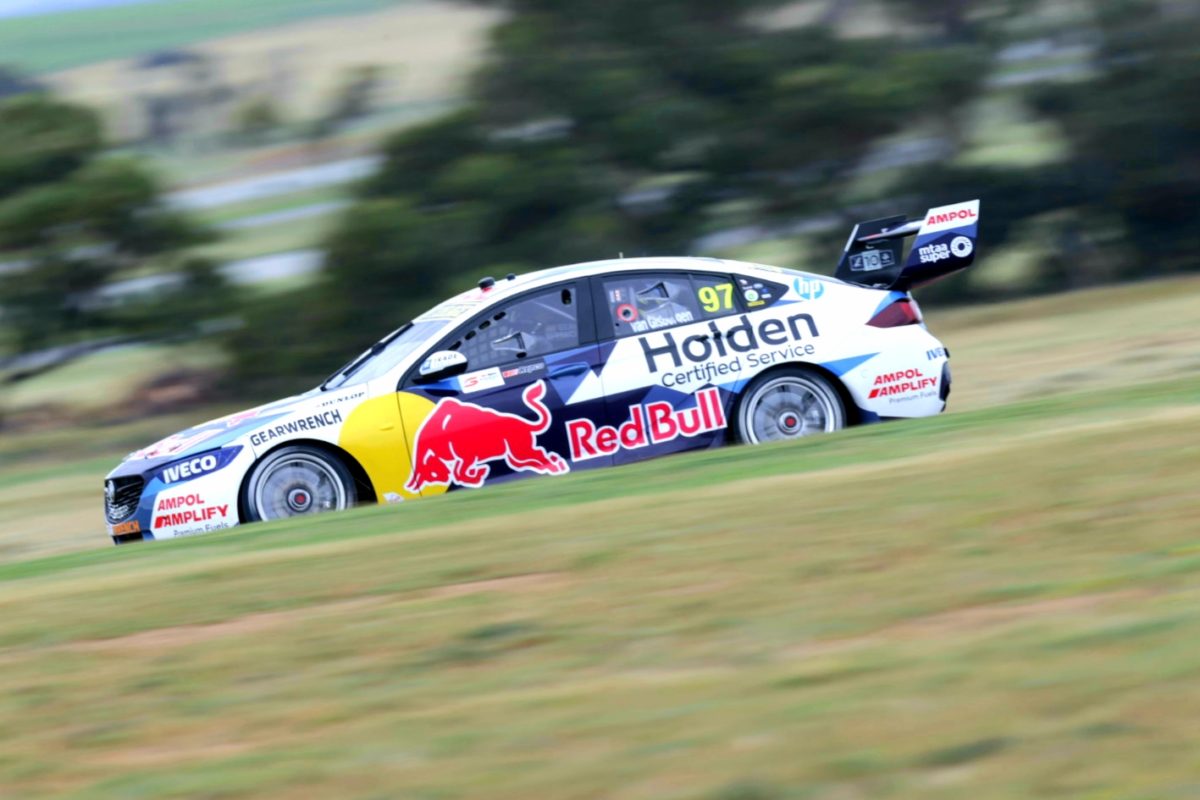 Shane van Gisbergen has set the pace in a rain-affected first all-in practice session at the Repco SuperSprint The Bend.

Light rain began to fall almost as soon as the half-hour hit-out began and while it was persistent, all 24 drivers ran on soft slicks throughout.

Van Gisbergen was among the last to finish the session and did so with a 1:48.1215s in his Red Bull Holden which knocked Walkinshaw Andretti United rookie Bryce Fullwood off top spot by 0.1366s.

Macauley Jones (#3 CoolDrive ZB Commodore) started with a 1:50.1100s, faster than he had gone in setting the pace in the Rookie Practice session just prior and 0.2900s up on McLaughlin, who was fourth after the initial flyers.

Despite the rain appearing as that was going on, McLaughlin moved into the lead with a 1:50.0220s next time around in his #17 Mustang.

Van Gisbergen crept up to a 1:49.9182s on a relatively early second run despite periodically using the windscreen wiper, consolidating his hold on second position.

He remained there until DJR Team Penske duo Coulthard and then McLaughlin took over first position with a 1:49.6754s and 1:49.4362s respectively.

McLaughlin was still quickest until Tickford’s Lee Holdsworth got all the way down to a 1:48.6259s in the final three minutes which would ultimately leave the #5 Truck Assist Mustang fourth on the timesheet.

Such was the time, Chaz Mostert (#25 Mobil 1 Appliances Online ZB Commodore) was still eight tenths slower when he subsequently moved into second position, and Mark Winterbottom (#18 Irwin Tools ZB Commodore) half a second back when he usurped his fellow former Tickford driver.

Another current Tickford driver in Waters then set the 1:48.5444s which would be good enough for third-fastest.

With the chequered flag out, Fullwood clocked a 1:48.2581s to go back to the lead before van Gisbergen’s 1:48.1215s, during which he used up all of the track and then slightly more exiting the final corner.

Winterbottom was shuffled back to 11th with the time which had him second at one point, while David Reynolds (#9 Penrite ZB Commodore) ended up 12th and Mostert 14th.

There were a number of offs during proceedings, the most spectacular of which being Scott Pye’s spin off the string of right-handers, just over 10 minutes in.