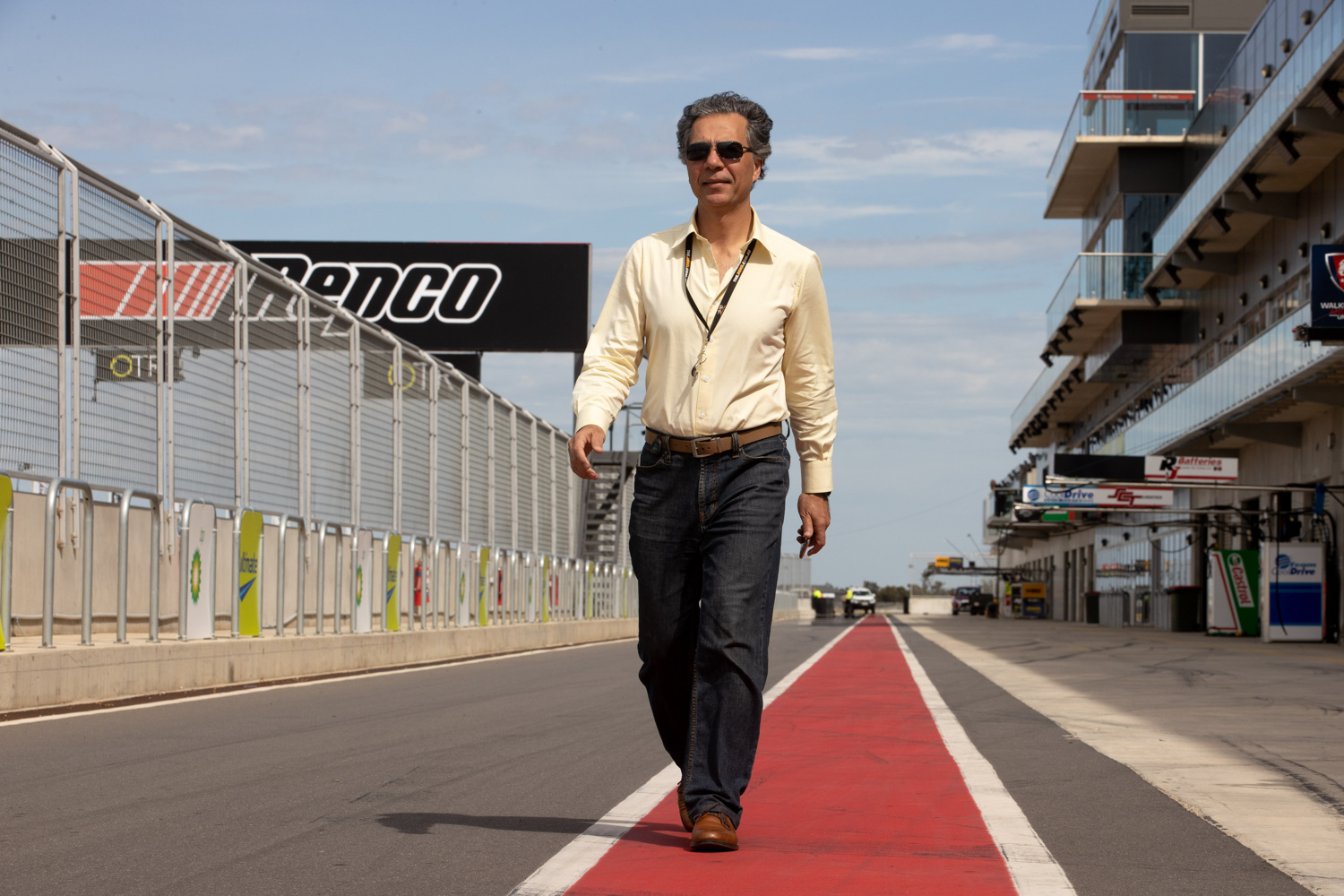 The Bend Motorsport Park owner Sam Shahin has detailed the ‘sobering’ task to plan and facilitate a Supercars double-header in only 21 days.

For weeks, Queensland Raceway was touted as the saviour for the Virgin Australia Supercars Championship as it sought to add rounds to its already challenged 2020 calendar.

However, late in the piece, a deal was done between Supercars and The Bend to see the circuit in South Australia host back-to-back events.

The contract was signed on August 28 and the announcement followed on August 30, giving the circuit management three weeks to organise not just one, but two events.

In normal circumstances that would be a challenge in itself, let alone in the midst of a global pandemic which has stifled motorsport across Australia.

For Shahin and his team at The Bend, it was a “mammoth” undertaking, especially considering more than half a year of planning usually goes into the event year on year.

“It was a very sobering exercise to have a t-minus 21 days as the outlier for the start of preparation.

“We’ve been working 16- to 18-hour days for three weeks to get the place ready.”

The coronavirus pandemic posed its problems too.

Spectator numbers have been limited for the Repco SuperSprint and OTR SuperSprint to comply with COVID-19 restrictions.

That’s had an impact on staples of the event, particularly merchandisers and food vendors who Shahin couldn’t give certainties surrounding attendance.

“Calendars are normally set in October or November each year, and each venue has got plenty of time,” said Shahin.

“Recruitment of officials and volunteers has been one of the main challenges. Motorsport works in Australia, as it does all over the world, on the incredible support of volunteers and officials that just absolutely live and breathe motorsport and provide their time for events like this.

“Getting a paddock ready, ramping up food vendors, merchandise vendors, a lot of those that rely heavily on projected spectator numbers has been an incredible challenge.

“We just have not been able to give any of those vendors a reliable projection of what they should expect. Does a sandwich bar prep for 1000 burgers a day or 10,000 is a real challenge.

“The other major complication has obviously been providing and putting together a COVID-safe plan to operate a venue with a projected number that we had to kind of guesstimate.

“I’ve got to take my hat off to the authorities, both in SA Health and the South Australian Police Service that have really bent over backwards to try and assist, and to get us to have a COVID plan approved within an incredibly short time and to be able to safely manage the crowds expected.

“So it’s just a compression of all the work that would have needed to be done over six months into a very, very short period of time. I’m very pleased that we are here.”

The Bend Motorsport Park was initially a victim of the coronavirus pandemic, having been cut from the Supercars calendar to make way for Sandown International Motor Raceway.

In the slew of calendar changes that followed, a void was ultimately created that needed to be filled.

Shahin said he never gave up hope on having a Supercars event at his circuit in 2020, despite the obstacles the pandemic has posed.

He pushed on several occasions to have Supercars add The Bend to the calendar, going as far as to offer the circuit as a hub and run as many as four events on different layouts.

“And with that background, I guess there was always the potential and opportunity we’ll come up with bringing Supercars back to The Bend.

“As the season progressed, that window closed down significantly when it got into July and early August and there were really early indications that the season would sensibly end at Bathurst, so the opportunity became very, very small to bring Supercars back here.

“So, I guess from my point of view, I just made sure that I kept in contact with the good people at Supercars and kept presenting the venue’s credentials to host an event or two.”

For Shahin, the return of Supercars to The Bend is a major coup.

Earlier this year he was open in his dissatisfaction that Supercars had snubbed the circuit for another venue, issuing a critical response to one of the several calendar revisions.

Shahin said he felt slighted given the work he and his team had done, but is adamant those issues are behind him now.

“It is very personal,” said Shahin.

“I’ve put my life into The Bend. My blood and soul is in this place.

“And yes, it’s very difficult to separate the personal aspect from the pandemic circumstances that have affected everybody.

“And in the most objective manner, if it is possible to do that, I genuinely felt that The Bend belongs on the motorsport calendar, irrespective of the circumstances.

“That is bygone now. Everybody has moved on. We have a respectful relationship with Supercars and with all the authorities.

“We don’t necessarily agree all the time on everything, but that’s the nature of any business and Motorsport is no different.

“I just hope the motorsport public from South Australia can continue to support the event and support the venue.”.

For two weekends in a row, Supercars will grace The Bend Motorsport Park on the International Circuit and the West Circuit.

Shahin said he’s excited to see the double-header come to fruition in such a short timeframe and he’ll be satisfied once the cars rolls out onto the track for the first time.

“It’s been a mammoth task, but in some respects, an incredibly satisfying phase just to see so many people step up, not just from within our organization, but from the entire motorsports community,” said Shahin.

“This is a big event. This is an event of a world standard event, and it commands the preparation of such an event.

“I’m so proud to just see a pit lane bustling with activity and the place looking an absolute treat.”