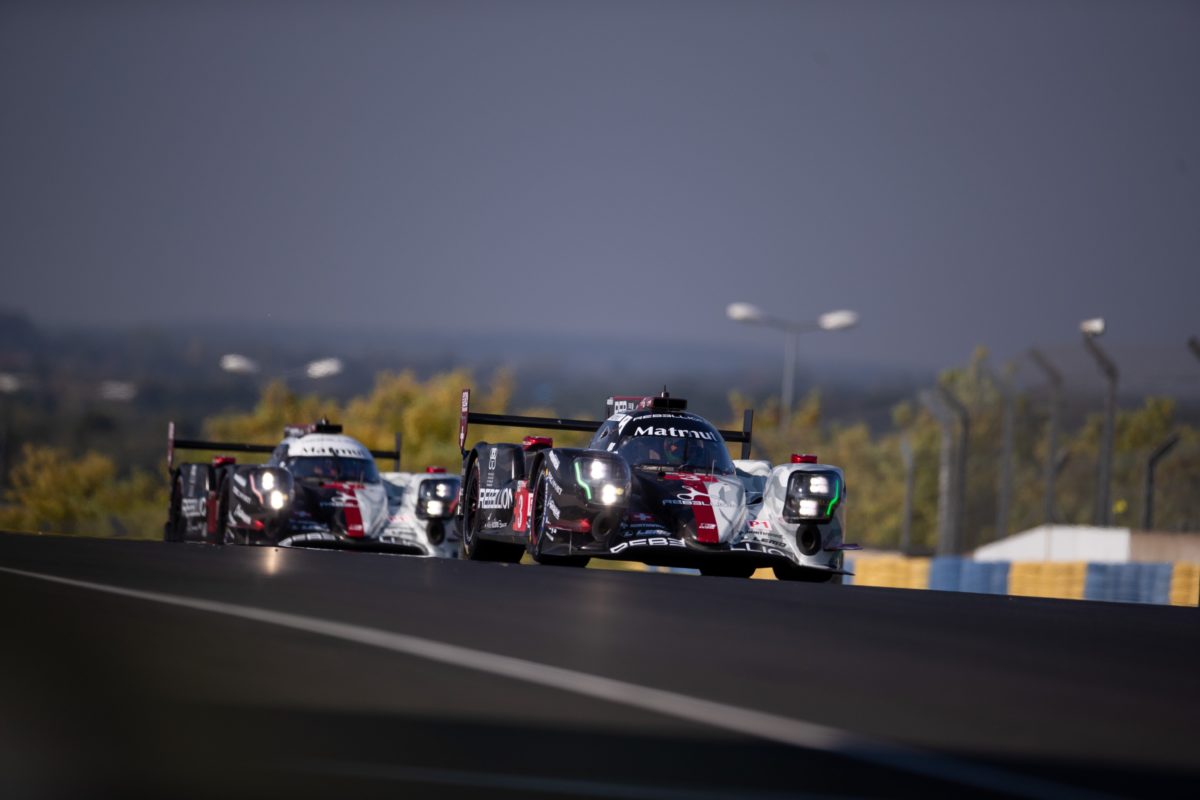 Rebellion managed to split the Toyotas in Hyperpole pic: @RebellionRacing

The new Hyperpole qualifying format for the 24 Hours of Le Mans proved a hit for both the Toyota and Rebellion LMP1 teams following a thrilling battle for pole.

While Kobayashi was a “little bit disappointed” not to lower his own lap record time, the session provided another major surprise with American Menezes splitting the two Toyotas.

The battle for overall race honours is expected to be between the Toyotas with no success handicaps present at Le Mans to hamper either entry.

However, Rebellion’s consistent pace in practice and qualifying has the race set up for an upset result after the shock Hyperpole time sheets.

The Hyperpole session, which saw the fastest six cars in each of the four classes in Thursday’s first qualifying session go through to a 30-minute shootout on Friday, saw a clean battle for pole due to the reduced amount of traffic.

Kobayashi’s pole-winning 3:15.267s lap could have been lowered after the Japanese driver exceeded track limits at Tertre Rouge, forcing the 34-year-old to abandon his lap and the chance to break his own 2017 track record.

However, while Kobayashi was just 0.467 seconds off his 2017 record, Menezes set the fastest ever non-hybrid lap to miss pole by just over half a second, making for a result few saw coming.

“(The track) was never completely clear but still there was a better opportunity to get less traffic, so I think you have more chances of doing a good lap time,” Kobayashi said.

“I think (Hyperpole) was a good idea, because at Le Mans normally there are so many (cars) that you almost never get a clear lap.”

Two-time defending race winner Nakajima added: “Everybody was good at getting away from the (racing) line, I was quite happy with that.

“Everybody basically understands that when you get a flash you see that (the driver behind) is on a flying lap. It’s much better than normal qualifying in terms of traffic.” 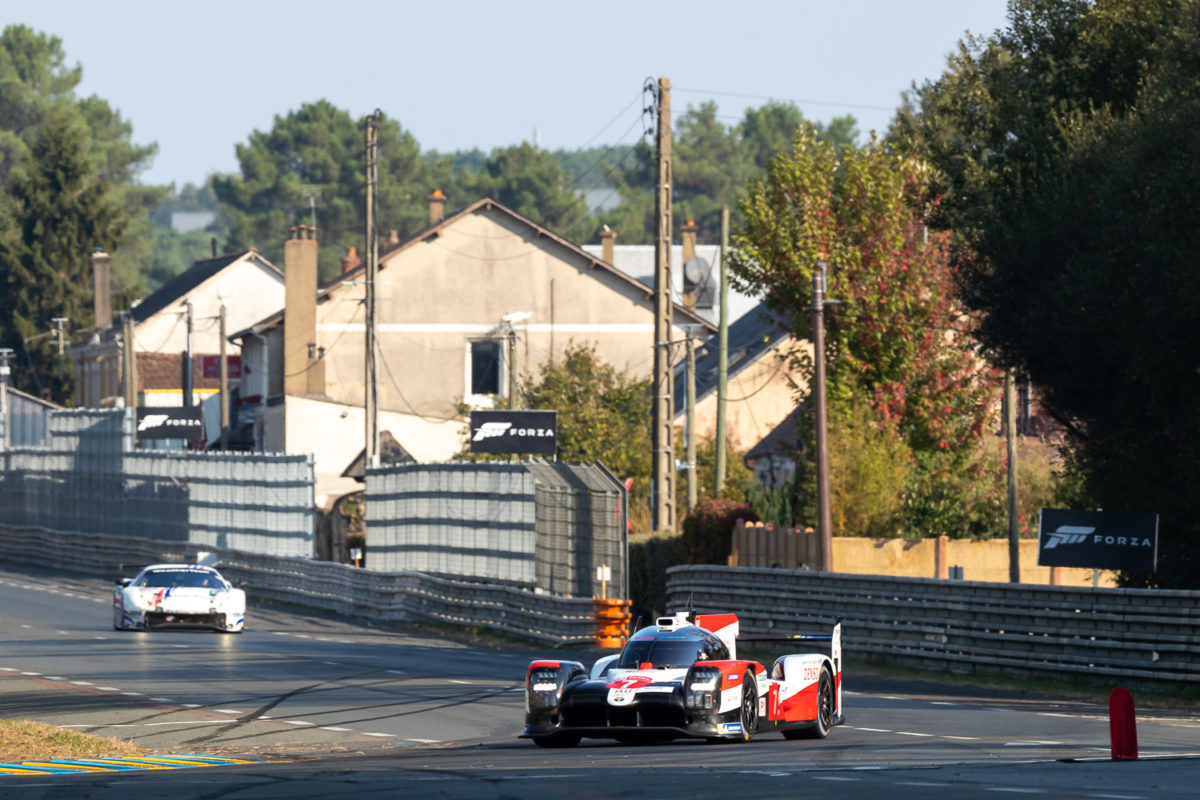 Toyota’s technical director Pascal Vasselon explained that the two exclusive sets of tyres, coupled with only “professional” drivers featuring in the Hyperpole session, allowed for the intense time attack.

“The Hyperpole format allowed us to have two runs with two sets of tyres, which we didn’t do very often in the past,” Vasselon said.

“It allows the driver to fine-tune every single corner, this makes a big difference. For sure the track grip and the Hyperpole format have contributed to the fact that it could have been possible to beat the record.

“It’s definitely an interesting format because it makes the usual traffic less frustrating. It’s much more satisfying to have a format with few cars, and nearly only professional drivers.”

Menezes, who was 0.555 seconds off pole in the #1 Rebellion R-13, was pleased he could have a clean run at the Toyotas and was “surprised” to end up on the front row.

“Every time I came around a turn, the delta got faster,” said Menezes, who will share with Bruno Senna and Norman Nato.

“We got one perfectly clear lap and when I came out of the Ford chicane, I saw on the dash ‘3m15s’ and I thought, ‘oh my gosh, that must be one of the three or four fastest times around Le Mans’.

“It was an extremely clean lap… it was pretty damn close to a perfect lap.

“We went into qualifying thinking a top four would be good, and we got on the front row. It really surprised everyone, including myself, so really happy with it.”