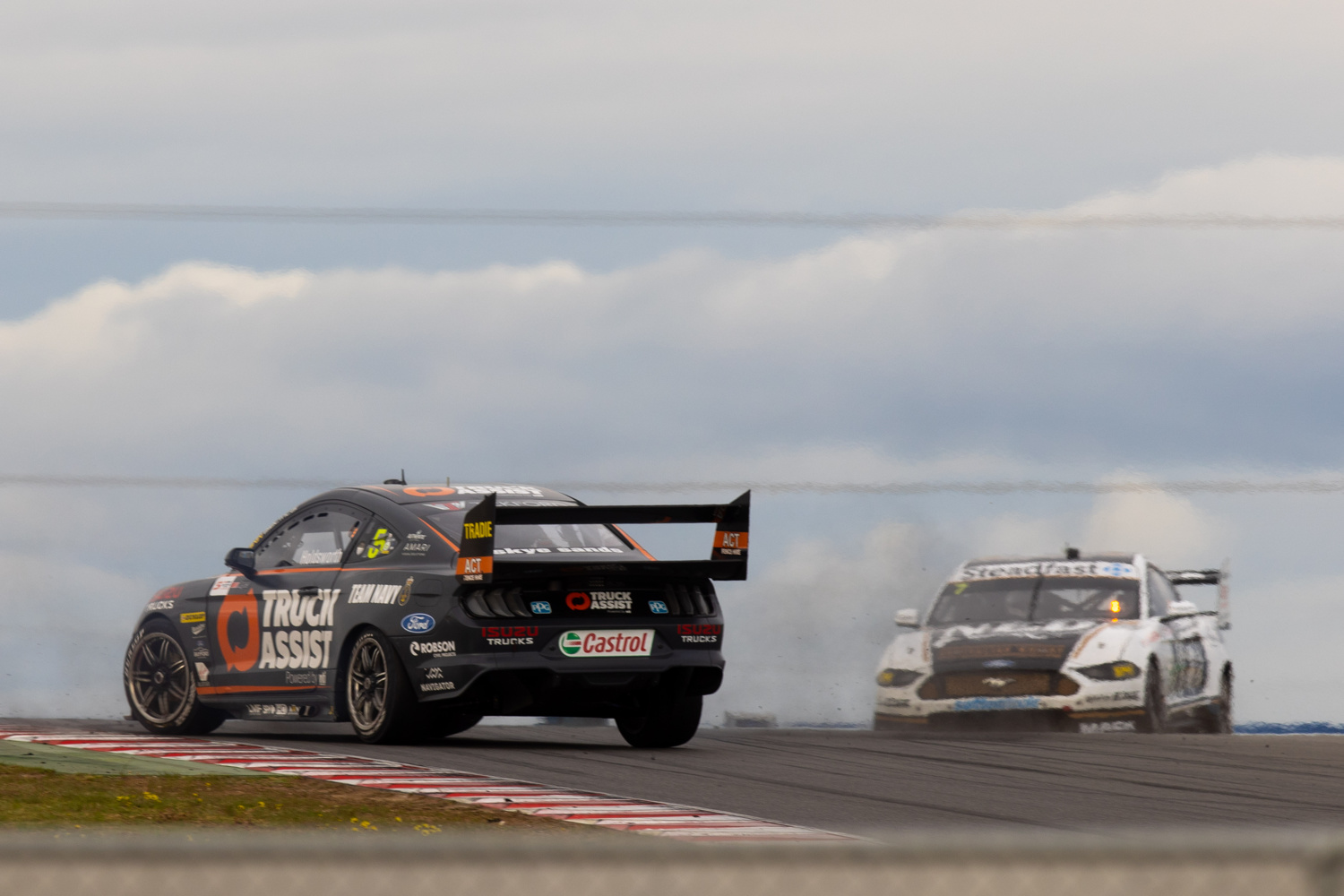 Holdsworth was spun late in Race 25

Scott McLaughlin says he shouldn’t have been penalised for an incident which Lee Holdsworth said was made in unnecessary desperation.

Holdsworth was left perplexed after he was turned around by the Virgin Australia Supercars Championship leader in what was a dramatic weekend opener at The Bend Motorsport Park.

Holdsworth had fought through from ninth to fourth with four laps to go in Race 25 before the collision with McLaughlin.

The Shell V-Power Racing Team driver got to the inside of his Truck Assist Racing rival at Turn 14; however, the pair made contact.

Holdsworth spun and fell to 13th where he would finish while McLaughlin crossed the line in third, but fell to 15th due to a 15-second time penalty.

McLaughlin said he was pushing to get back onto the podium, which he had hoped to share with eventual race winner Fabian Coulthard.

“The move with Holdsworth, for me, was on, and I had a crack,” said McLaughlin.

“I wanted to get on the podium with my team-mate, congrats to Fabian for the win, but for some reason, the stewards didn’t agree with it.

“I fully understand being in control of your car and diving down the inside. But the whole time I was completely in control, there is no lock-up on my front left and the guy on the outside has to give you some space.

“It’s up to him as well. I couldn’t go any further on the left. What do you do? I don’t agree with it at all.”

Holdsworth hit out at McLaughlin, who deprived the Tickford Racing pilot of a potential top five finish.

The 37-year-old had been in the fight for the lead of the race, at the time of the incident was headed by Shane van Gisbergen, Coulthard, and Jack Le Brocq.

Holdsworth was left perplexed by the incident, which he believed was unnecessary.

“I think he’s driving in desperation for some reason,” said Holdsworth.

“I don’t know why he would, he’s got the championship nearly in the bag. It’s a bit disappointing.

“I gave him room, I saw him go for the pass so I gave him a car width on the inside and he just tagged me mid-corner when it got as much load on the rear as possible and it spun pretty easily from there.”

McLaughlin and Holdsworth will have two further opportunities for redemption tomorrow at the Repco SuperSprint.