Kobayashi ‘disappointed’ not to break own Le Mans lap record

Kobayashi ‘disappointed’ not to break own Le Mans lap record 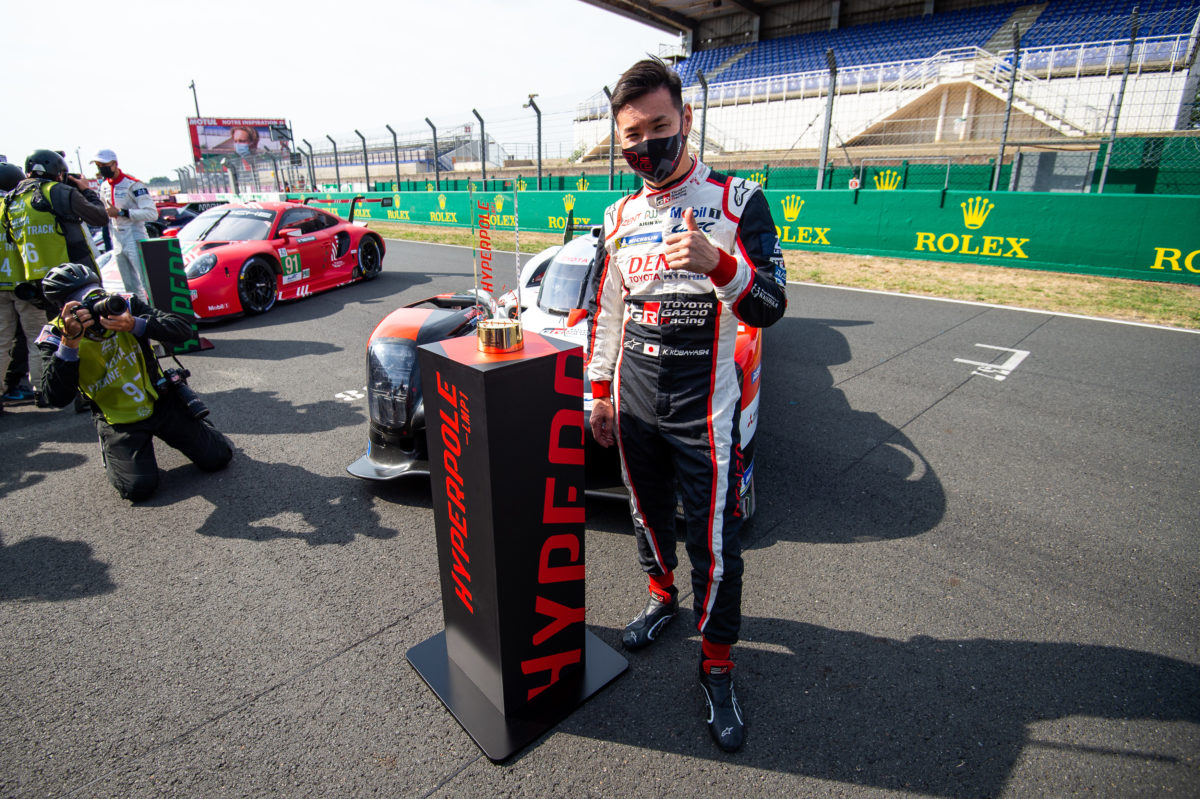 Kamui Kobayashi admitted he was a “little bit disappointed” not to break his own La Sarthe lap record despite taking pole for Toyota ahead of this weekend’s 24 Hours of Le Mans.

Kobayashi steered the #7 Toyota TS050 Hybrid to pole in Friday’s thrilling Hyperpole session, with the Japanese driver’s 3:15.267s flyer over 1.3 seconds clear of the sister car with Kazuki Nakajima behind the wheel.

Gustavo Menezes sprung a surprise in the privateer #1 Rebellion entry to split the two Toyotas, with the American setting the fastest ever lap by a non-hybrid entry at Le Mans.

However, after Hyperpole, there remained a case of what could have been for Kobayashi, who missed out on lowering his outright lap record from 2017 by 0.476 seconds.

The Japanese driver was on course to break his record on his final lap, only for the #7 to exceed track limits and void the expected record lap time.

“To be honest I’m a little bit disappointed because on my second attempt I think I could have broken my record,” the 34-year-old said.

“I think the car was pretty good and track conditions seemed good in Hyperpole. We were more confident (without) traffic so we could concentrate on performance.

“I think we did the right move, but unfortunately I had a lap deleted so I had to stop, but I was gaining seven-tenths which is breaking the record.

“It’s a big shame but this is how it is. The team did a great job and I was confident with the car. Hyperpole is a great opportunity to drive at Le Mans without traffic. It’s a fantastic feeling.” 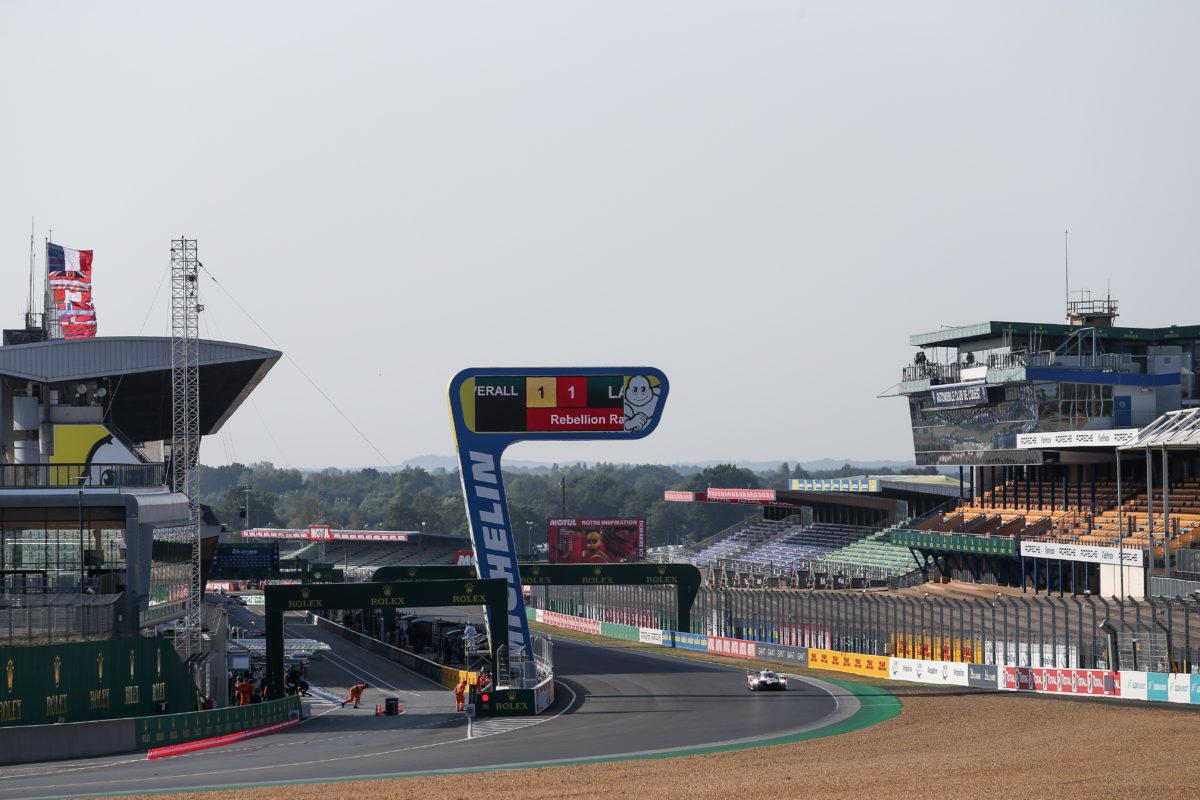 The #7 was in a league of its own in Hyperpole. Pic: Toyota Gazoo Racing

Kobayashi, who will again be partnered by Britain’s Mike Conway and Argentina’s Jose Maria Lopez, said he was “hungry” to claim the elusive Le Mans win which has fallen to the sister #8 entry the last two years.

However, with Rebellion showing clear pace in Free Practices 3 and 4, and with Menezes’ Hyperpole flyer raising eyebrows, the race won’t be a cakewalk for Toyota with the #8 unexpectedly missing the front row.

Regardless, winning Hyperpole was a step towards redemption for the #7 crew, with track position to be key at the front with Le Mans featuring no success handicaps.

“After last year, we are definitely hungry to win the 24 Hours of Le Mans. We are always pretty quick here but we have never won somehow.

“The same thing often happens at the 6 Hours of Spa-Francorchamps but we won there this year, so we’ll see and we’ll try our best.

“The 24 Hours of Le Mans is always a special race. You always have to give your best. I believe in my team and my teammates.”