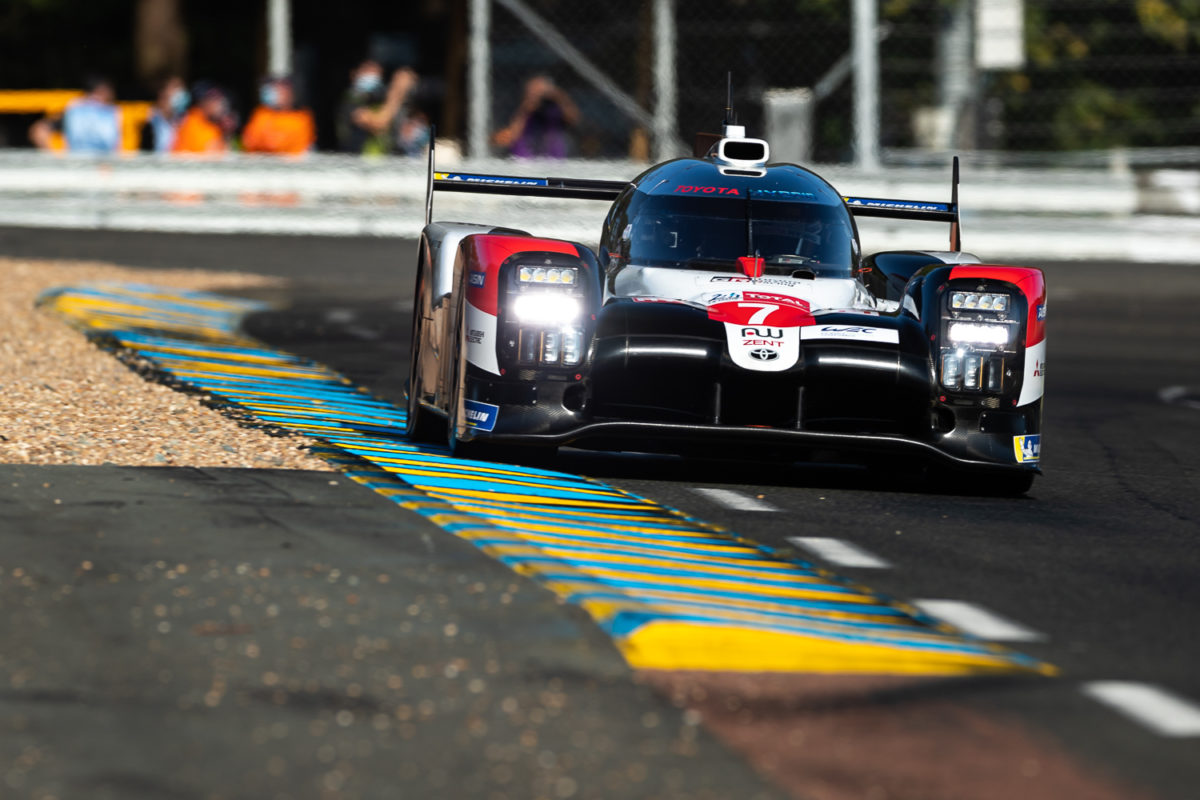 The #7 Toyota will start from pole for the race. Pic: PSP Images

The lap record went begging, but Kamui Kobayashi and Toyota claimed pole position for the 24 Hours of Le Mans with the Japanese driver setting the fastest time in the first-ever Hyperpole session at La Sarthe.

Kobayashi was on course to break his own lap record on his final effort in the 30-minute session, before a track limits breach saw his last-gasp bid denied.

Critically, the two Toyota Gazoo Racing entries were split by the #1 Rebellion, with Gustavo Menezes impressing to second for the privateer squad.

The Hyperpole session was held exclusively for the top six runners from each class from Thursday qualifying, with Kobayashi the form man heading into Friday’s shootout despite Menezes topping the day’s earlier Free Practice 4.

Regardless, an exercise of “pure speed” delivered as records tumbled in the session, with the LMP2 and GTE Am markers both lowered.

The 30-minute session, which commenced at 11:30 local time, was held under overcast skies with an ambient temperature of 21 degrees, with the track temperature hovering around 29 degrees.

With 20 minutes remaining, Menezes raised eyebrows when he fired the #1 Rebellion to the top with a 3:15.822s, albeit by just 0.098s over Kobayashi.

The Menezes lap was also the fastest ever by a non-hybrid entry, with the American besting the 3:16.159s clocked by Egor Orudzhev for SMP in 2019. 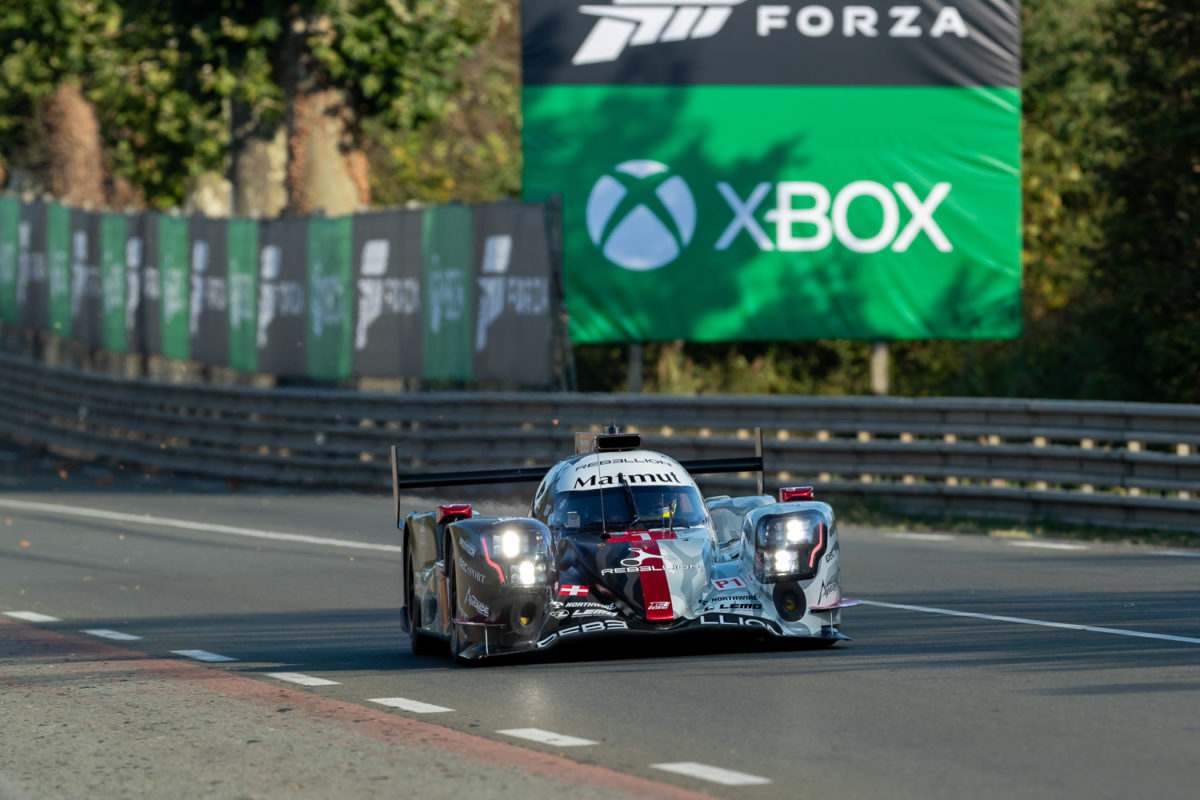 Kobayashi returned to drop in a 3:15.267s to reclaim P1 by 0.555s, with Nakajima over a second down in third and critically, behind the #1 Rebellion.

Nakajima improved his time with two minutes remaining, yet couldn’t improve his position as Menezes loomed to split the Toyotas.

On his final lap, Kobayashi was setting personal bests and closed on a new lap record, before the stewards denied his effort following a track limits breach.

Kobayashi sealed his third Le Mans pole, a fourth consecutive for Toyota, and the 30th all-time for tyre constructor Michelin.

Paul di Resta was the benchmark in LMP2, which features a race-high 22 entries.

Di Resta steered his #22 United Autosports Oreca to class pole ahead of Jean-Eric Vergne (#26 G-Drive Oreca) and Friday fast man Nyck di Vries (#29 Racing Team Nederland Oreca), who recovered from a high-speed off at the Porsche Curves on his first run to set the third fastest time in class.

GTE Pro Hyperpole fell the way of the the #91 Porsche GT Team crew and Gianmaria Bruni, with the Italian setting a 3:50.874s to go two tenths quicker than the #51 AF Corse Ferrari of James Calado.

Come Ledogar claimed GTE Am pole in the #61 Luzich Racing Ferrari 488 GTE Evo ahead of Australian Porsche ace Matt Campbell, who claimed second in class by the finest of margins.

Campbell, driving for Dempsey-Proton Racing, was pipped to GTE Am pole by just 0.056s. 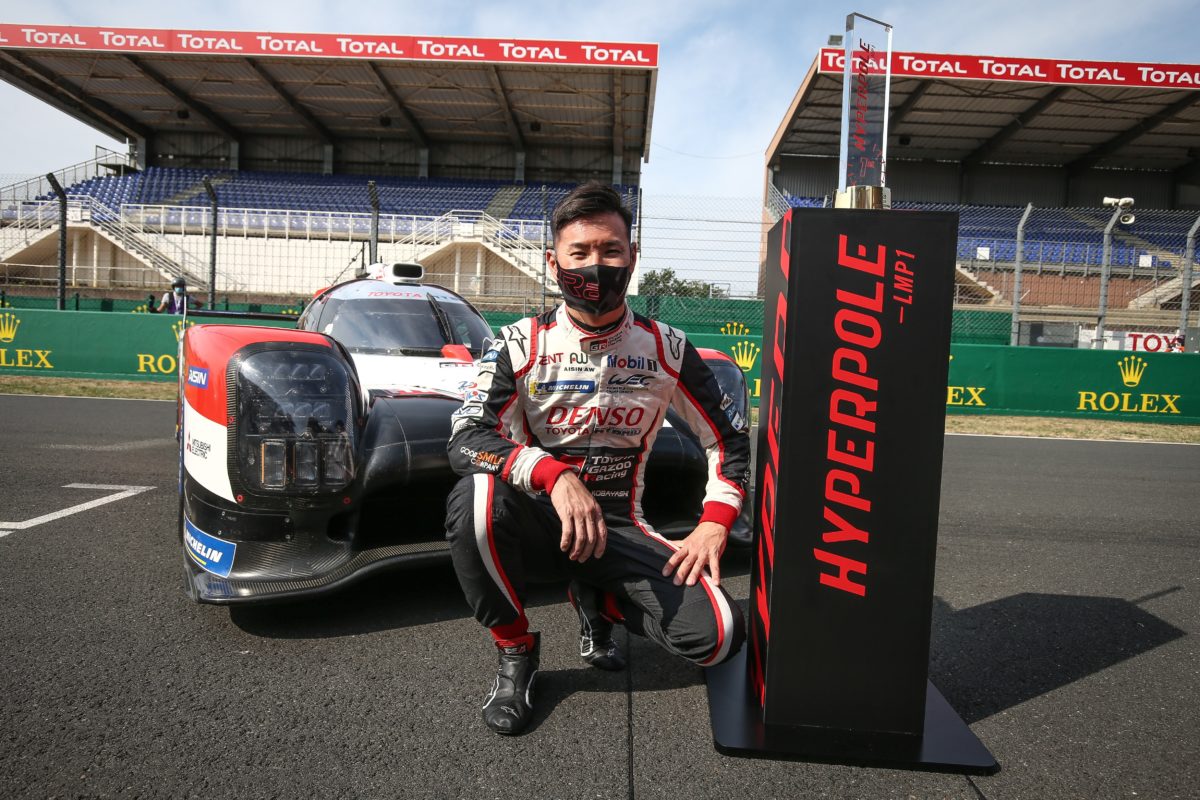