Toyota dominates opening day at Le Mans ahead of Hyperpole

Toyota dominates opening day at Le Mans ahead of Hyperpole 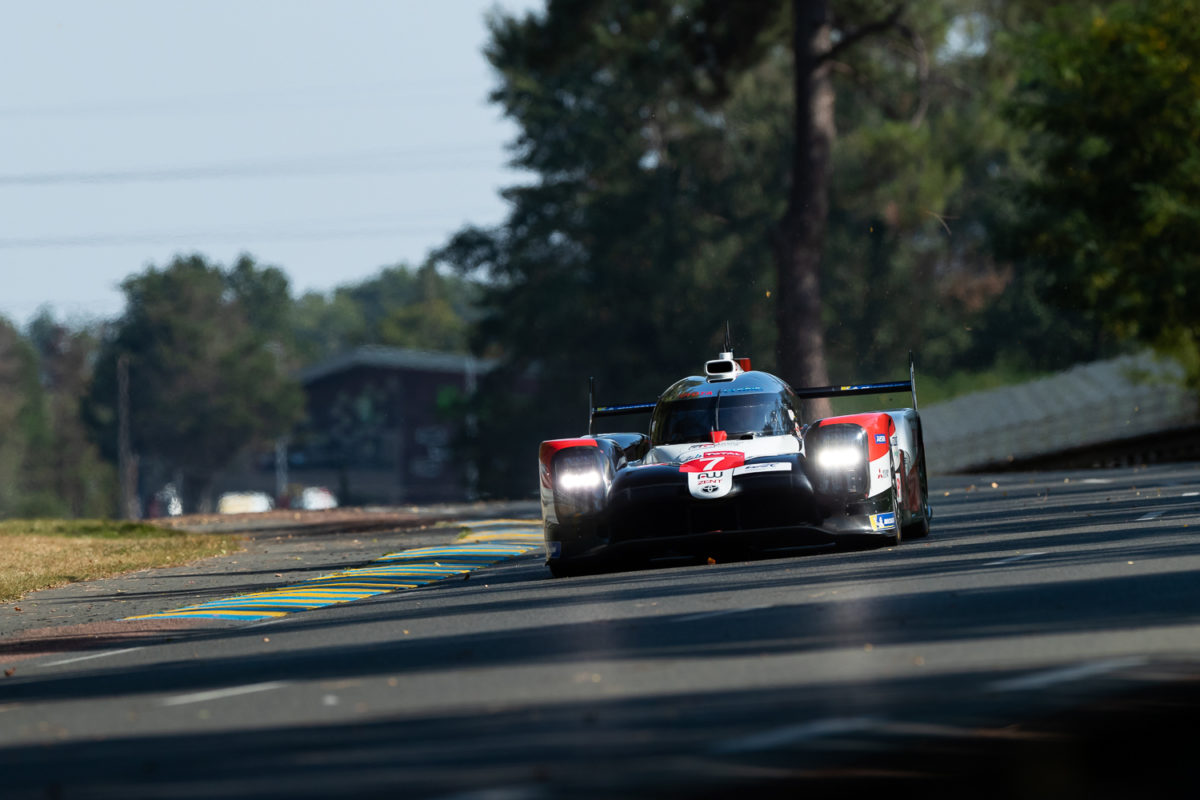 The first day at La Sarthe well and truly belonged to Toyota, with the Japanese marque topping two of three free practice sessions and the all-important qualifying session for this weekend’s 24 Hours of Le Mans.

Toyota flew out of the gates at the famed French circuit, taking the top two places in Free Practice 1 and Free Practice 2, before the team flexed its muscle in Qualifying as the leading cars in each class qualified for Friday’s grid-setting Hyperpole session.

The two Toyota TS050 Hybrids traded the quick times all day, with the #7 (Kamui Kobayashi, Mike Conway and Jose Maria Lopez) and #8 (Kazuki Nakajima, Sebastien Buemi and Brendon Hartley) entries glued to the top of the timesheets.

It was Kobayashi, the all-time lap record holder, who claimed bragging rights in Qualifying with a a time of 3:17.089s in the #7, one tenth clear of countryman Nakajima in the sister car.

Rebellion’s #1 entry was a whopping 4.5 seconds down, with Bruno Senna clocking a 3:21.598s best. All five LMP1 cars will proceed to Friday’s Hyperpole session, with the top-tier entries split by 7.5 seconds.

The highly-fancied #22 United Autosports Oreca, with Paul di Resta behind the wheel, was just 0.051s off Stevens’ time, and exactly half a second down on de Vries’ flyer.

The two Australian runners in LMP2, James Allen (#39 SO24 Has by Graff Oreca) and Nick Foster (#35 Eurasia Motorsport Ligier), were 18th and 23rd respectively.

Aston Martin dominated the GTE Pro category, with Marco Sorensen’s 3:50.872s in the #95 half a tenth quicker than Alex Lynn in the #97 sister car.

The #77 Dempsey Proton Porsche, which will be driven by Australian Matt Campbell, snagged a Hyperpole spot in GTE Am, which was topped by Augusto Farfus topped in the #98 Aston. 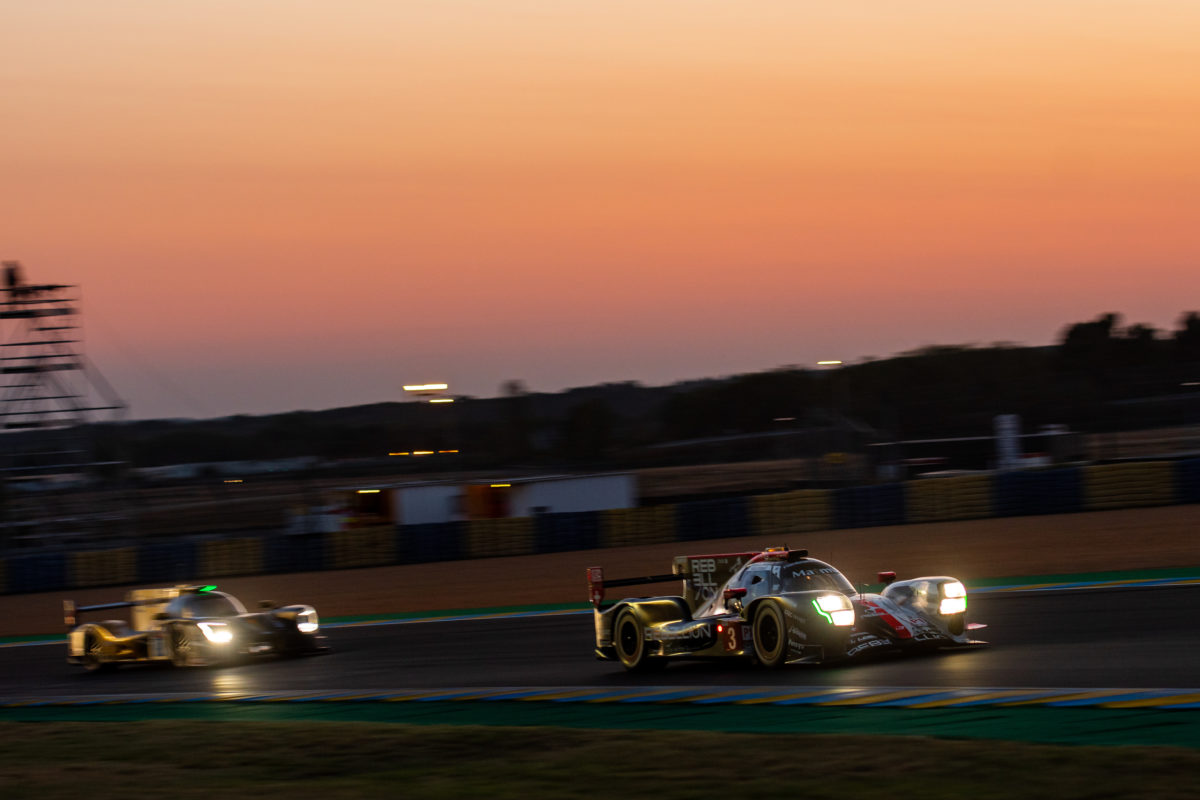 Free Practice 1 kicked off proceedings with Nakajima ending up fastest overall in the three-hour session, with the Japanese driver posting a 3:21.656s aboard the #8 Toyota, just ahead of Kobayashi’s 3:21.990s.

Nathanael Berthon was 3.456s down on Buemi’s flyer in the #3 Rebellion in third, with the #1 Rebellion forced into the garage for much of the session due to an engine change.

The second practice session was red-flagged twice for crashes, both involving an IDEC Sport LMP2 car.

Paul Lafargue had his accident coming out of the second chicane in the #28 IDEC Sport Oreca, before Dwight Merriman dropped the #17 car into the barriers coming out of the Porsche Curves. Neither car competed in qualifying.

The third practice session was held under darkness to allow drivers to prepare for the rigours of the 24-hour race.

After Toyota dominated the times in FP1, FP2 and qualifying, it was over to the #3 Rebellion to set the quickest time in FP3 out of the LMP1 squads.

Deletraz sailed to the top of the timesheets in the first hour, setting a 3m19.158s in his privateer entry. Kobayashi set a 3m19.638s in the second hour, with Menezes making it a Rebellion 1-3.

However, fellow LMP1 runners ByKolles struck drama when a crash at Tertre Rouge for Bruno Spengler aboard the #4 Enso CLM P1/01 brought out the red flag.

The four-hour session was called with 20 minutes remaining after a later accident for the #62 Red River Sport GTE Am Ferrari with Bonamy Grimes at the wheel.