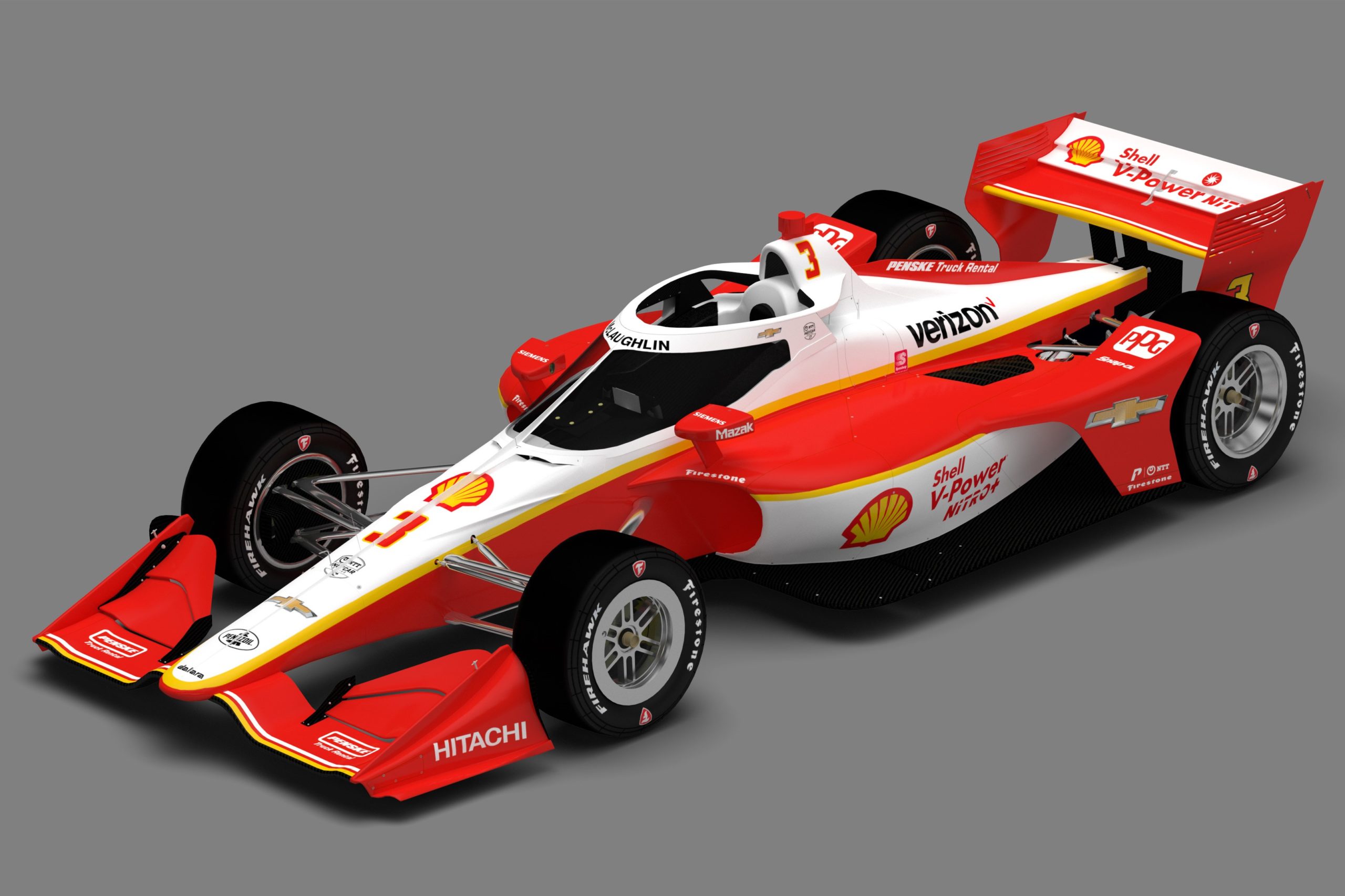 Team Penske has revealed the livery with which Scott McLaughlin will run in his IndyCar Series debut next month.

McLaughlin will run #3 on his Chevrolet-powered Dallara IR18, the same number that Helio Castroneves ran in this year’s Indianapolis 500.

The 27-year-old will carry a colour scheme similar to his Shell V-Power Racing Team Ford Mustang, donning a red, white, and yellow livery.

Today it was confirmed McLaughlin will head to the United States to contest the final round of the single-seater series at St Petersburg, Florida.

His debut will come just a week after the Virgin Australia Supercars Championship season finale, the Supercheap Auto Bathurst 1000.

When McLaughlin makes his IndyCar Series debut, it will be only the fourth time he has driven the V6 twin-turbocharged single-seater.

McLaughlin first tested with Team Penske at Sebring International Raceway before completing the official IndyCar pre-season test at Circuit of The Americas.

He then went on to test at the high banks of Texas Motor Speedway with other IndyCar Series rookies.

McLaughlin was scheduled to race at the Grand Prix of Indianapolis, but that plan was scuppered due to the coronavirus pandemic.