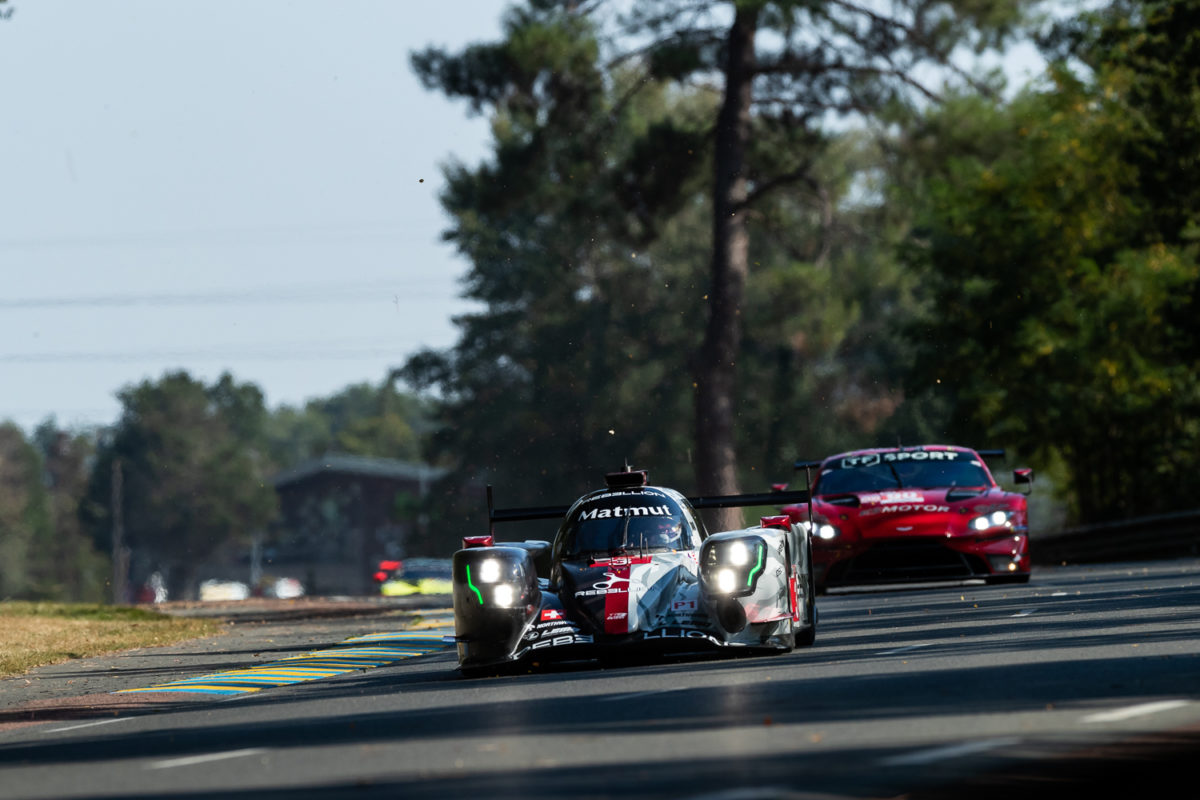 Drivers won’t have to contend with traffic in the fight for pole. Pic: PSP Images

The new ‘Hyperpole’ format for this weekend’s 24 Hours of Le Mans is expected to “showcase adrenaline” and “exercise pure speed” ahead of the final year of LMP1 entries.

From 2021, the LMP1-spec cars will be replaced by slower Le Mans Hypercars, with this weekend’s event likely the last to see a new qualifying lap record.

The chance of a new lap record will be enhanced by the all-new qualifying format dubbed ‘Hyperpole’, which will set the top positions on the grid for this weekend’s race.

The top six cars in each of the four classes after Thursday’s 45-minute qualifying period will enter the the half-hour Hyperpole session, which is scheduled for Friday morning local time.

Temperatures will rise to 30 degrees at the circuit by Friday afternoon, although the morning’s earlier Hyperpole session, coupled with minimal traffic, will keep the window open for a new lap record.

Kamui Kobayashi’s 2017 flyer, a 3:14.791s in the Toyota TS050 Hybrid, remains the lap record – although Toyota is confident the Japanese driver’s time can be lowered.

The Toyotas remain the hot favourites for outright pole, with Kobayashi setting the fastest time in Thursday qualifying. However, the privateer Rebellion squad finished Thursday’s running with a 1-3 result in Free Practice 4.

The 23 cars that made it through to the Hyperpole session will be allowed one run, but teams will have free choice of tyres within the existing allocation for qualifying and the race, making for an all-out fight for pole.

“The idea is to more clearly identify the specific period when the competitors are in pure speed mode and showcase the adrenaline and suspense that is so different on our track that is like no other,” ACO (Automobile Club de l’Ouest) Sporting Director Vincent Beaumesnil said.

“It will now be a sequence of the whole spectacle that is the Le Mans 24 Hours. Previously, we could guess roughly when the competitors were going to attempt to record their qualifying time from the track conditions, the temperature and the stage the car was at in its testing programme.

“But there were no guarantees and, of course, they were not necessarily in competition with each other at the same moment in time.

“Now they will be, and it will be a festival of speed. On such a long circuit, this session is going to be a favourite with drivers and fans alike.”

All five LMP1 entries will compete in the Hyperpole session, provided they make it past the preceding four practice sessions and qualifying. The sole ByKolles entry struck trouble in Free Practice 4, but is expected to be repaired for Friday’s action.

“It will be a tense, exciting session for the competitors, and for fans watching at home,” Beaumesnil added.

“In that session, the competitors will have just 30 minutes in which to record their best possible lap. The top six places on the grid in each class will be based on these times.

“The four hyper-polesitters will be awarded a trophy in recognition of their performance.

“The 24 Hours of Le Mans is evidently an endurance race, but we wanted to spotlight the exercise of pure speed on our unique 13-kilometre track.

“Some of the stints at Le Mans these days are in fact more akin to a sprint than actual endurance, so high is the performance and competitiveness level of the cars.”