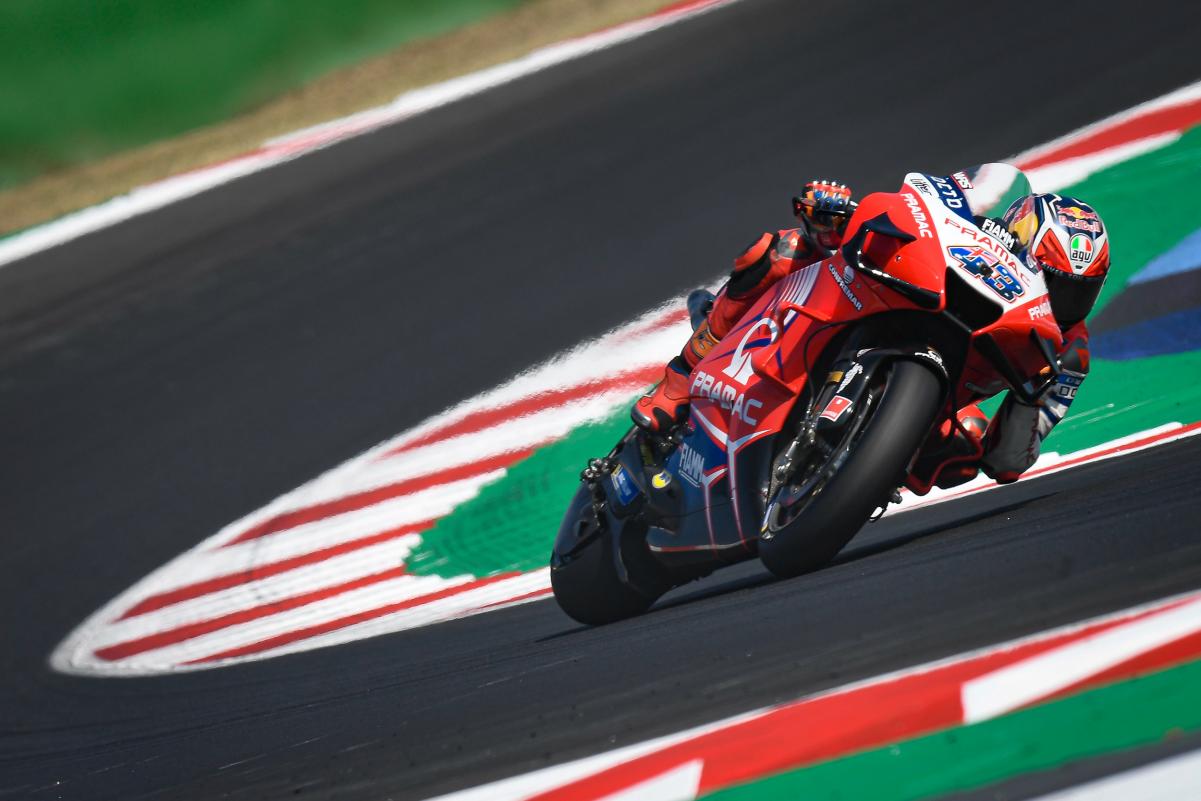 Jack Miller believes that minimising mistakes is key to mounting a challenge for this year’s MotoGP title.

Less than a race covers first to ninth in the championship after six rounds out of 14 for the premier class in 2020, with Miller third at 12 points off the pace.

Underlining the closeness of the contest, Fabio Quartararo has been the only repeat winner of the season to date, having prevailed in both Jerez races.

The Frenchman lost the championship lead for the first time in last weekend’s San Marino race, in which he crashed twice, with Andrea Dovizioso taking over top spot despite a finish of only seventh.

Dovizioso has finished runner-up to Marc Marquez for the last three years, but the Spaniard’s long lay-off due to injury has opened the door for his rivals this year.

“I think putting it down to a bike is not the right way to go about it. Every rider is in this title chase.

“This championship is going to come down to the wire. I think we all knew that as soon as Marc got injured. Everyone sort of stepped up their game, but then we’ve seen a lot of mistakes.

“So I think the biggest thing now, reaching the halfway point this weekend, is going to be just to minimise the mistakes and collect as many points as possible, but we can’t be too conservative.

“Also, like we’ve done in the past, try to fight for the podium or the victory if it’s possible.”

The Australian’s Pramac Racing team-mate in Francesco Bagnaia was the highest-finishing Ducati rider last time out in second spot, well ahead of Dovizioso on a factory entry and then Miller himself in eighth.

According to the soon-to-be factory team rider, the Desmosedicis may face further battles when Misano plays host again this weekend.

“I think we’re at a track now where, apart from Pecco (Bagnaia), the rest of us seem to be struggling a little bit,” observed Miller.

“Pecco has got quite a ‘round’ (cornering) style and was able to really make the bike work here.

“So, we’ve been studying his data, but this is kind of a hard one for us, but we’re coming to tracks in the not too distant future where I really get along and where our bike really gets along really well.

“Aragon, Le Mans, Barcelona, Valencia… a lot of tracks there that I really enjoy and then Portimao at the end which is a big question mark. We’ll see what we can do.”

Portimao was the final addition to this year’s calendar and will debut as a MotoGP circuit when the season finale takes place in November.

It has now been announced that a two-day test will be held at what is officially known as the Autodromo Internacional do Algarve on October 7-8, days before the French round at Le Mans.

Race riders will be allowed to get mileage on street bikes on the opening Wednesday, and Miller is among 14 that have been confirmed so far for such activity.