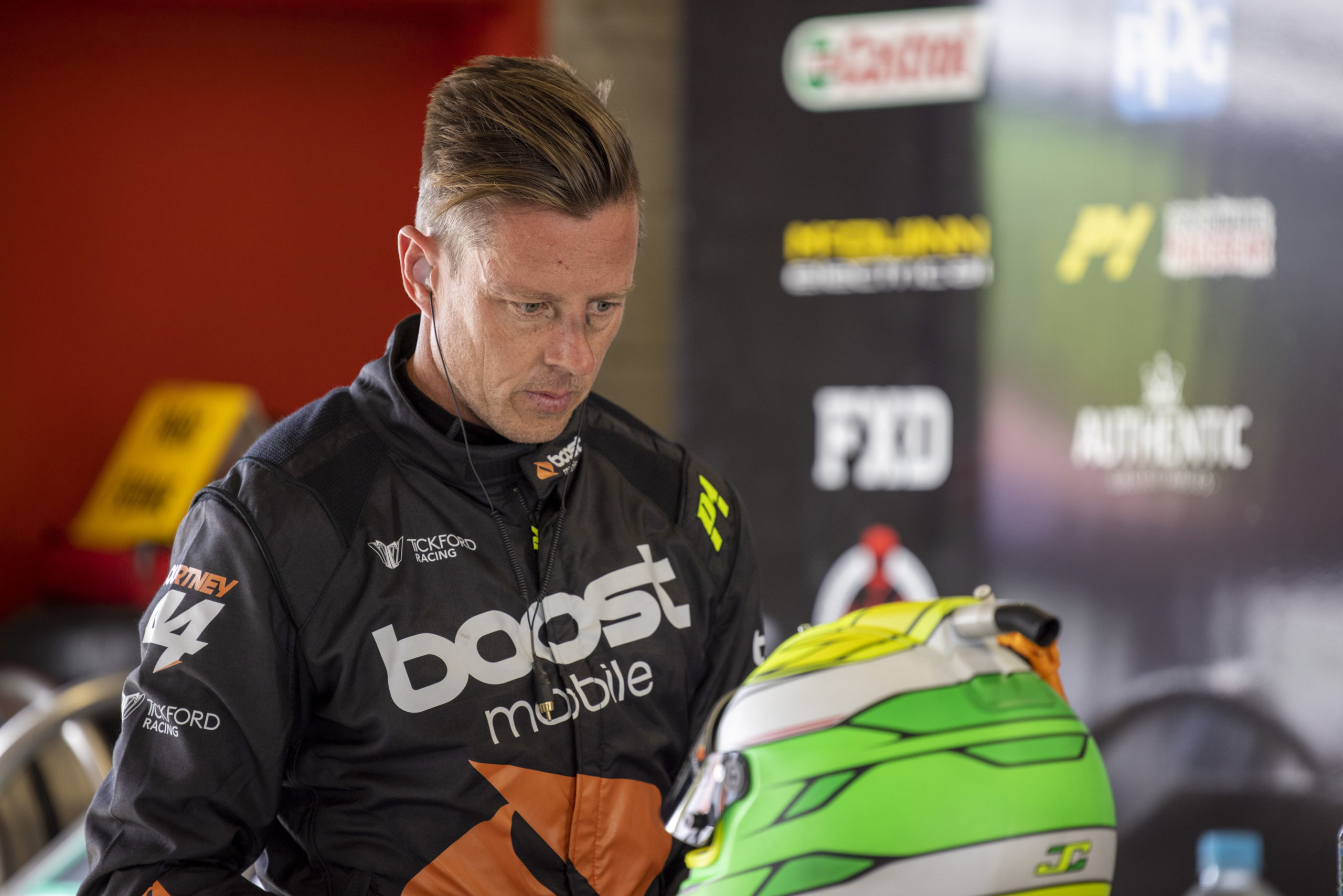 James Courtney says he’s still disappointed that he hasn’t been able to get a breakthrough Supercars win with Tickford Racing in 2020 yet.

The Boost Mobile Racing driver was sidelined at the beginning of the season after he decided to part company with Team Sydney after the season-opening Adelaide 500.

The demise of 23Red Racing and subsequent departure of Will Davison from the championship duly opened the door for Courtney with backing from telco owner Peter Adderton.

Despite the coronavirus pandemic, Courtney was able to return to the Virgin Australia Supercars Championship without having lost a round due to calendar revisions.

Shortly after his signing to Tickford Racing, the reinvigorated 40-year-old said he would be disappointed if he didn’t claim a win in 2020 with the Campbellfield side.

However, only Jack Le Brocq has been able to snatch a win for the team at Sydney Motorsport Park, though Cameron Waters has come close with four podium finishes to his credit.

Lee Holdsworth, meanwhile, lies ninth in the standings and has two podium finishes to his name, both of which were claimed at the two Sydney SuperSprint events.

Courtney sits 12th in the standings with one podium finish in what he said has been a year of relationship building challenged by the coronavirus pandemic.

“I think the relationship obviously has been growing and maturing a lot,” Courtney told Speedcafe.com.

“I don’t think it’s far away,” Courtney said of that breakthrough win with the team.

“Cam’s been getting a lot of podiums as well. Car performance is there, but there’s other guys that have always been really quite strong.

“We’re chipping away. I’ll still be disappointed if I don’t get a win, but I’m still pushing towards it.

“It’s been very, very different. I think that the whole relationship building thing has come along a lot quicker than I thought it probably would have.

“I think with that forced interaction that we’ve all had, living with each other. No, it’s been good and looking forward to the next couple of rounds.”

Courtney said the shift from a two-car to a four-car team has been beneficial as he gets up to speed with the team.

The Gold Coast-based driver said he has been leaning on Waters, Holdsworth, and Le Brocq throughout the year.

While Courtney hasn’t been able to win, the team has been on the podium in every round so far this season.

“The driving group is really good. We’re all quite open and the guys have been really welcoming, which is fantastic.

“I think as a team, we’re probably being quite successful. We’ve had podiums every weekend as a team, whether it be myself, Cam, or Lee, or even Jack. Everyone’s been on there.”

Courtney heads to The Bend Motorsport Park for the double-header over September 19-20 and 26-27 with high hopes.

Last year Davison claimed a podium in the car that Courtney will drive, which the 2010 championship hopes bodes well for the forthcoming rounds.

“The team had a really strong run there last year, so they’re all pretty excited as a group to go back there,” said Courtney.

“I think that’s something that I’m feeding off as well. Like I said, it’s good to have that chance to go back-to-back.

“It’s good they’re doing different tracks each weekend as well, which will sort of spice it up quite a bit and make it a little bit different but looking forward to it.

“I think we should be in for a good shoe in.”