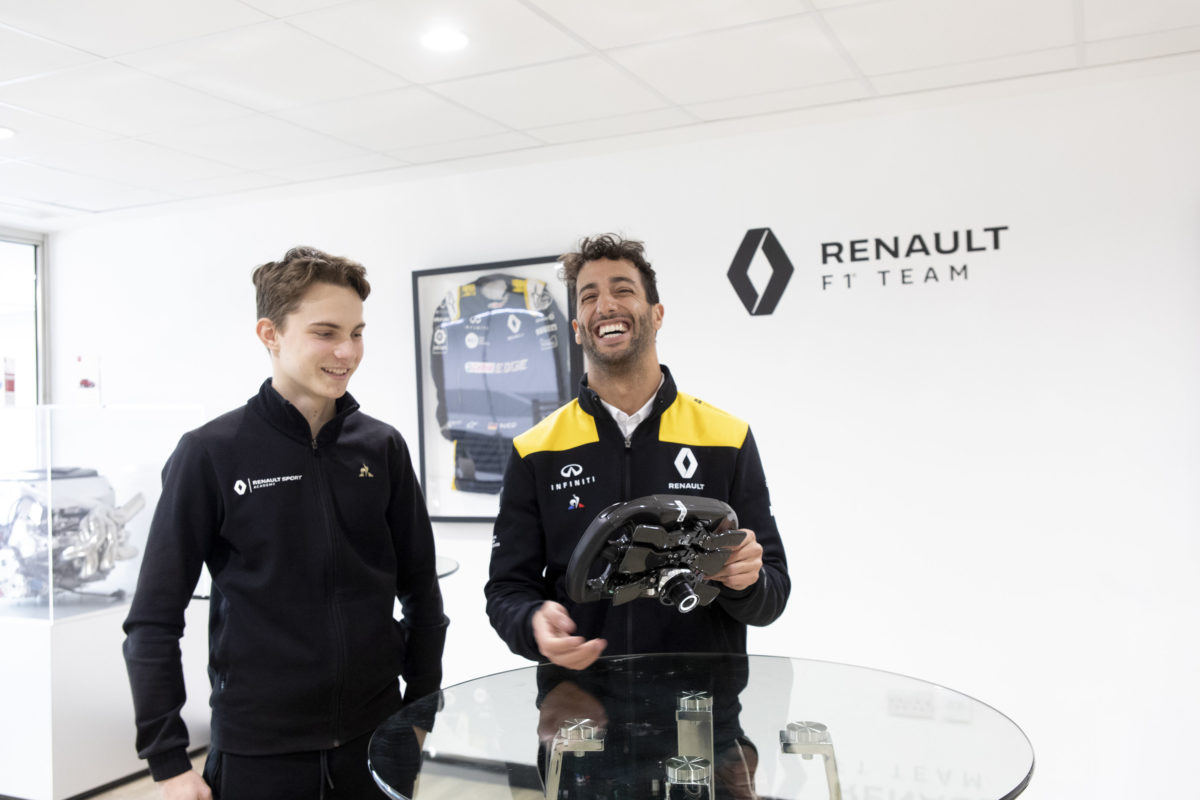 The 19-year-old Victorian clinched the title in the final race of the year, seeing off a late challenge from Theo Pourchaire.

Piastri is part of the Renault Driver Academy, the junior programme designed to produce Renault’s next Formula 1 driver.

Theoretically that puts the new F3 champ in line for the drive currently occupied by Ricciardo at the Enstone-based operation.

“I only met Oscar in the off-season. We were both at Enstone together, so I got to meet him.

“As a person he seems like a good kid; head screwed on, pretty low maintenance. I’d say pretty chilled.

“On track I was certainly impressed with his race craft this year,” he added.

“In Monza he made some well-timed moves and didn’t seem to get too flustered.

“I think even after qualifying (in Mugello), which was a disaster for his standards, he kept cool in the race, and didn’t let it get away.

“So I think he dealt with the pressure relatively well, and he’s still young, so also don’t expect him to be perfect yet, but I’m really, really happy for him.”

Piastri’s calmness under pressure was a trait highlighted by Mark Webber, who has managed the youngster since the start of the year.

“It’s cool to see some Aussies back in there,” Ricciardo said.

“There was a chunk in F3 this year, I think four of them, so (it was) awesome that one could win.”

Having won the title, Piastri is now set to graduate to Formula 2, with his management team currently working through options to secure him a drive for 2021.