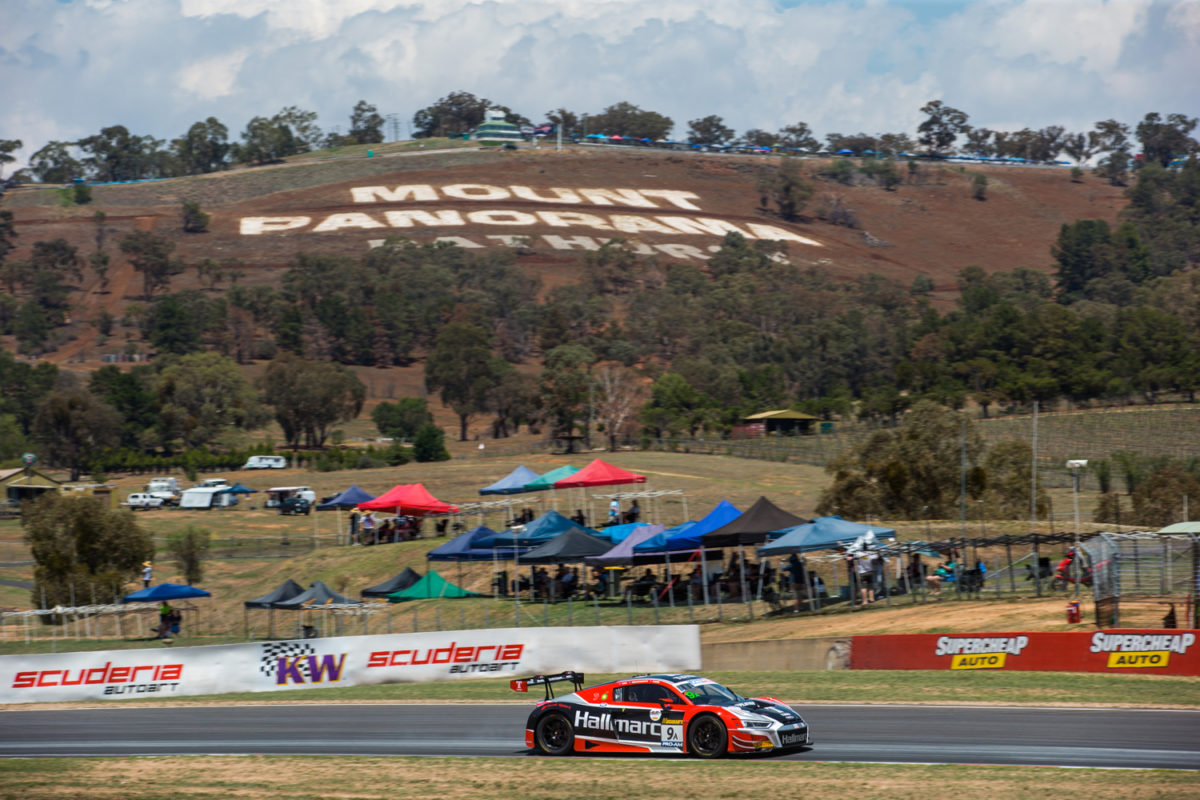 A decision on whether Australian GT will compete at the Supercheap Auto Bathurst 1000 is set to be made late this afternoon.

Organisers are looking to finalise its grid against the backdrop of border restrictions which have precluded a number of Victorian drivers from entering.

The championship is in the process of trying to recruit additional entries from the New South Wales ranks with a view to fielding close to 20 cars.

Interest from NSW-based teams has been solid, encouraging the category to extend its decision deadline from Thursday to today.

“Although the opportunity to run a championship is all but lost for this year, we looked at ways we could continue to provide opportunities for GT competitors to return to racing and get them out on the track,” Kate Harrington, Australian GT Category Administrator, told Speedcafe.com.

“The scheduled event at the Bathurst 1000 will be a non-championship event, as a support category to Supercars – it will be a televised event for GT and production sports cars, so rather than an all-in tin-top category, this is essentially for sportscars only.

“Interstate teams are eligible to enter the Bathurst event, but will need their drivers and crew to quarantine for 14 days prior, although we recognise that this is an unlikely scenario for most teams, and that’s what they’ve been telling us in our regular discussions,” Harrington added.

“Instead, we looked at alternatives based on those competitors and teams based in New South Wales, and put together a great opportunity for them to enjoy some serious miles around the best circuit in the country.

“As was expected, interest into the Bathurst event was high from NSW-based teams, and we’re excited that in that, there are some teams debuting new cars, but the deadline for expressions of interest for the event is today COB (Friday, 18 September) so that we can lock everything we need away ahead of the event with just four weeks until racing begins.”

A close eye is also being kept on the border with Queensland, a change in which could allow a number of other drivers the opportunity to compete without having to quarantine as they return home.

There are also hopes that the situation in Victoria continues to improve with the state potentially less than a week away from coming out of its current lockdown.

Should that happen, it’s thought the New South Wales border could reopen and allow Victorians to freely enter the state without the need to quarantine with sufficient time to compete at Bathurst.

That could see the field expand to closer to 30 cars.

Like many national categories, Australian GT has seen its racing season decimated by COVID-19 restrictions across the country.

It has held just one event in 2020, that being the opening round of the Australian Endurance Championship which was part of the Bathurst 12 Hour.

Heading into the year interest from competitors was strong, with fields approaching 30 cars expected for most sprint format events.

The Australian GT Championship announced that it would be part of the undercard at Supercars’ flagship event when it released its 2020 calendar in October last year.

The support card to the Bathurst 1000 has been a hot topic in recent weeks, with the Dunlop Super2 Series first abandoning the event only to reinstate it.

At least one NSW club level category has been in contact with Supercars, while a mixed grid of Historic classes is all but confirmed.

The original support classes comprised of Super2, Porsche Carrera Cup Australia, and Touring Car Masters, the latter two either expected to, or have already been confirmed as not attending this year’s event.

Though unconfirmed, scuttlebutt suggests Toyota Gazoo Racing Australia 86 Series could remain on the programme, though possibly as a non-points paying event.

Australian GT maintains an appetite for more events later in the year, though details on those remain uncertain as a result of the various ongoing restrictions in place nationwide.

One potential solution could be that employed by the Australian Rally Championship, which had to abandon its 2020 competition but will run regional cup events in its place.

That could open the door for ‘Australian GT Cup’ style competitions in NSW and Victoria, though that is not a concept category organisers have yet explored.

Motorsport Australia is currently reviewing submissions made under an Expressions of Interest process for the Category Rights Agreement from 2021.