SPOTTER GUIDE: The Aussies and Kiwi in Le Mans field

SPOTTER GUIDE: The Aussies and Kiwi in Le Mans field A small Antipodean contingent of just three Australians and one Kiwi will line up for this weekend’s 24 Hours of Le Mans, although each has a chance at glory in the twice-round-the-clock classic.

Only one of the quartet, New Zealand’s Brendan Hartley with Toyota, will likely be in contention for overall honours.

Leading the charge for the Australians in LMP2 will be Nick Foster, who will return for his first taste of La Sarthe since his last visit in 2017, when he finished tenth in the LMGTE Am class with Gulf Racing aboard a Porsche 911 RSR.

The 28-year-old will compete for Eurasia Motorsport, for which he contested the 2019/2020 Asian Le Mans Series, alongside Nobuya Yamanaka and Roberto Merhi in the LMP2 Ligier.

The trio finished 21 laps off the pace in the previous WEC round, the 6 Hours of Spa-Francorchamps.

Despite the #35 essentially running as a ‘Pro-Am’ entry, Foster is committed to delivering for Japanese businessman and racer Yamanaka on the biggest stage.

“Following on from the WEC race at Spa-Francorchamps, the car went over to Ligier to be fully prepared for this week at Le Mans,” Foster said.

“We are comfortable in that car is well prepared, with all the components ‘lifed’ as they should be.

“This whole programme, over two years in the making, has been put together around Nobuya and is very much aimed in helping deliver his dream to race at Le Mans.

“He has also had a good run up to this race, considering his considerable business commitments, so we are happy as we can be heading into race week.

“This is Nobuya’s dream, so everyone in the team will do its utmost to make sure he is as comfortable as he can be in the car. We are not too concerned about qualifying pace, we will focus on our race performance and go from there.” 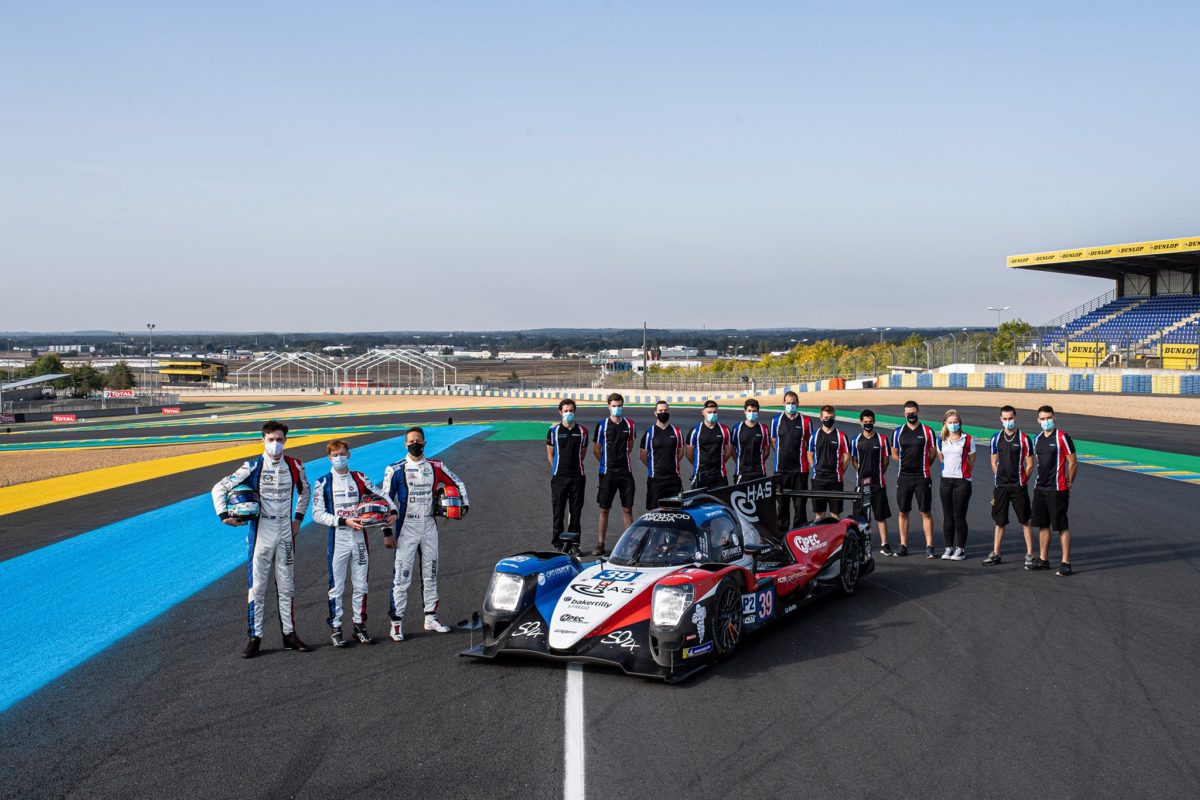 James Allen will also return to La Sarthe in the LMP2 class for SO24-HAS by Graff, with the 24-year-old looking to improve on his breakout performance in 2017.

Three years ago, a 20-year-old Allen raced to sixth in the race for the Graff squad alongside Briton Richard Bradley and Frenchman Franck Matelli.

This weekend, Allen will be the sole Gold rated driver in the SO24-HAS by Graff entry, sharing the #39 Oreca-07 with Silver-ranked co-driving French duo Vincent Capillaire and Charles Milesi.

Both Foster and Allen will have their hands full, with LMP2 to feature 24 entries, marking it as the biggest field within the race.

The LMP2 class will be led by the United Autosports team of Paul di Resta, Filipe Albuquerque and Philip Hanson, who have taken the past two class victories at Le Mans.

Meanwhile, Porsche factory ace Matt Campbell is one of the favourites to win the LMGTE Am category.

The 2016 Porsche Carrera Cup Australia champion will return for a third straight year with the Dempsey-Proton Porsche outfit, and will steer the #77 alongside Italian Riccardo Pera and German Christian Ried.

Campbell has form at Le Mans, winning on debut in the LMGTE Am class alongside Ried and Julien Andlauer in 2018.

The Dempsey-Proton Porsche also has recent form, finishing second at the previous WEC round at Spa. Overall Le Mans honours are likely to be disputed between the two Toyota Gazoo Racing entries in the LMP1 class, which features just six cars.

Toyota’s Mike Conway, Kamui Kobayashi and Jose Maria Lopez can clinch the 2019/2020 World Endurance Championship if pole and the race victory are claimed, with this weekend’s event the penultimate round of the 2019-20 championship.

Hartley will combine with two-time winners Sebastien Buemi and Kazuki Nakajima in the sister #8 Toyota.

Bruno Senna, Norman Nato and Gustavo Menezes remain in the hunt for the race win and overall championship for the privateer LMP1 Rebellion Racing squad.

Cars will hit the track for the first of three Free Practice sessions at 18:00 AEST Thursday, with qualifying scheduled for 01:15 AEST Friday.