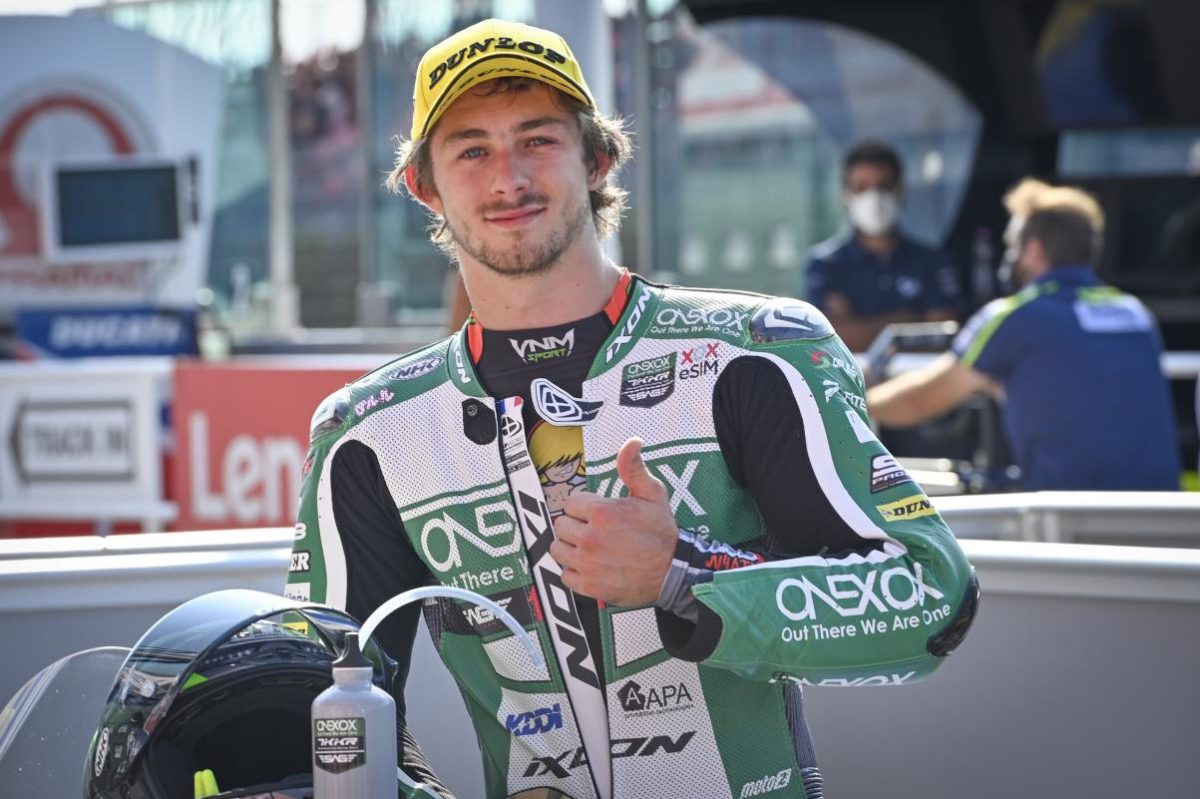 Remy Gardner will ride for the front-running Red Bull KTM Ajo team in the 2021 Moto2 season.

The KTM feeder team will field the Australian for what will be his sixth season in the intermediate class, after two years with Stop and Go Racing Team.

It is with the latter that Gardner achieved his first grand prix podiums, finishing second in Argentina last year before claiming third in the Styrian Grand Prix last month, and first poles.

According to the son of 1987 500cc world champion Wayne, he was offered a KTM MotoGP ride last year when Johann Zarco left the Austrian marque.

It would appear that the latest opportunity has arisen due to the impending but as yet unconfirmed move of Jorge Martin from KTM Ajo to one of the Ducati MotoGP teams.

“I am very happy to be signing this contract for the team of my dreams,” said the 22-year-old.

“I am proud to be part of the Red Bull and KTM family, and of Aki’s (Ajo) structure. I want to thank all of them for giving me this opportunity for 2021. I also thank all those who have helped me to get here.

“I can’t wait to start working with them next year and I hope that together we can do some amazing things.”

Ajo himself, the Team Principal, added, “I’m very happy to have Remy in our project next year. He is a young talent, but at the same time he has extensive experience in the FIM World Championship.

“This combination of abilities is perfect for our project of developing riders. We are looking forward to working together next season.

“I know that Remy has something special compared to the rest of the competitors: he has great talent, a good feel for the bike and is a born fighter.

“I hope that, as a team, we can give him a boost during the season for the style that comes naturally to him. I am personally very excited to have Remy with us, and about what 2021 has in store.”

While Ajo switched to Kalex chassis in Moto2 this year after KTM withdrew as a supplier, the team is still firmly part of the Austrian manufacturer’s structure.

It is from the Finnish team that Brad Binder and Miguel Oliveira, first-time premier class race winners this year, graduated to MotoGP.

“We think he is a special rider and we have seen some strong and exciting skills in his race performances over the years.

“We think with Aki’s experience we can help him to make the next important step in his career.”

There is no word yet on whether Gardner will race in the second Misano round this weekend given he underwent surgery on Tuesday, two days after a shocking highside.