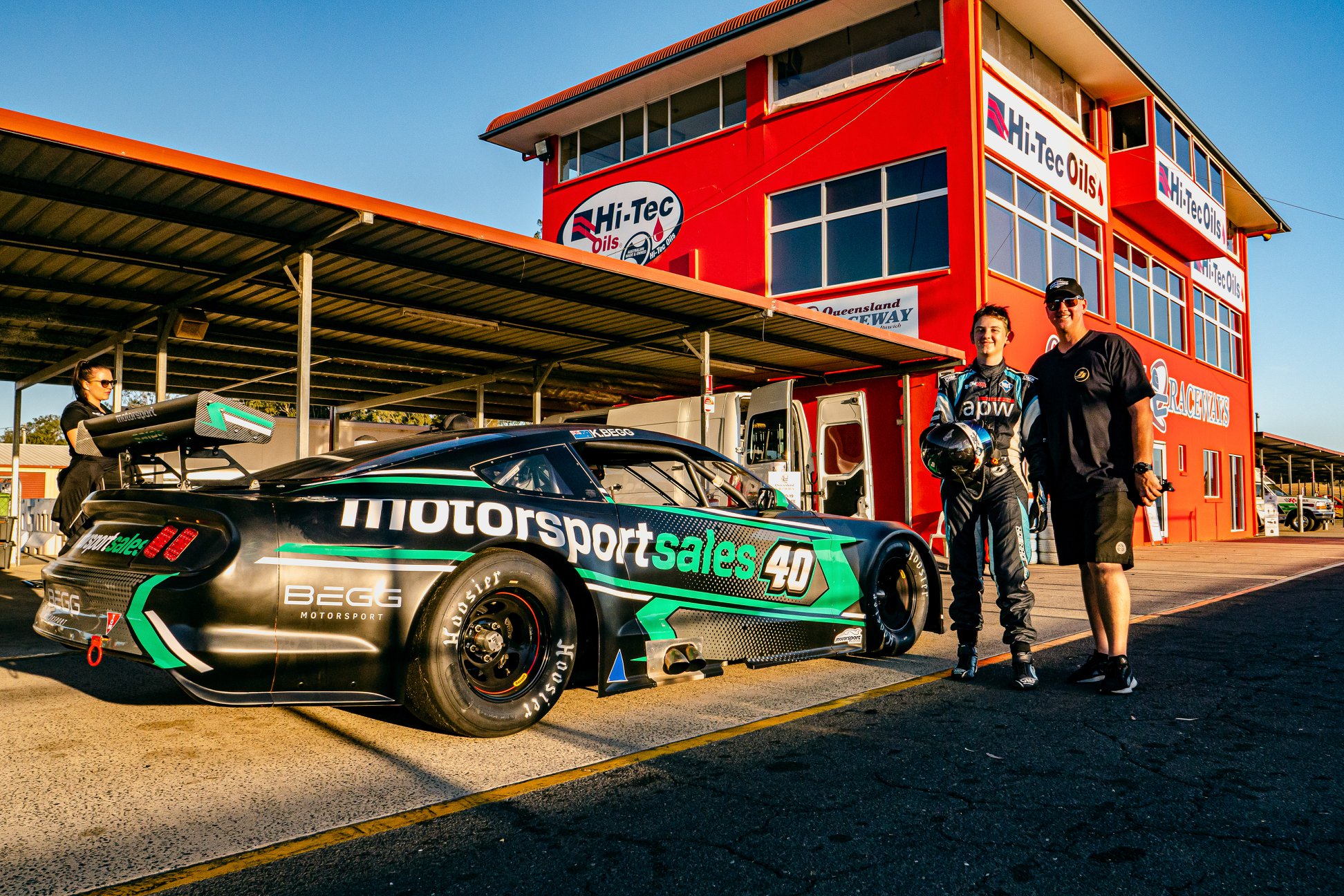 Third-generation racer Jett Johnson has his sights set on a future in Supercars following his first test of a TA2 Mustang at Queensland Raceway.

It was the first taste of a V8-powered race car for the 15-year-old who is the grandson of Dick Johnson and son of Steven Johnson.

Previously, the youngster has only ever raced cadet-level karts and has a handful of Hyundai Excel races under his belt.

Jett was joined at the test by former Supercars full-timer Tim Slade, Supercheap Auto Bathurst 1000 winner Paul Morris, and car owner Karl Begg who were on hand to help.

Speaking with Speedcafe.com, Jett said he has ambitions to join the TA2 category in 2021 with a view to racing in Supercars in years to come.

“It was completely different from anything I’ve ever driven,” said Jett.

“I got out past Turn 2 at QR and it just amazed me how fast it was. It was just crazy. The grip it had, the brakes it had, it was all amazing.

“I’ll do whatever it takes to get into TA2 next year,” Jett added.

“I guess the TA2 car is kind of a step or two down from Supercars. It’s got quite a lot of horsepower and has slicks.

“After doing TA2 I’d be possibly thinking about going up to Super2 and then hopefully Supercars.” 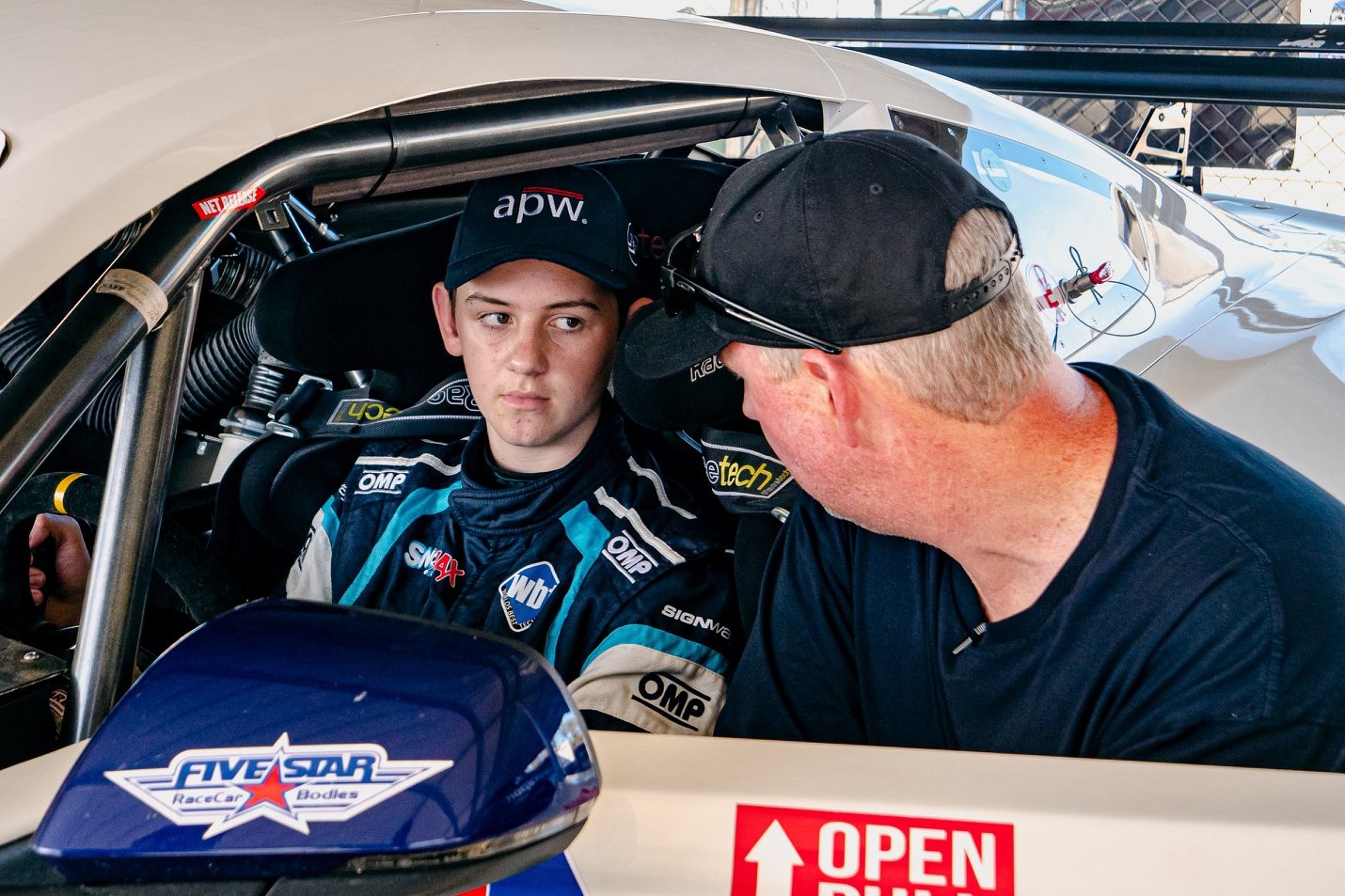 It was a baptism by fire for Jett, the Begg Motorsport-prepared Mustang having five times as much horsepower as his Excel.

The Queenslander said he was happy with how he drove, buoyed by the support of his father and the other drivers.

“The first session I took it pretty easy,” said Jett.

“It just has so much torque, so much power, I was almost a bit scared of the car at first. It had enough power to send me off the track.

“But after a while, I was able to get used to the car and drive it harder. I was quite happy with where I got to at the end of the day.

“It was good having Tim there and Karl and some of his mates helping me out.

“It was good watching them drive the car so I could see how they drove, learning what to do and what not to do.”

Father Steven was pleased with how Jett performed in what was also his first outing at Queensland Raceway, setting times only a few seconds adrift of the more experienced heads.

Steven said he and Jett will go over data from the car to compare his times against Slade and Begg to see where he can improve for future outings.

“He’s only ever driven a Hyundai Excel, which is basically a road car with better suspension,” said Steven.

“To go from a car that’s got probably just under 100hp at the front wheels to a TA2 which has got 500hp at the rear wheels, is left-hand-drive, it’s a proper race car.

“It was a lot for him to take in, but to be honest, he didn’t miss any gears and he drove really well.

“Normally you don’t see the smile behind a full-face helmet, but you could definitely see his. It was very cool.” 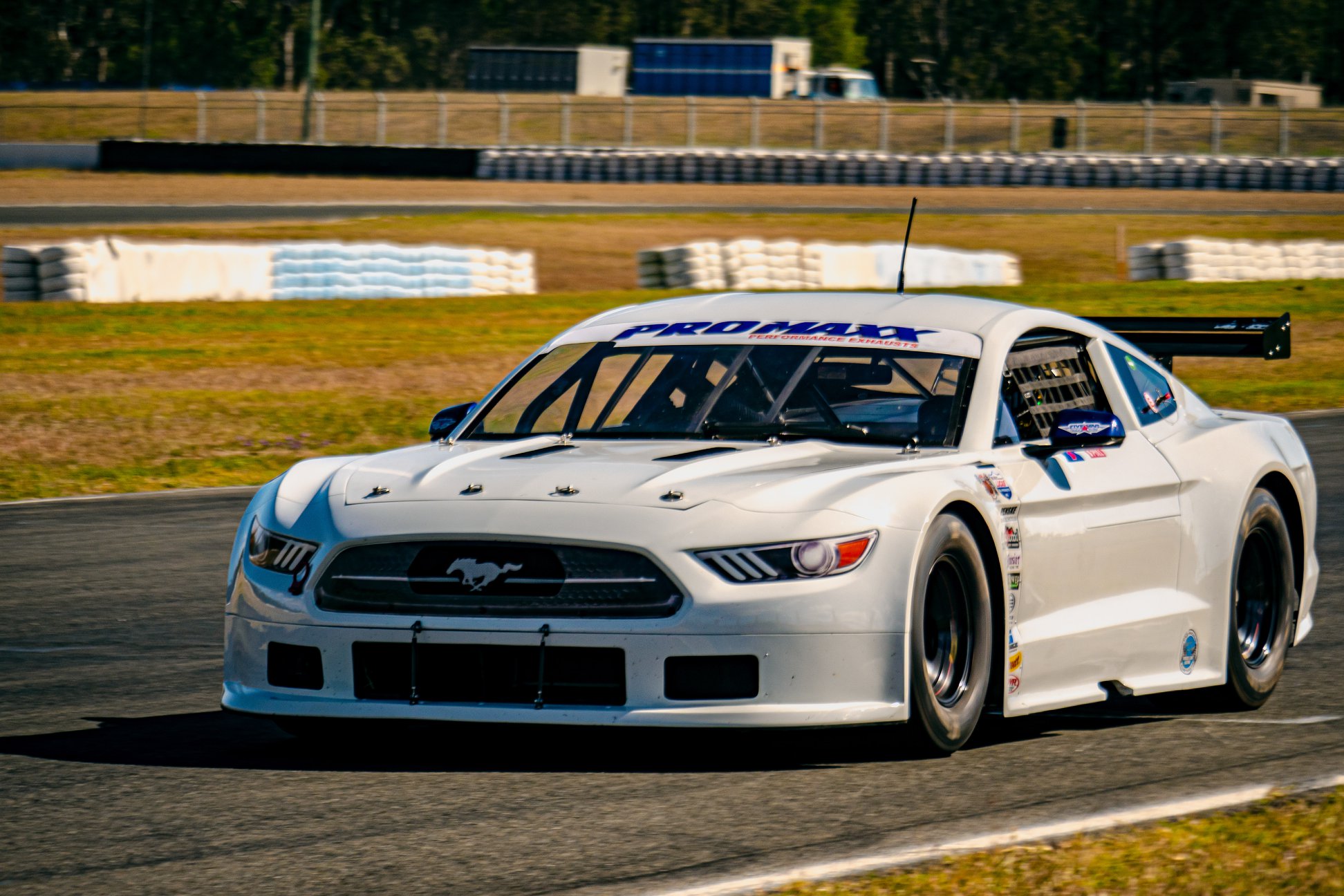 Jett Johnson in the TA2 Mustang

A step into TA2 racing would mirror that of Steven’s career, who raced in the New Zealand TraNZam category in the mid-1990s.

“The first big horsepower sedan I raced was a Trans-Am as well,” Steven explained.

“It was a little bit different in style, but it was a Trans-Am and it really gave me a lot of knowledge and versatility too. I want (Jett) to become an all-round driver, not specifically one thing.

“For us too, as much as everyone thinks we’ve got big resources and all this money, they’re wrong.

“All the stuff that I do on my TCM car, I do on Jett’s Hyundai, we do as a family is all done at home in my shed or our little factory, which is tiny.

“That’s how this is going to be run too if we do something like this. We aren’t lucky to have big backing behind us, but we’ve got great sponsors.

“TA2 is an awesome platform but it’s also very cost-effective.”

Steven said he’s nearing the point in his racing career where he’ll start winding down his on-track exploits to begin focusing on Jett’s ambitions.

While that may be a few years away yet, Steven is conscious that that time will come eventually.

“He’s pretty committed and really wants to try and make a career out of it,” said Steven.

“He’s under no illusion that he’s got a lot of hard work ahead of him to be able to raise the money and keep the sponsors that he’s got.

“We’ve got some great little sponsors that are really keen to get on board with him from the start and look like following him right through, which is great.

“I’m not saying I’m going to give up in a year or two, but that’s the way people are talking to me about the sponsor side of things.

“They’re loving what we’re doing at the moment and can see in the future that’s going to continue with Jett. They want to be on board for the long haul.”