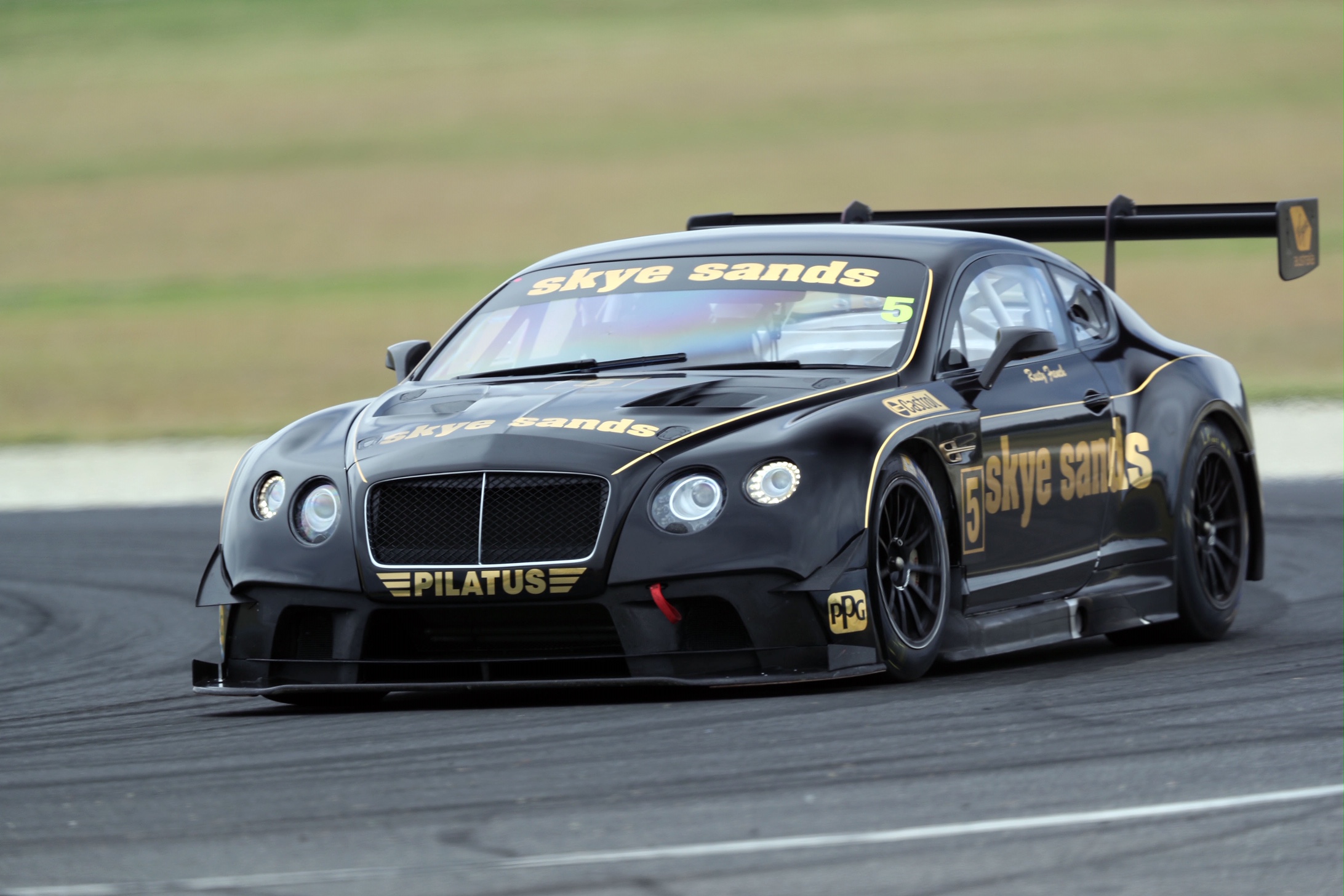 Thomas Randle will race a Bentley Continental GT3 at The Bend

Randle will race on the Virgin Australia Supercars Championship support card in what will be the first competitive outing for the FIA GT3 homologated car.

French imported the Bentley from the United Kingdom to Australia in late 2018.

The car was tested by Randle in its resplendent black and gold Skye Sands livery at Phillip Island in early 2019. However, the car has sat idle since.

Now, the Bentley will have its first race outing in a mixed field of Supercars, TA2, MARC cars, and Carrera Cup cars.

Speaking with Speedcafe.com, Randle said he’s excited to race at the circuit a year on from his Supercars debut.

“Rusty gave me a call and said, ‘What are you doing this weekend?’” said Randle.

“It’s really cool to get this opportunity to drive the Bentley and it will be its first Australian race meeting.

“That’s where I raced in my Supercars debut when I drove the Scandia wildcard with Tickford. I’ve driven my dad’s Sports Sedan there and it’s also where I drove the S5000 for the first time.”

Team BRM boss Mark Runde will run Randle, who will be supported by his former British Formula 3 engineer.

For Randle, the competitive outing could be the last before this year’s Supercheap Auto Bathurst 1000.

News broke last week that the Super2 Series would not feature at Mount Panorama, further disrupting an already turbulent season due to COVID-19.

However, it has since emerged the Super2 Series might still feature on the Virgin Australia Supercars Championship support card.

While the twin-turbocharged V8-powered Bentley is a far cry from a Supercar, the 24-year-old said seat time in a high-speed race car is invaluable.

“It’s just great to be back behind the wheel of a car because I haven’t driven a car since Sydney in Super2,” Randle explained.

“To get behind the wheel of anything before Bathurst is a real confidence boost.

“Bathurst is still another month away, so to keep my bum in a seat and keep up those racing miles is really good.

“It’s just great that this category exists. It’s great for everyone to showcase and get behind the wheel of their cars, especially at this time.”

The Tailem Bend Tin Tops will feature at the first weekend of the double-header at The Bend Motorsport Park.

The event will see practice, qualifying, and one 30-minute race take place on Saturday followed by two further 30-minute races on Sunday.

Round 9 of the Virgin Australia Supercars Championship, the Repco SuperSprint, takes place on September 19-20.