Miller still in reach of MotoGP title despite Misano struggles

Miller still in reach of MotoGP title despite Misano struggles 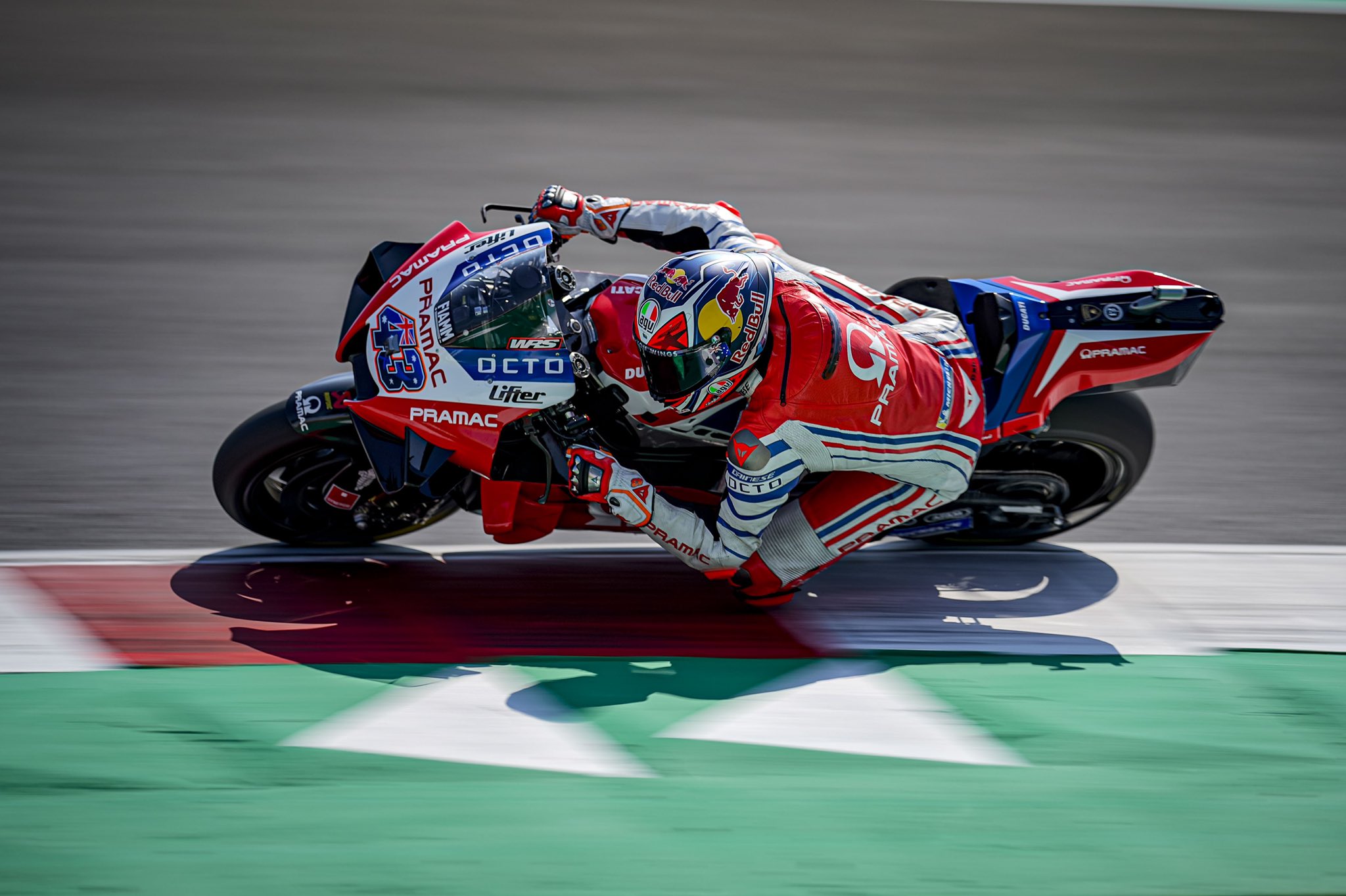 A frustrating slump to eighth in the San Marino Grand Prix didn’t dim Jack Miller’s MotoGP title hopes, with the Australian just 12 points off the lead after six races.

The Pramac Racing rider ran in the top three for the opening stanza in Misano after starting fifth, and firmed for a third podium in a row.

However, Miller faded to eighth in the 27-lap thriller, which was won by Petronas Yamaha SRT’s Franco Morbidelli.

While Morbidelli bathed in the afterglow of a maiden MotoGP victory, Miller’s frustration at missing the podium was eased somewhat as championship leader Fabio Quartararo failed to finish following two falls.

Miller crossed the line ninth, but rose a spot after LCR Honda Idemitsu’s Takaaki Nakagami was relegated for exceeding track limits on the final lap.

“I understood from probably Lap 5 that I was going to struggle later on with the tyres, and on Lap 7 I switched the mapping to try to conserve to have something left at the end to fight with,” Miller explained on his official website.

“Didn’t work, though. I suffered a lot with the rear tyre and then the front tyre on the left-hand side. Maybe in hindsight I was using too much angle.

“I tried to manage as best I could, but by the end I was really having to control the speed in the changes of direction.

“I used the medium front and the soft rear (tyres), and maybe I need to trust my instincts with what tyres are working for me in the future and listen to myself more when we choose what I race with.”

Quartararo was left stranded on 70 points, with Ducati’s Andrea Dovizioso rising to the top despite managing only a seventh place finish.

One place lower was Miller, who despite falling away late on, was pleased his rivals didn’t put more daylight ahead of him in the title race.

“Not a great race for me, but we had a fairly crazy top three that nobody would have predicted again, and we live to fight another day,” Miller said.

“There’s never a dull moment this year, that’s for sure.

“It feels like a championship anyone can win at the moment because of the inconsistency.”

Miller was outshone by Pramac teammate Francesco Bagnaia, who rode to a sensational maiden podium in his first race since returning from a leg fracture suffering in Brno practice five weeks ago.

“I was not expecting to finish on the podium because the leg was painful, I’ve had a bit of pain during these days and I was thinking I was not able to make a podium,” an elated Bagnaia said after the race.

“The only problem is in the last four laps I was struggling a lot with the leg, the change of direction, the right corner was very strange for the leg.

“But I’m very happy. To finish second at home in the first race with people around the circuit, is something incredible.

“I want to dedicate this podium to all the people that have helped me in the last five weeks.”

Riders will return to Misano this weekend for the Emilia Romagna GP.