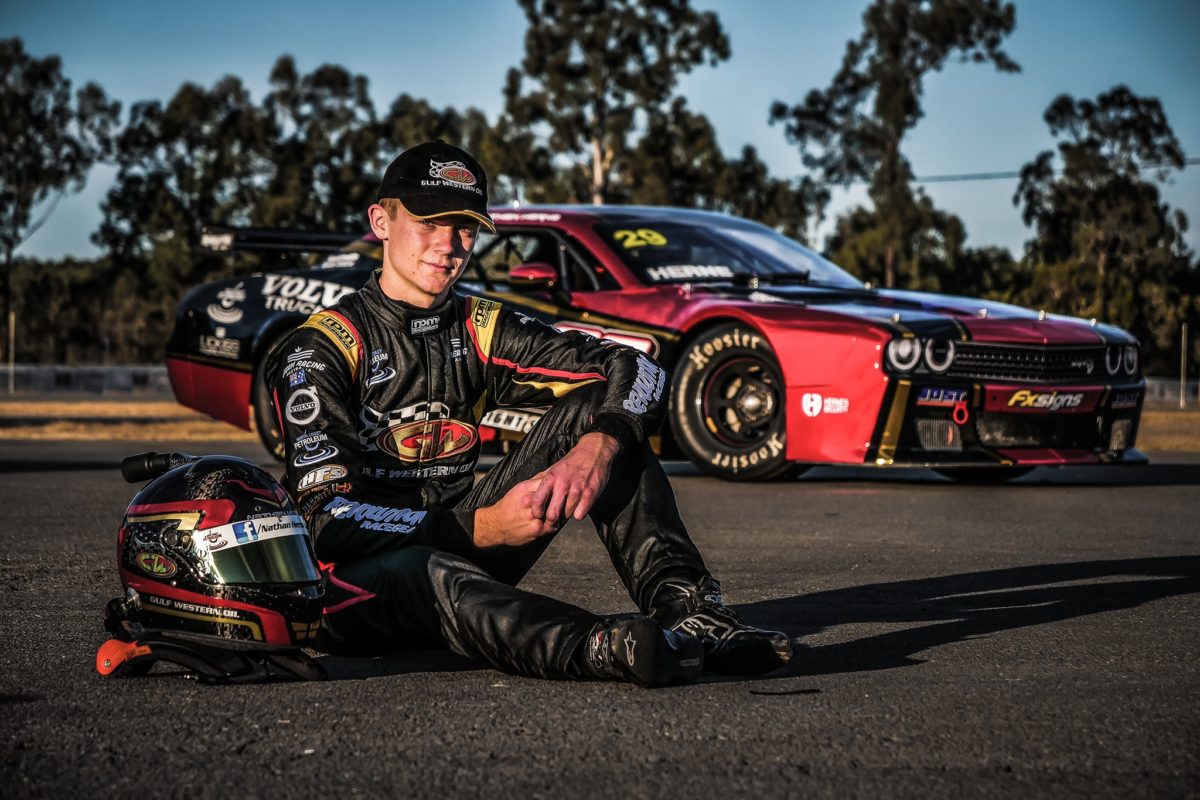 Nathan Herne believes he is ready for the challenge of competing in the Supercheap Auto Bathurst 1000 next month.

Herne is poised to join Tyler Everingham at the wheel of a Garry Rogers Motorsport prepared Holden Commodore for the finale to the 2020 Virgin Australia Supercars Championship.

The event will be the maiden Supercars start for both drivers, though Everingham has experience in the Kumho V8 Series (2018) and the Dunlop Super2 Series.

Herne meanwhile has only a handful of Supercars laps to his name courtesy of a test outing with Brad Jones Racing in 2018, and courtesy of entering the Aussie Driver Search before it collapsed.

“If I didn’t think I was capable of doing it I probably wouldn’t have signed up to do it,” Herne told Speedcafe.com.

“I know that being a wildcard we’re going to get pushing around like we’re in a washing machine, but I think we’re going to have to take that on our chin up and keep it clean.

“My one goal’s just to finish the event.

“I know that they’re fighting for something a lot bigger than me, just doing a wildcard event at Bathurst. I’m just going there to have some fun, take the pressure off myself and try and enjoy it.”

Herne and Everingham are scheduled to take part in a pre-Bathurst test at Winton before heading to Mount Panorama.

The 17-year-old competed there in January at the wheel of a TA2 car in the Combined Sedans class.

“In a TA2 it’s a left hand drive car, h-pattern box on a bag tyre as you’d say, they were pretty loose around the top of the Mountain,” he explained.

“So it’s going to be something different to get my head around. Obviously I haven’t really driven a Supercar around many tracks before, to get to Bathurst is going to be a big handful.”

One potential stumbling block is Herne’s lack of a Motorsport Australia Superlicence.

Put most simply, a driver must finish either in the top six of the previous year’s Dunlop Super2 Series, or accrue 13 Superlicence points over the last five years.

Speedcafe.com understands Herne has amassed a total of 10, courtesy of winning the New South Wales and Victorian Formula Ford state championships in 2018.

He currently competes in the TA2 Muscle Car series, which does not attract Motorsport Australia Superlicence points.

In order to make the grid he would therefore require an exemption.

“I’m not really involved in the license, that’s all Barry and Garry,” Herne explained.

“As far as I’m aware, I’ve done everything needed.

“I haven’t had any penalties or any accidents for the past two years of racing.

“It’s all across the line as far as I’m aware, but that’s up to Barry and Garry to sort out.”

It’s understood that Herne’s Superlicence application was made to Motorsport Australia yesterday and is currently under review.

The governing body has previously blocked Matt Chahda’s attempts to compete in the Supercars Championship, while others such as Alex Rullo have gained exemptions.

Tickford Racing’s Broc Feeney is another who would need an exemption to compete, having only scored eight points towards his Superlicence.

While excited about the prospect of competing in Australia’s most famous touring car race, he’s not getting ahead of himself.

“It was something that just popped up randomly,” he explained.

“Coming from TA2, you’re not really planning on racing in Bathurst or making it into a wildcard seat or anything like that.

“To get this call up to do this is pretty big, but in terms of future, look, you never know what’s going to happen.

“It can’t hurt, this event, as long as I keep my nose out of trouble.