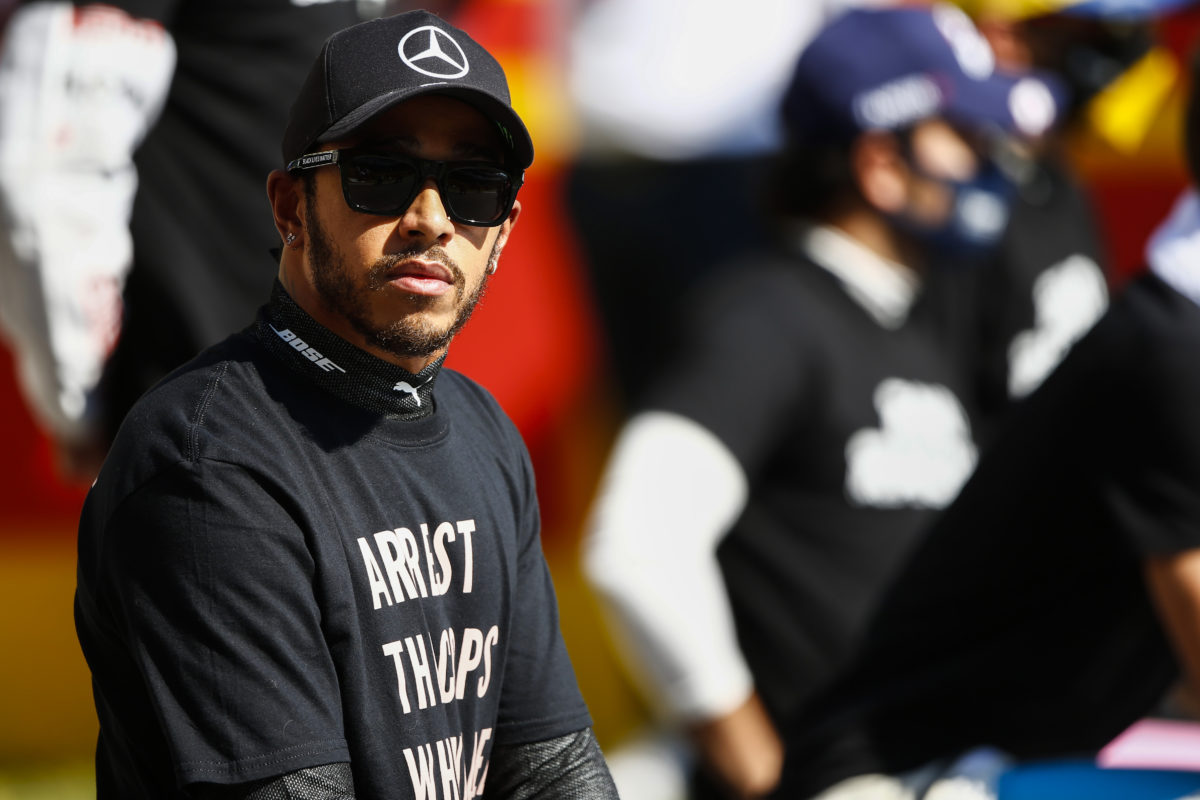 The FIA is considering launching an investigation into Lewis Hamilton as a result of a t-shirt he wore at the Tuscan Grand Prix on Sunday.

Hamilton wore a shirt emblazoned with the message ‘Arrest the cops who killed Breonna Taylor’ with an image of her on the back.

Taylor was shot by police in her home in March during the execution of a no-knock warrant as part of a narcotics investigation.

Asleep at the time, Taylor’s boyfriend reacted to the perceived home invasion by firing a gun at police.

Taylor was shot eight times as police, who had entered the wrong house, returned fire, the medical technician dying from her injuries.

Hamilton wore the t-shirt both pre-race and on the podium after he claimed victory before speaking about the incident in the post-race press conference.

“It’s still fighting the same thing,” Hamilton said when asked about the message, and why he changed from the ‘Black Lives Matter’ t-shirt he has donned previously.

“It took me a long time to get that shirt and I’ve been wanting to wear that and bring awareness to the fact that there’s people that have been killed on the street and there’s someone that got killed in her own house, and they’re in the wrong house, and those guys are still walking free and we can’t rest, we can’t.”

It prompted questions as to whether the message crossed the FIA’s line regarding political statements.

The sport’s governing body works to remain neutral, with its stature requiring competitors to refrain from political branding and messaging.

“That’s the consideration we are looking into,” an FIA spokesperson told Pitpass when quizzed as to whether Hamilton’s shirt was considered political.

“It is entirely his decision,” he said.

“Whatever he does, we will support.

“The team is fighting against any kind of racism and discrimination, and it is Lewis’s personal fight for Black Lives Matter and with all the support we can give him.

Hamilton also denied the t-shirt was political in nature, stating it was simply a continuation of the anti-discrimination movement he has been vocal about at all events in 2020.

“We’re not bringing politics into F1, these are human rights issues that we are trying to highlight and raise awareness of,” he said.

In 2006, the FIA fined organisers of the Turkish Grand Prix when Felipe Massa was presented with the winner’s trophy by the President of the Turkish Republic of Northern Cyprus, a state only recognised by Turkey.