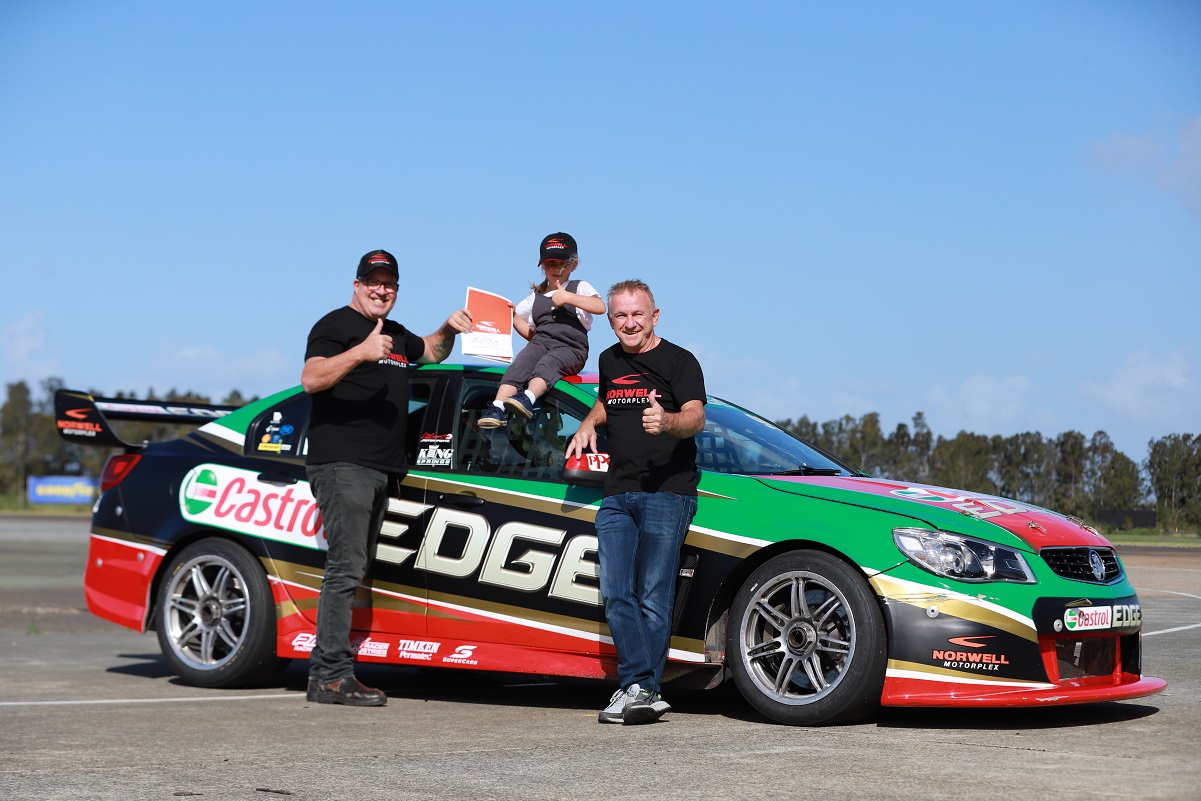 Australian motorsport legends Paul Morris and Russell Ingall have come to the aid of a five-year-old fan who had her ‘life’ savings stolen during a robbery at her family’s restaurant.

Maddison’s mother, Sarah Degen, who runs the cafe with partner Rob Houston, arrived at their cafe to see the back door kicked in and then discovered they had lost a week’s takings as well as Maddison’s hard-earned cash.

Pimpama’s Whistlestop Cafe has long been a regular drop-in point for the motorsport fraternity, especially those heading to Morris’s Norwell Motorplex.

Maddison sold the strawberries at a specially designed drive-through before school each day.

Morris and Ingall, who host the popular Enforcer and the Dude video show, came to the aid of Maddison by donating $600 to make up for the stolen cash and by giving her a ride in the Castrol car at the Motorplex’s Super School. 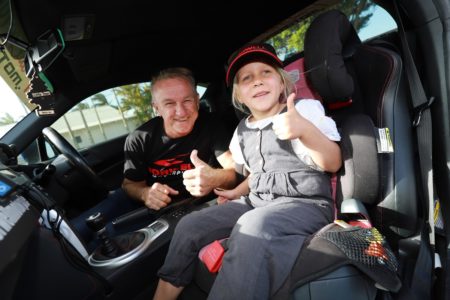 “The Whistlestop Cafe has been a regular for us for many years,” said Ingall.

“Sarah and Rob who run the place are great people and have been battling through the COVID-19 period like so many others, especially in the hospitality industry.

“You just find it hard to believe that these grubs have broken in and stolen from them.

“It is even worse when you consider that they also stole a five-year-old little girl’s savings.

“Maddison obviously loves cars and it was a buzz for me and The Dude to see the smile on her face after a couple of laps today.”

Morris, who has become a mentor for some of the best young racers in the country through his driving academy, said it was nice to see Maddison’s dream of owning a Ferrari back on track.

“How cool is it for a little girl like Maddison to have passion for cars and a dream of owning a Ferrari?” said Morris.

“Hopefully a day like today will help her understand the world isn’t totally full of grubs and that she shouldn’t give up on getting that Ferrari.

“There is no doubt that she will need to sell a lot of strawberries to get her dream car, but she has got a few years to reach her goal and after spending some time with her, I have no doubt she will make it happen.”

Maddison received an extra surprise when a representative from Ferrari Gold Coast, which is part of the Frizelle automotive group, also handed her $600 and invited her into the passenger seat for a ride around the block in a new member of the Prancing Horse family.