Ricciardo left with ‘pain inside’ after missing Mugello podium

Ricciardo left with ‘pain inside’ after missing Mugello podium 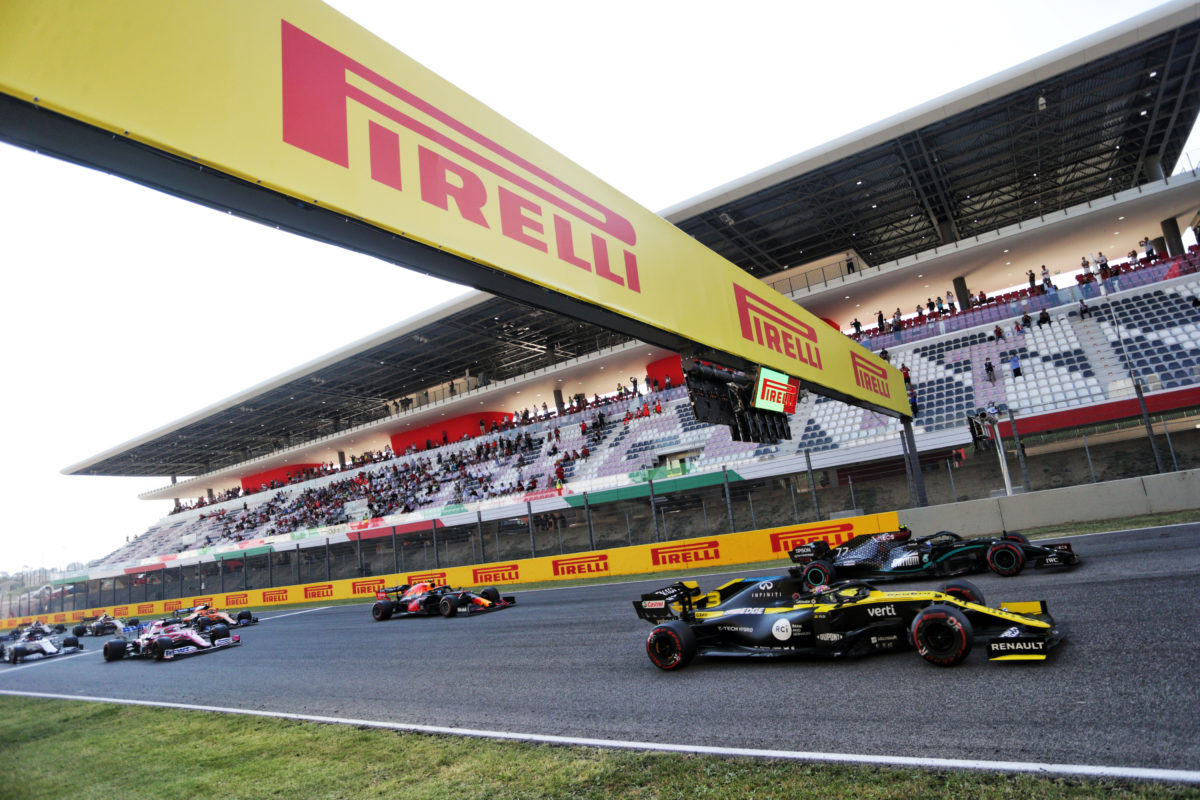 Missing out on a podium in the Formula 1 Tuscan Grand Prix left Daniel Ricciardo and the Renault team in pain according to the Australian.

The 30-year-old finished fourth in the race after losing out to Alex Albon’s Red Bull late in proceedings.

Ricciardo had run as high as second, blasting past Valtteri Bottas on the run to the first corner at the second restart.

That lasted only a lap before the Mercedes eased back through, the 2018 Monaco Grand Prix winner dropping one more place as Albon passed him around the outside at San Donato.

Though it saw Ricciardo and Renault fourth at the flag, equalling their best result together, they had hoped for more.

“I’m smiling on the outside obviously, there is obviously a bit of pain on the inside with everyone in the team,” Ricciardo told Sky Sports F1.

“It’s a little bit artificial because we know we had a great race; strategy was awesome, we undercut Stroll, starts were great, put ourselves there.

“I think if Albon passed me on the start we could say we lost it, but we had it and he just had more pace than us. (I) Didn’t really have an answer.”

Ricciardo’s sentiments were echoed by team boss Cyril Abiteboul, who suggests the team’s disappointment with missing out on the podium is a sign of progress.

“The best news of the day is that we are disappointed to be P4,” he said in the same Sky Sports F1 interview.

“It shows the team preparation in particular at a track that we were not expecting it.

“So that does say something, that there is something that we don’t completely understand with our car.”

Running comfortably in third ahead of Lance Stroll and Albon as the race entered its final stages, the Renault seemed to lose pace following the stoppage.

“I felt like the first two stints he was hanging there, with Stroll and myself, but it never felt like he (Albon) had a lot more pace,” Ricciardo explained.

“I guess with low fuel and soft tyres his car came alive a little more, and it was the last sector. That’s where you catch on to the DRS.

“He broke my DRS very quickly, so didn’t really have an answer.”

Renault had expected a tougher time of it in Mugello, a fast circuit which necessitates higher downforce levels than have been seen at the previous two events.

“I think what’s really encouraging was Spa (and) Monza we knew would be strong for us,” Ricciardo began.

“This circuit I wouldn’t say had the highest of expectations, but I think putting the lap together yesterday we were a P5 car in quali and obviously we had top 5 pace all race.

While Ricciardo finished fourth, Esteban Ocon in the sister car was one of eight retirements from the race.

The Frenchman did not rejoin the fray after the first red flag when brake problems were discovered in his car.

That followed reports from Williams’ George Russell, who was behind Ocon on track, that his rear brakes were on fire as they trailed the early Safety Car.

Ricciardo is now seventh in the drivers’ standings with 53 points while Ocon lies 12th with 30 points to his name.

Combined, the team sits fifth in the constructors’ championship with 83 points, nine down on Racing Point and 23 shy of third placed McLaren.