POLL: Will Ricciardo score a podium in 2020?

POLL: Will Ricciardo score a podium in 2020? 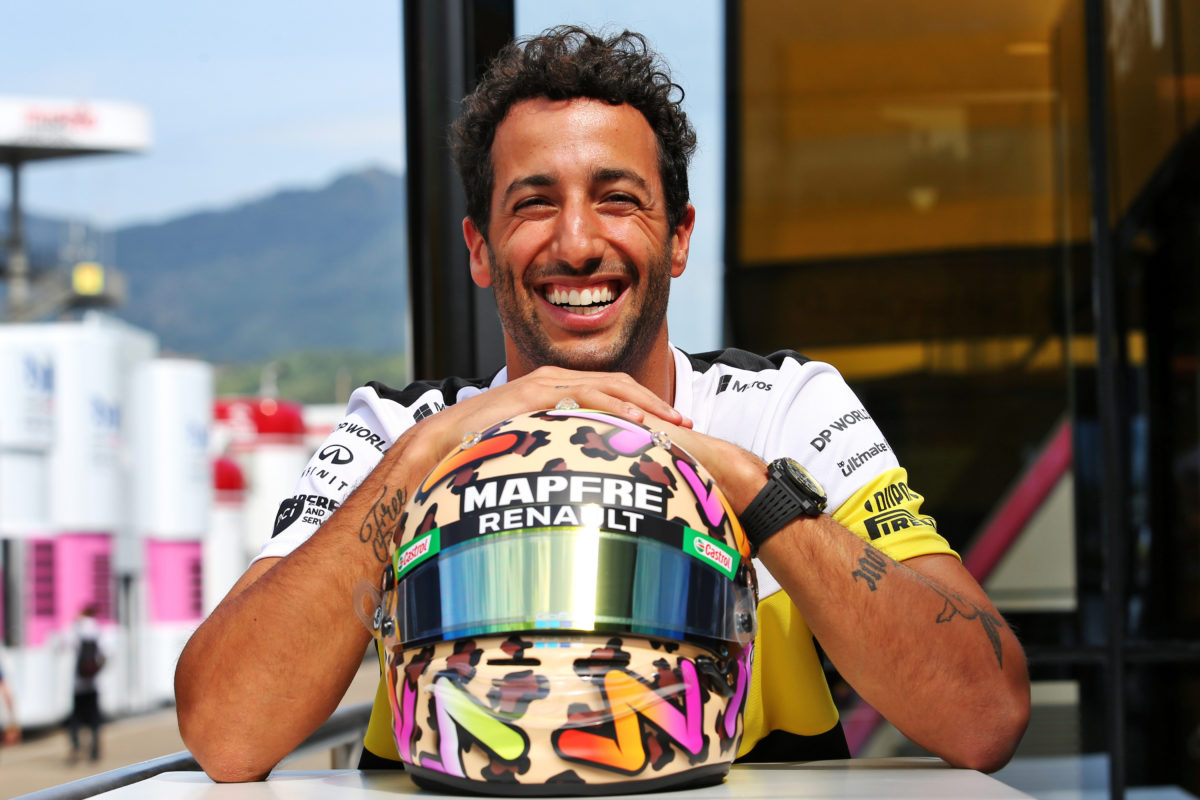 With just 10 races left with the French marque, time is running out to secure an elusive podium. For this week’s Pirtek Poll we want to know if you think he’ll score one before he joins McLaren.

In the eight races run thus far in 2020, Ricciardo has finished fourth on three occasions.

When it was announced that the West Australian was to join Renault, it was hoped that he would help lead it out of the midfield.

A solitary fourth place last year was the high water mark of that campaign, making the three obtained thus far a notable improvement.

That’s further evidenced by its constructors’ championship standings; Renault has 83 points already versus the 91 it amassed throughout 2019.

Part of that can be attributed to the downturn in performance at Ferrari, the 2019 race winning outfit struggling to score consistent points this year.

That means there are more opportunities on the table for the traditional midfield teams, but it’s still a case of taking those chances when they’re presented.

A rostrum result is a very real ambition for the team, with a bet between Ricciardo and team boss Cyril Abiteboul hanging on a top three race finish.

Should the Aussie climb onto the podium, the bet decrees that Abiteboul will have to get a tattoo of the former’s choosing.

In Mugello over the weekend that came close to reality as the 2018 Monaco Grand Prix winner ran in the top three as the race entered its final stages.

An unusual race to say the least, Ricciardo had enjoyed a healthy helping of luck to be in that position in the first place, but once there, appeared to be holding on to it with genuine pace.

His path into the top three was eased when Max Verstappen became an opening lap casualty, the Red Bull driver all but locked on for a podium with the two Mercedes had they all made the flag.

With the Dutchman out of the equation the door was opened for one of the midfield runners, and for a time it looked as though it was Ricciardo’s day.

That was until Lance Stroll suffered a failure which pitched him into a high-speed spin at Arrabbiata 2 to trigger a red flag – the second of the race.

At the restart, the seven-time race winner briefly stole second from Valtteri Bottas before slipping back to third and ultimately fourth as Alex Albon found strong pace on fresh soft tyres in the closing laps.

Still, it was a show of strength and progression for the team, which had not expected to perform as well as it did around Mugello.

Ricciardo admitted that he expected to show pace at the Belgian and Italian Grands Prix, but the team’s performance at the higher downforce Tuscan event came as something of a surprise.

In Belgium, he claimed the fastest lap on the final lap of the race as he pursued third placed Verstappen, then finished sixth in Monza the following weekend.

“I think what’s really encouraging was Spa (and) Monza we knew would be strong for us,” he told Sky Sports F1.

“This circuit (Mugello) I wouldn’t say had the highest of expectations, but I think putting the lap together yesterday we were a P5 car in quali and obviously we had top five pace all race.

With Renault’s form seemingly on the up, and a number of near misses in recent races, the question must therefore be asked; is the Renault/Ricciardo combination good enough to stand on the podium in 2020?

Let us know what you think in this week’s Pirtek Poll.