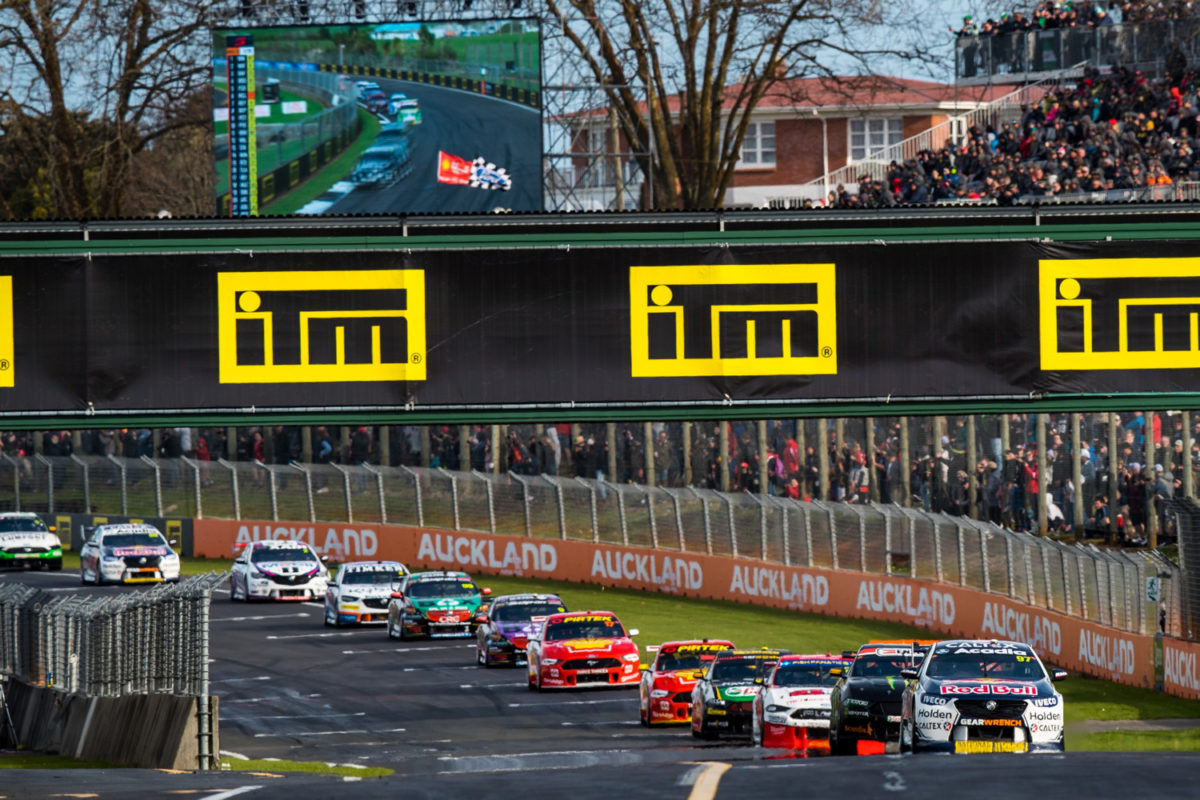 Supercars remains hopeful of returning to New Zealand in 2021

Hampton Downs Motorsport Park and Pukekohe Park both remain options for the return of Supercars to New Zealand in 2021.

Category CEO Sean Seamer affirmed his hopes to have the soon-to-be-known Repco Supercars Championship return in April next year.

Speaking in a recent media roundtable teleconference, which included Speedcafe.com, Seamer said category organisers are working through plans for 2021.

The championship could still debut at Hampton Downs even with enough advanced planning to avoid the bylaw drama.

“Our current plans for the calendar for next year as it relates to getting back to New Zealand, we’re still working on being there in April as we had planned to be this year,” said Seamer.

“Our position hasn’t changed as it relates to Hampton Downs given all the great work that they did for us, particularly over Christmas last year.

“We’ll work through that with all the key partners involved; Sky (Sports), obviously Repco, and the folks at ITM. We’ll come to a conclusion on that in a few weeks.”

Travel restrictions remain in place between Australia and New Zealand.

While the majority of states and territories in Australia have committed to opening their borders by the end of the year, plans for a travel bubble between countries have not come to fruition.

Asked whether travel restrictions could push the Supercars event in New Zealand to a later date, Seamer said both parties were willing to be flexible.

“What we’ve seen with our partners is a lot of flexibility around the date and location of that event because of everything that we’ve been through, not only this year, but in planning for this year with the change from Pukekohe to Hampton Downs,” said Seamer.

“We’ve got great partners down there. ITM, ATEED, the folks at Hampton Downs and Pukekohe, and as you know the Kiwis are an entrepreneurial bunch and will make it happen one way or another.”