Gardner to undergo surgery after warm up highside

Gardner to undergo surgery after warm up highside 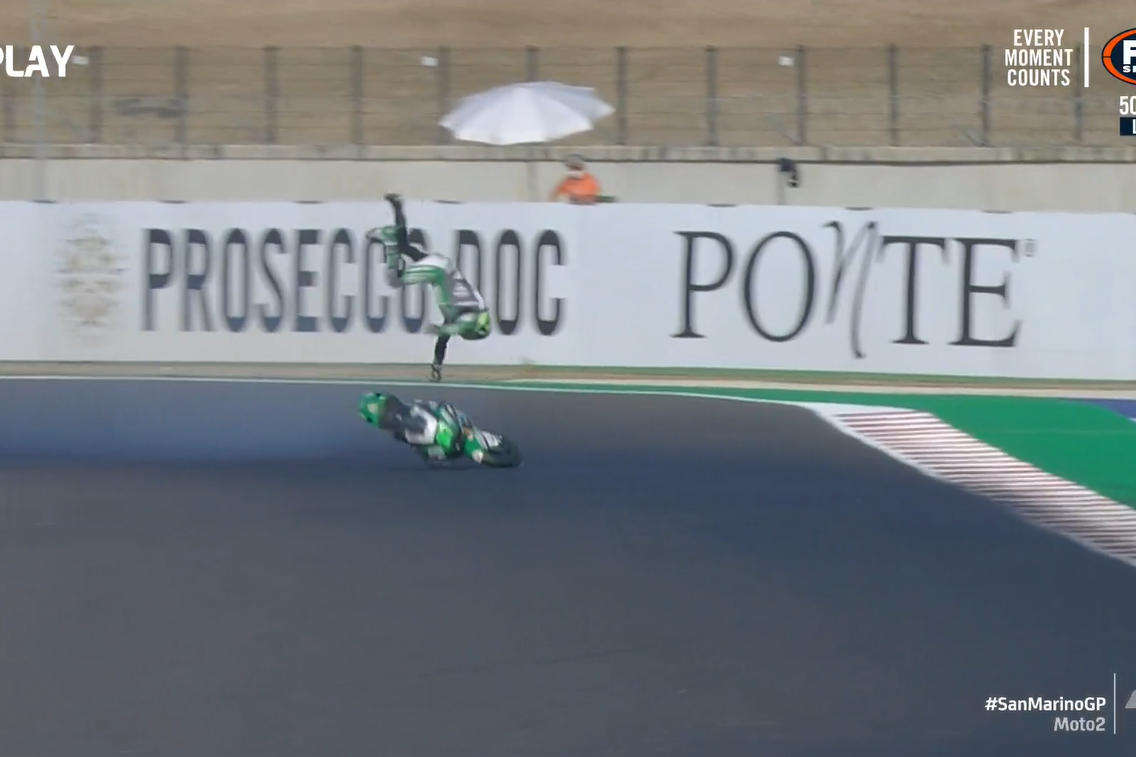 Remy Gardner will undergo surgery after suffering fractures when he highsided in the warm up for the San Marino Moto2 race which he was due to start from pole.

The Australian was on top of the timing screen when he was flung from his Kalex through Turn 11 in the final minutes of the Warm Up session at Misano.

Although Gardner was able to walk away from the scene, he did not take the start of the race which followed and will now be operated on in Barcelona.

The Stop and Go Racing Team rider had inherited first position on the grid due to a pre-existing penalty for Sam Lowes (Marc VDS), the fastest qualifier.

Not only did that go to waste, Gardner is now in doubt for the second Misano round, this coming weekend, having been diagnosed with a broken thumb and three fractures in his left foot.

“Saturday was a really great day,” said the 22-year-old.

“We worked really well as a team and were able to come back from a tough Friday. I was extremely happy to be on the front row and with Sam’s penalty, I was P1 on the grid.

“I knew the Italian riders would be fast here in Misano, so the target was to do a good race and leave with some strong points.

“We were fast again in Warm Up and honestly, I have no idea why I went down. It was a big crash, but I escaped relatively unhurt.

“I am now going to Barcelona to be operated on and I hope to be able to ride next week, but it’s too early to say for sure that I can.”

Pole reverted to VR46’s Luca Marini and he led for most of the 25 laps, although the Italian faced a big battle with team-mate and compatriot Marco Bezzecchi in the latter stages.

They were separated by 0.799s at the chequered flag, with the win seeing Marini extend his championship lead over the other podium finisher, Enea Bastianini (Italtrans), to 17 points.

Gardner slipped from ninth in the standings to 11th.

In MotoE, fellow Australian Josh Hook (Pramac) finished at the back of the 18-bike field after an early off in a race taken out by Matteo Ferrari (Gresini).

John McPhee (Sepang Racing Team) came from 17th on the grid to win the Moto3 race by 0.037s with a final lap pass, while Albert Arena (Aspar) retains that championship lead despite crashing out.

The Moto2 and Moto3 seasons continue with the Emilia Romagna Grand Prix at Misano.