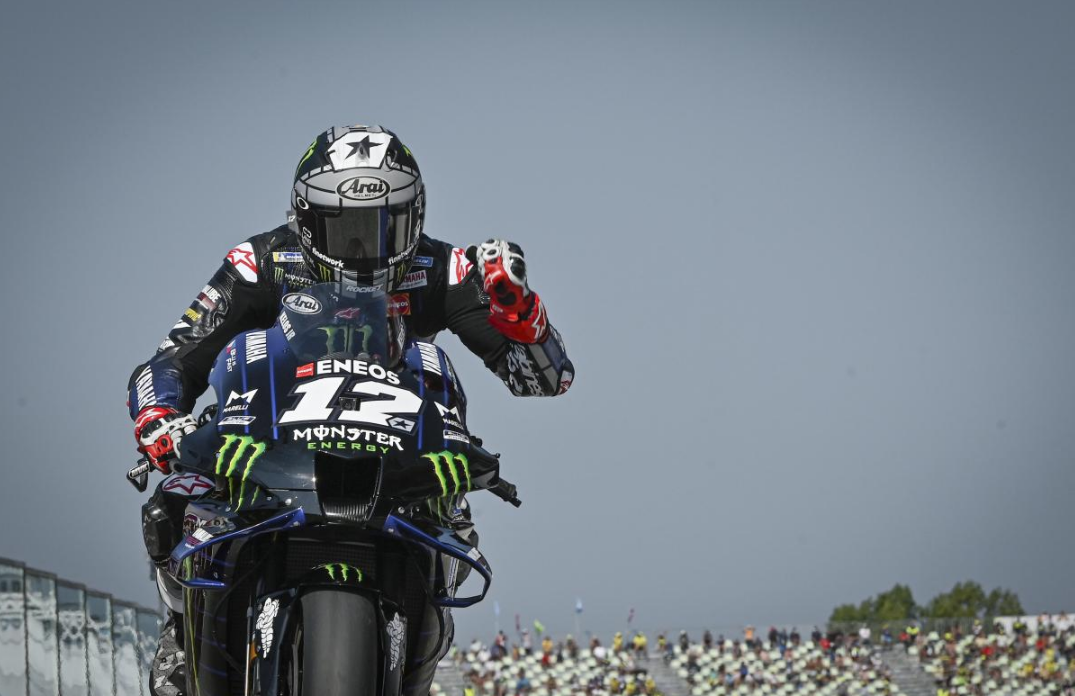 Maverick Vinales slaughtered the field to claim a second pole position in three races at the San Marino Grand Prix.

Vinales fired in a new track record at the Misano circuit to lead a Yamaha one-two-three-four in qualifying, with Franco Morbidelli beating Petronas Yamaha SRT team-mate and championship leader Fabio Quartararo to second.

With the chequered flag waving, Morbidelli rose to the top with a 1:31.723s and firmed for a maiden premier class pole, before Vinales blew them all away with a whopping effort to put 0.312s between himself and his closest rival.

Quartararo, who was fastest ahead of Vinales in Free Practice 4 just prior to qualifying, was frustrated to miss out on a third pole of the season, yet managed to retain a front row start despite failing to improve on his final flying lap.

Q2 began in high drama for Pol Espargaro, who dumped his factory KTM into the gravel trap at Turn 15 with little more than 11 minutes remaining.

Espargaro, after a frustrating practice effort, had to progress from Q2 to make the fight for pole, and was joined in the final stanza by last-start winner Miguel Oliveira. However, both missed the top 10.

Johann Zarco (Avintia), Espargaro and Oliveira will launch from the third row for Sunday’s race.