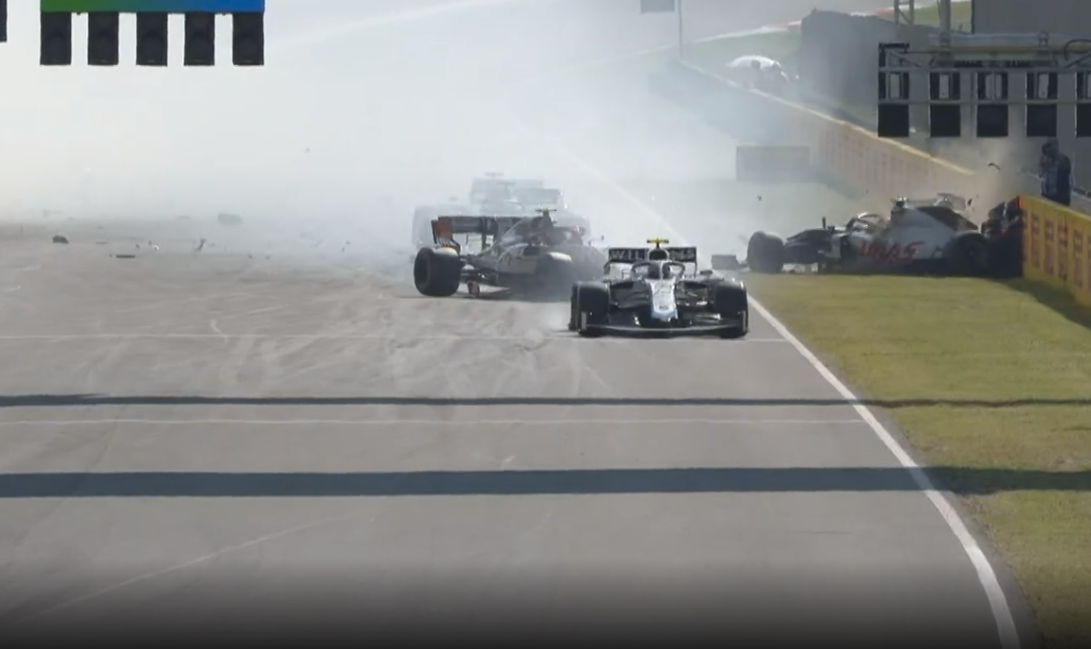 The Formula 1 Tuscan Grand Prix has been red flagged on Lap 9 without a racing lap having been completed.

The Safety Car had been called for an opening lap tangle which involved Max Verstappen, Pierre Gasly, and Romain Grosjean at Luco (Turn 2) only for a restart crash to halt proceedings.

Valtteri Bottas led the field back to the green flag once the opening lap dramas had been mopped up, keeping the speed low to protect his advantage as the field accelerated down the long front straight.

Back in the pack, the field was stacked before some began accelerating before the race leader.

That resulted in Antonio Giovinazzi slamming into the rear of Kevin Magnussen, the pair then ploughed into by Carlos Sainz while the incident also accounted for the innocent Nicholas Latifi.

Giovinazzi’s car was thrown skywards in the initial impact while debris showered the front straight and left Race Control with no option but to red flag the event.

Sainz had been down the order following a spin at Turn 2 on the opening lap, having touched wheels with Lance Stroll.

The Spaniard spun in front of the field but was able to continue, albeit down the order from his qualifying position.

It marked the second red flag in as many events after the Italian Grand Prix was suspended following a heavy crash for Charles Leclerc midway through the race.

Under the stoppage, Bottas leads from Lewis Hamilton, and Charles Leclerc, while the field has been reduced to just 14 runners. 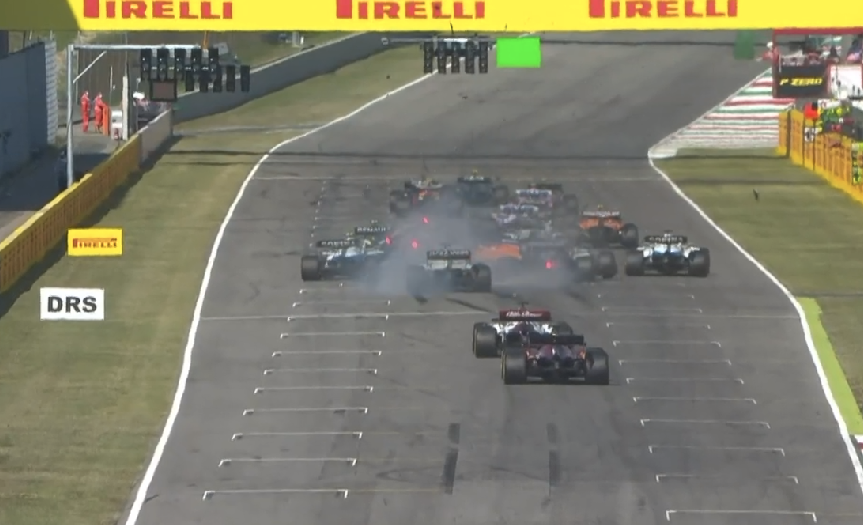