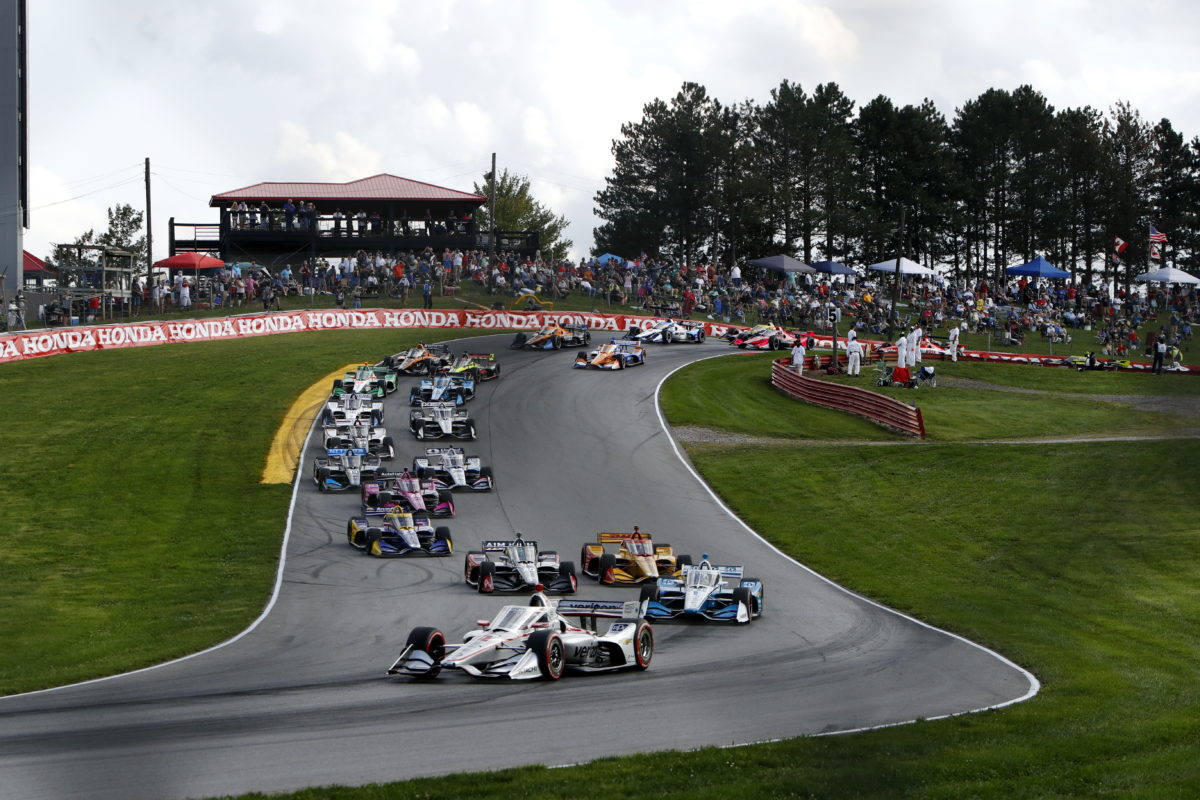 Team Penske driver Will Power has claimed his first win of the 2020 IndyCar Series in the first of two races at Mid-Ohio this weekend.

The Australian started from pole and controlled the 75-lap encounter to win from team-mate Josef Newgarden by 7.4 seconds.

It was his 60th pole position and 38th IndyCar career win, coming more than a year after his last success at Portland at the back end of the 2019 campaign.

Series leader Scott Dixon finished 10th, a result which saw Newgarden reduce his deficit to the New Zealander to 76 points with four races still to run.

Alexander Rossi was third across the line, nearly nine seconds down on Power, with the top five rounded out by Graham Rahal and Ryan Hunter-Reay.

Rossi had looked to use strategy to challenge Power at the front, attempting to overcut the Team Penske driver at the first round of stops.

He then pitted first for the second round in an effort to undercut his rival, but his efforts could not overcome Team Penske and he was forced to settle for third.

The 10th place finish for Dixon marked his second-worst result of the year.

He qualified just 17th and though improved quickly in the early laps his progress stagnated once he reached the fringes of the top 10.

Third place in the standings, Pato Ward, was one spot behind Dixon at the finish, helping to mitigate the impact of the result.

The race ran its duration caution free, with only a scuffle between Simon Pagenaud and Macro Andretti at the Keyhole, and another off the Andretti at the same corner later in proceedings the only incidents of note.

The green flag for Race 2 at Mid-Ohio is scheduled to fly at 03:00 AEST on Monday morning.