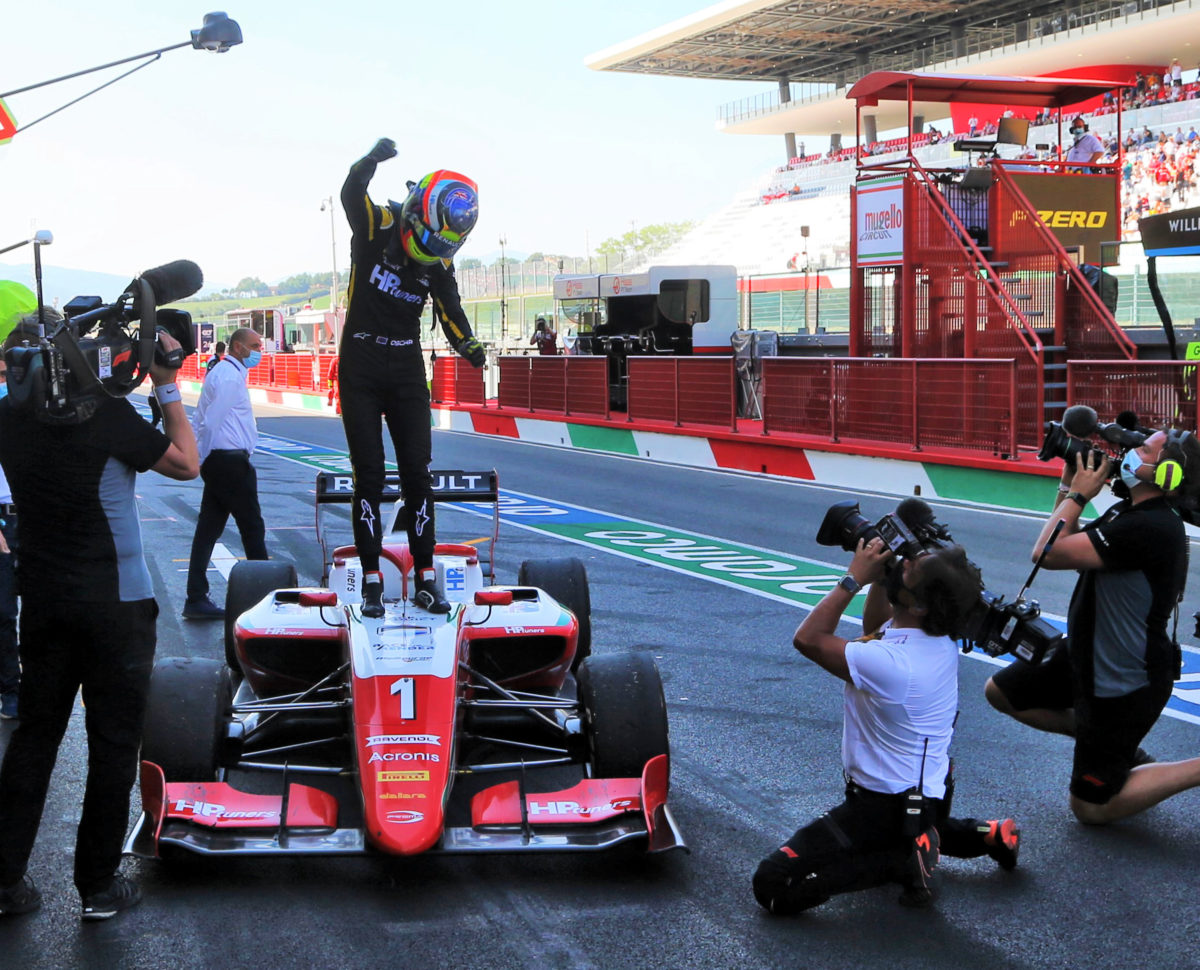 Australian youngster Oscar Piastri has won the FIA Formula 3 Championship after a nail-biting finale at Mugello.

The Victorian entered the final race of the season tied on points with Logan Sargeant and nine clear of Theo Pourchaire in third.

Sargeant was eliminated on the opening lap but Pourchaire raced his way forward and came close to stealing the championship in the final race of the year.

Piastri, however, did just enough to hold on to his title advantage, winning the championship by just three points.

A frantic start saw Sargeant off the road on approach to Luco (Turn 2) on the opening lap.

The American driver was squeezed for room as the field ran three wide, sending him into the gravel trap and retirement.

Though his main title rival was eliminated, Piastri couldn’t relax as Pourchaire remained a threat.

The race was headed by Liam Lawson, Pourchaire immediately attacking and passing Piastri as the Safety Car released the field.

Pourchaire, who needed to finish in the top three to claim the title, rocketed to sixth within half a lap of the restart, while Piastri fell to ninth.

The Australian fell a further place when his Prema Racing team-mate, Frederik Vesti, demoted him as they began the eighth lap.

Meanwhile, Pourchaire continued his march forward, taking fifth on Lap 10 to move to within four points of Piastri at the top of the title fight.

Just a lap later he claimed fourth by passing Enzo Fittipaldi to move within touching distance of the spot he needed to claim the title on countback.

That prompted the Prema Racing team to radio Vesti instructing him to make progress or allow Piastri through.

On Lap 16, Pourchaire moved to third just as Piastri rose to ninth place, leaving him with the championship advantage.

The championship leader then closed in on Vesti in eighth, taking the place as they started Lap 18 to all but seal the championship.

Ahead, Pourchaire’s charge had halted, unable to catch David Beckmann in second.

Enough to move to second in the championship, it wasn’t enough to snatch the title from Piastri.

Lawson won the race, having led from start to finish from Beckmann with Pourchaire’s fine drive leaving him third.

On the final lap, Piastri rose to seventh as he won the drag race to the line against Fernandez, in the process confirming himself as 2020 FIA Formula 3 Champion.