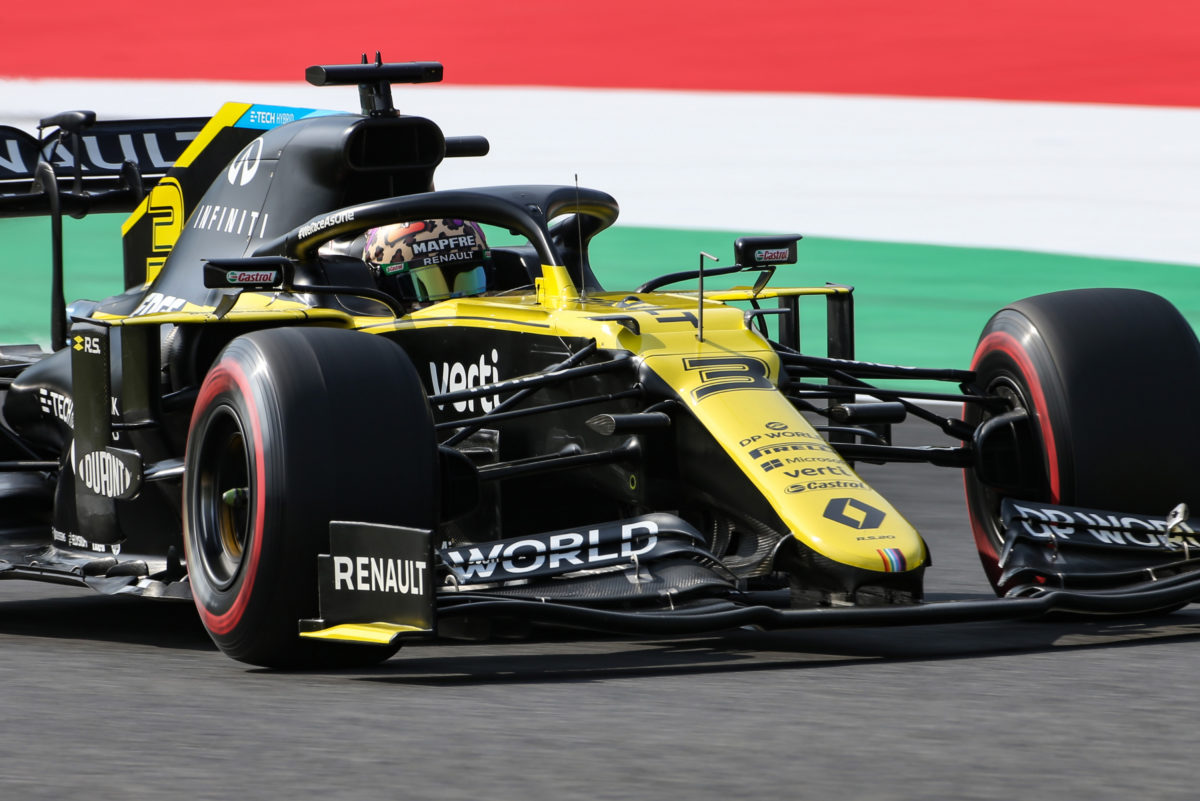 Daniel Ricciardo was left unable to improve his time in the final moments of qualifying for the Formula 1 Tuscan Grand Prix after team-mate Esteban Ocon spun.

The Frenchman lost control of his Renault exiting the Borgo San Lorenzo right-hander, sliding off the road and drawing the yellow flags.

Running behind Ocon on the road, Ricciardo was forced to slow as a result of the incident and was therefore unable to complete a meaningful lap as the session ended.

“We showed pretty good pace today, so it’s a shame not to maximise it,” Ricciardo said.

“We’re still in a good position to score points for the race.

“I was happy with the session, especially with Q2, where I put in a good lap and saved two sets for Q3.

“My first run in Q3 wasn’t the best, I lost the rear and it was a bit messy and there was certainly more to come on the second set.”

Ocon opted for a single run in the final phase of qualifying, remaining in the garage as the bulk of the top 10 set banker laps in the opening minutes of the session.

His spin therefore meant he failed to set a time at all in Qualifying 3, leaving him 10th on the grid by default.

“Unfortunately, I lost the car on my Q3 run and couldn’t put in a lap time,” Ocon explained.

“It was one of those times when you push the limits more and more throughout the session and that one was just a bit over.

“It’s a shame as we showed good pace and we could have qualified a lot further up.”

The team’s Sporting Director, Alan Permane, was left happy but not entirely satisfied with the result.

“We can be happy to have got two cars into Q3, particularly after our difficult morning today.

“However, we can’t be totally content with the finishing positions.

“We justifiably showed that the car had more pace than that; we could have been fifth and sixth.”

Ocon’s spin also caught out others, including Valtteri Bottas who will start the race second behind his Mercedes team-mate Lewis Hamilton.

The Formula 1 Tuscan Grand Prix gets underway from 23:10 AEST this evening.