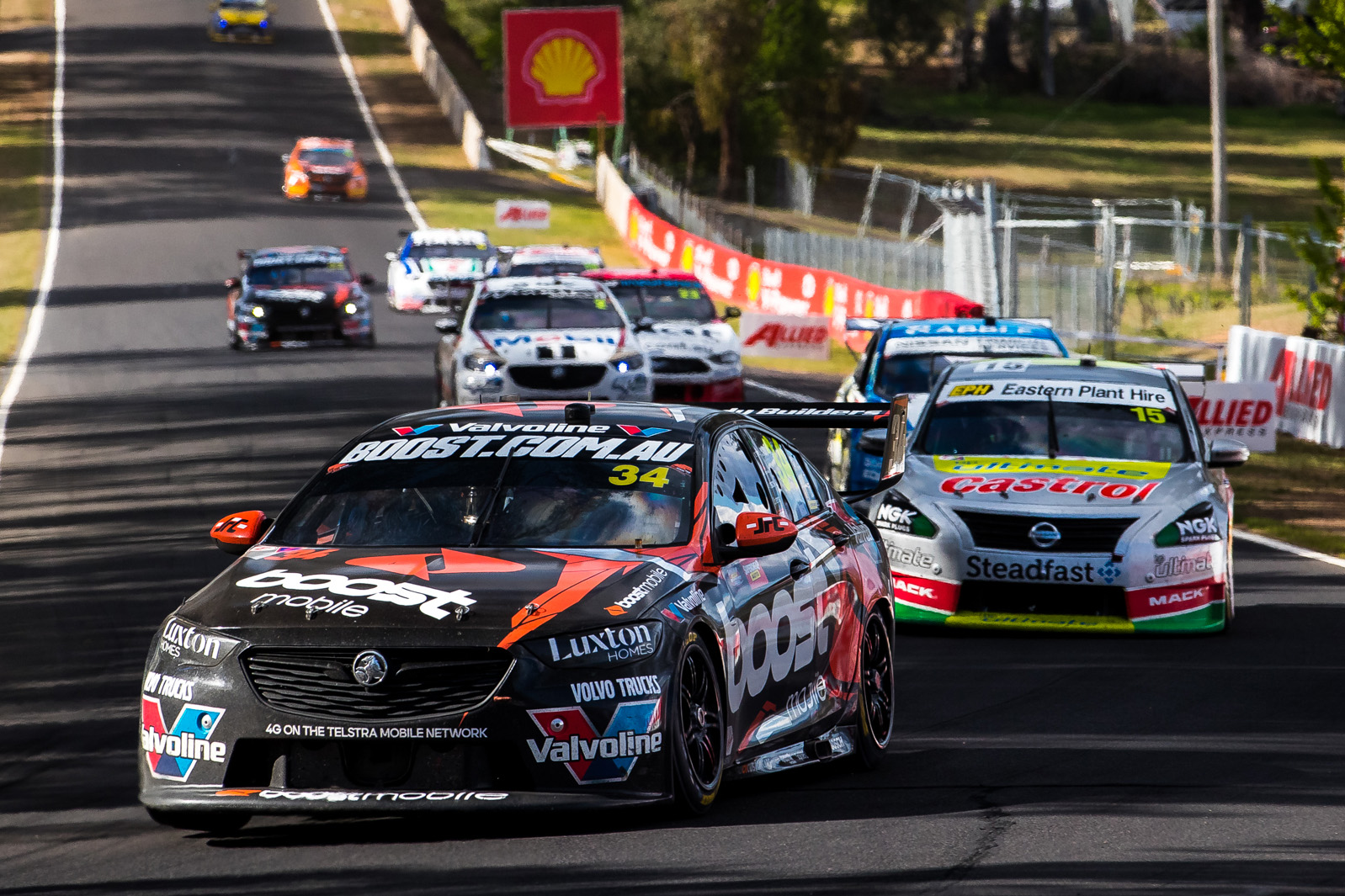 The pair will share the ex-James Golding Holden ZB Commodore, which is undergoing a refresh and will receive a new Walkinshaw engine next week.

Neither Everingham nor Herne have raced in the Virgin Australia Supercars Championship.

Everingham has one full season of Dunlop Super2 Series competition under his belt while Herne has only tested a Supercars once prior with Brad Jones Racing.

The pair will test at Winton Motor Raceway on September 22/23 before flying to New South Wales where they will quarantine for 14 days beginning on October 1.

Speaking with Speedcafe.com, Garry Rogers Motorsport Director Barry Rogers said his father wanted to make ambitions to contest the Bathurst 1000 a reality for Everingham and Herne.

“I know Garry is my dad, but I’m really proud that he’s gone back to where he came from and is bringing that young talent through,” said Rogers.

“Supercars, with their cost-saving measures, we can see they’re heading in the right track with the cost of the category. To give young guys a real opportunity is something we’re proud of.”

Rogers likened the Bathurst 1000 to that of other sporting grand finals. However, he believes young talented drivers have long been stifled by the financial obstacles.

Rogers said his father is motivated to bring down those barriers and continue a tradition of bringing future champions through the team.

The team can lay claim to have brought through the likes of Jamie Whincup, Garth Tander, and Scott McLaughlin, who have all gone on to win Supercars championships.

“As Victorians, we grow up kicking a footy around the back yard and we dream one day we might be able to run onto the MCG and play in an AFL grand final,” said Rogers.

“I’m sure kids up north think the same way with regards to rugby or rugby league.

“We need motor racing here in Australia. We need it that a little kid builds a billy kart and flies it down the hill, closes his eyes, hopes he doesn’t crash it, and dreams of being Scott McLaughlin.

“I understand the feeder categories to Supercars, whether it’s Super2 or Super3, it can be very expensive. You can spend millions of dollars before you even get to Supercars.

“We need kids to know there are guys out there like Garry. There are opportunities. You don’t need to necessarily have a bag full of money if you’ve got talent and someone spots you.”

Rogers also said traditional pathways to the top aren’t necessarily the way to go, citing Herne who from state-level Formula Ford graduated to the TA2 Muscle Car Series in 2019.

The 18-year-old found success in his maiden season, winning seven races, claiming 15 podiums, and ultimately ending the year in fourth

“The traditional pathways, sure they are good to follow where possible, but you get a guy like Nathan; he comes straight out of Formula Ford, into TA2, and now into a Supercar,” said Rogers.

“Years ago, Garth Tander, Jamie Whincup, all those guys came out of a Formula Ford into a Supercar. Marcos Ambrose, Craig Lowndes, the list goes on. How many do you need to say?

“That’s what we’re all about. We love to see the young ones come through, and that’s no disrespect to drivers that have been around for a while. The sport won’t survive on the same old crew running around in circles.

“Kids have got to be able to dream and believe they can get there. For both Tyler and Nathan, this is a dream come true. It excites us all.”

The return of Garry Rogers Motorsport to the Supercars grid could be the first step towards a full-time return in 2021.

Rogers said he hasn’t been keeping across the state of Supercars and Gen3, but said recent cost-cutting measures have been encouraging.

“We could see that we could develop one or two young drivers on the way through, it’s certainly something that we’re about, 100 percent.”

The Supercheap Auto Bathurst 1000 is set to take place on October 15-18 and will double as the Virgin Australia Supercars Championship season finale.