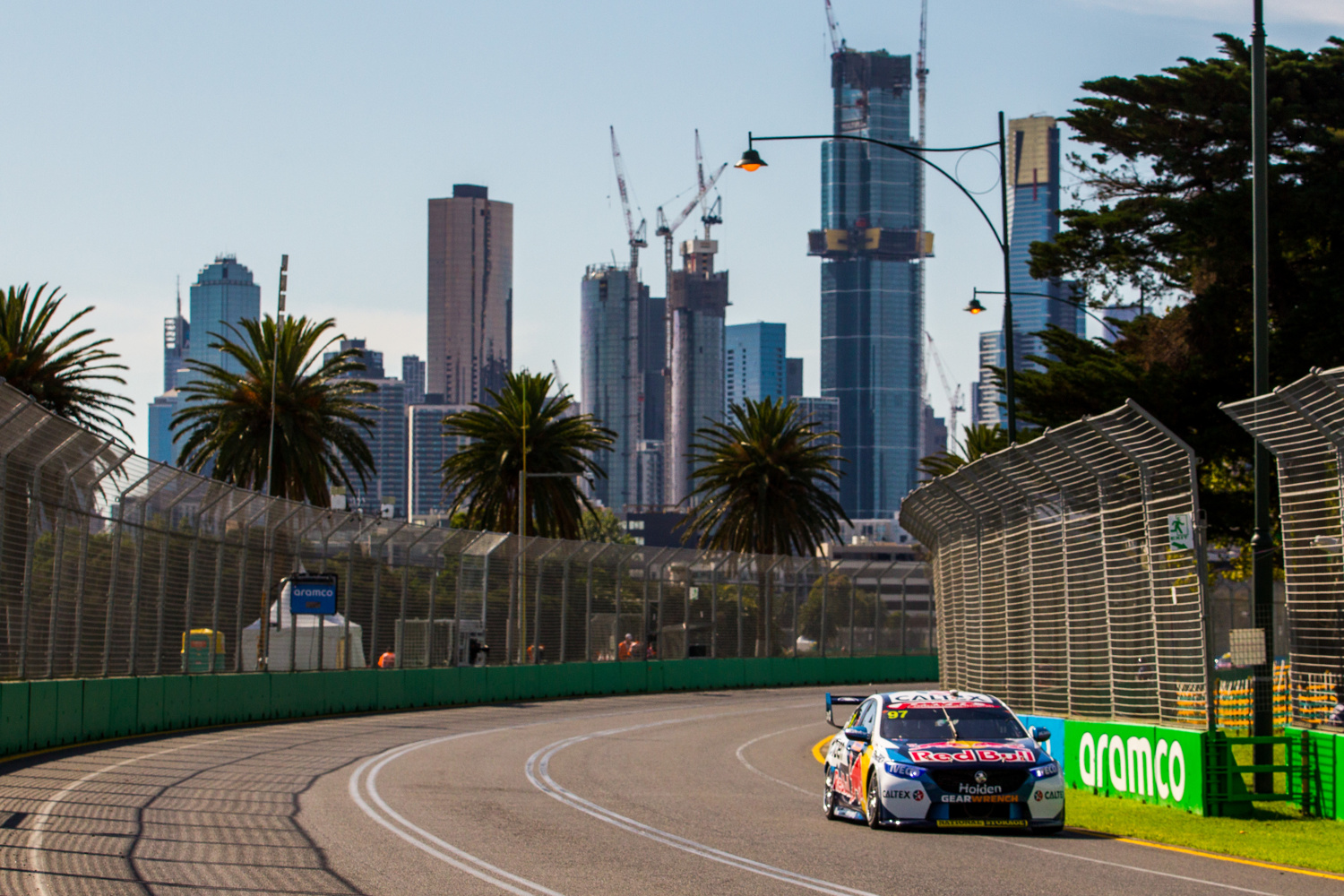 Whether the Australian Grand Prix and other street races can go ahead will be key in determining what next year’s Supercars calendar looks like.

Organisers of the Virgin Australia Supercars Championship have long hoped to see a 2021 calendar that resembled the original 2020 calendar before the coronavirus pandemic hit.

Supercars was originally set to take in 14 rounds between February and December, but that has since been truncated due to the effects of COVID-19.

While there is no guarantee that the pandemic will have subsided by the beginning of 2021, Supercars CEO Sean Seamer is hopeful the season will start in February and end in December.

“I think you can assume a pretty similar lay down to what we had (originally) this year in terms of timing around events, start and finish times,” said Seamer.

“Pre-season tests; that level of detail will get worked through in the next six weeks and that will be included in the calendar announcement late October.”

While organisers have a desire to replicate the original 2020 calendar, it looks unlikely that the 2021 calendar will bear much resemblance.

As a consequence of the pandemic, next year’s Adelaide 500 is highly unlikely to be the season opener.

Organisers recently confirmed a date change for the traditional Supercars opening round, citing uncertainties and significant economic risk in the midst of the pandemic.

Since travel restrictions were put in place by the Australian Government, doubt has been cast over the Bathurst 12 Hour – an event which is owned and operated by Supercars.

It has long been rumoured, and first reported by Speedcafe.com, that Supercars will open its 2021 season with a sprint round at Mount Panorama.

Seamer said much of what the 2021 calendar looks like will be determined by the viability of street events.

The Australian Grand Prix is among those, which traditionally hosts the Formula 1 season opener, but was the first event this year to be axed due to COVID-19.

Seamer said discussions are ongoing with organisers of the Australian Grand Prix to understand whether that event will go ahead.

“There’s a bit to be worked through on that yet,” Seamer said of the number of events slated for 2021.

“Some of those things are reliant on other events, like the AGP. We’re working with the AGP to understand what next year looks like.

“Once those things fall into place over the next six weeks we’ll be able to tell everybody the final number of rounds for next year.

“You can expect us to maintain a national championship, notwithstanding any COVID requirement like we’ve had to deal with this year.

“Our priority is to go to every state and territory with the exception of the ACT.”

With news that the Adelaide 500 will receive a date change, there have been suggestions that a deal is all but done to see the street circuit play host to the season finale.

South Australia Premier Steven Marshall recently put his weight behind moving the Adelaide 500 to the end of the season, in line with when it hosted Formula 1.

Seamer said Supercars wants to return to Newcastle, but that will be determined by the state of the pandemic.

“We want to go to Newcastle,” said Seamer, “But you’ll have to ask COVID that.

“I think the big thing really that we need to solve first is how and when we’re going to conduct street races next year and making sure that when we announce the calendar that we’ve got a high degree of comfort on what’s going to be possible.

“That’s the focus of our conversations with each of the state governments at the moment.”