Tributes to the late Barry Sheene have flowed on what would have been his 70th birthday.

The motorcycling world champion turned media personality was a popular figure with friends around the world, many of whom have shared their memories on the man affectionately known as ‘Baz’. 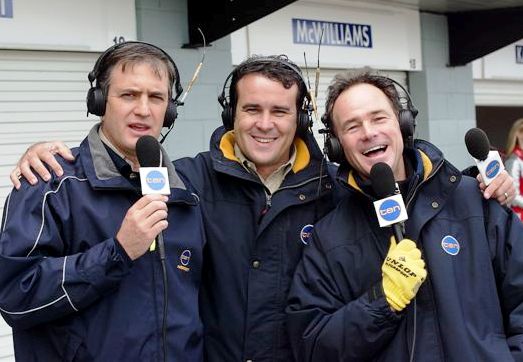 There was a place in Hindley St, Adelaide, you’d call it an ‘adult’ shop.

The windows featured everything: videos, magazines, wild outfits, blow-up dolls and sex toys. All that stuff.

I’d never seen anything like it, being a sheltered country lad. Baz was dragging me in there. “Come on Bill, we’ll have a laugh!”

I said “Baz, what if someone sees us in there…”

He goes “Don’t be an old nanny. No-one knows us here. Look, there’s no-one inside anyway. Come on, it’ll be hilarious.”

So I follow him in, red-faced, full of trepidation, and start to laugh as Baz is grabbing at various toys and holding them up, pointing out other bizarre stuff.

Next thing you know, the proprietor walks out and stands there, hands on hips, and yells out at the top of his voice to anyone within five kilometres: “Oh my God, look who’s in my sex shop, it’s Barry Sheene and Bill Woods!” Ingall being interviewed by Sheene

What many people didn’t know is that behind the scenes, Barry was the influence for me to move to Queensland and also the move to Ford with Stone Brothers Racing.

He brokered my Ford deal with then Ford Boss Geoff Polites.

He admitted later that it was more about me moving to the Gold Coast so we could hang out, than moving to Ford!

As it turned out it was the best thing I did in both cases and while it was all too short, we had an absolute blast.

There wasn’t one place or person he couldn’t talk his way in or around and some of the mischief he used to get up to was priceless.” So many Baz stories…

When he helped me take over the 500cc GP at Eastern Creek we used to stay out at Parramatta.

Can’t remember the hotel but it wasn’t exactly a Four Seasons!

Anyway we were there for a week with the event. Every night Baz would say, “shall I book dinner TC?” (speak for: I was paying). “Yes of course Barry, that would be sensational.”

Every bloody night it was exactly the same Italian restaurant, the same table, the same time (early) and he would pretty much have the same food and the same drink – Chardonnay with ice in it!

It drove me nuts (which he knew, of course)!

We got to the very last night and he said: “I think you are getting sick of our date night TC. Let me insist on a change.”

“For f**ks sake, thank God, yes please Baz, that would be really appreciated!”

That night we went to the same restaurant, same table, same bloody everything. Except, he booked a whole 30 minutes later.

He thought it was gold. He spent the entire night talking about it, taking the piss and laughing that laugh of his.

That was Baz – I bloody loved him and I miss him, he was one of a kind! 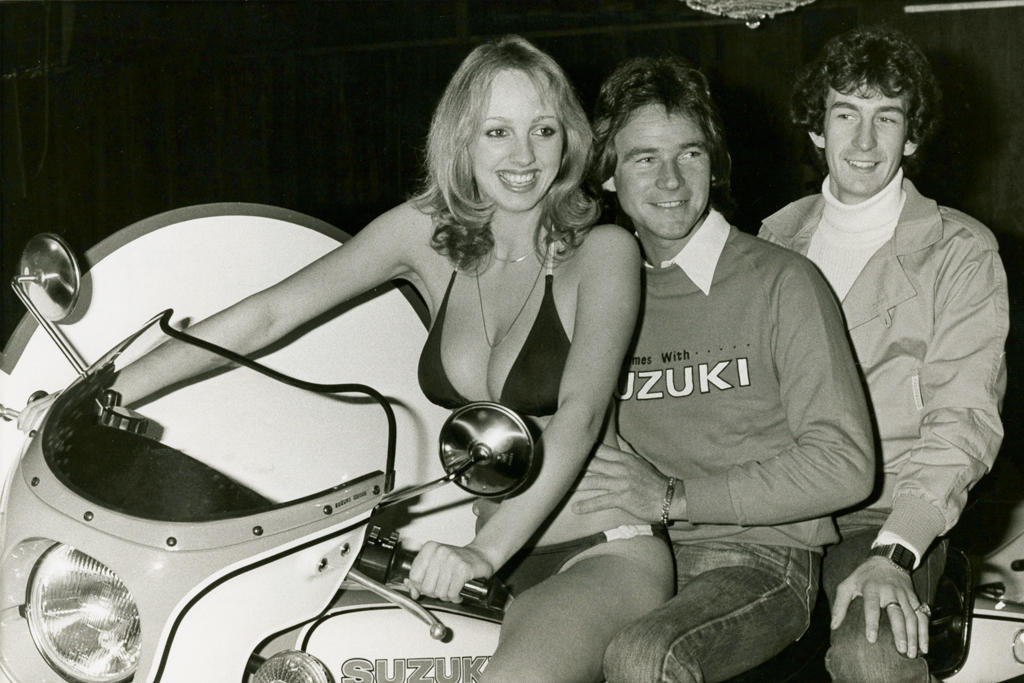 Do you know I cannot believe it’s 17 years since Barry Sheene passed away and boy do I miss him, albeit that I reckon he’d have been a grumpy old man and I can’t believe he would have been 70 but then I guess that’s right cause I’m 67.

And the reason I miss him is cause I don’t get into trouble that much anymore.

I think we probably used to goad each other on to a certain extent.

And interestingly my daughter got married last weekend and if he’d have been at the wedding I know even at 70 he’d have been chasing the bridesmaids around.

I know that for a fact because when I got married in 1985 he was definitely chasing the bridesmaids around, so almost certainly it would have caused all sorts of pandemonium but I hope he wouldn’t have changed.

In fact I’m pretty sure he wouldn’t.

Even more I miss him because I know he would have had the best ointments, the best tablets and everything that us old blokes need nowadays because he was Mr. Google back in the day and he worked everything out.

So BS, Bazza I miss you a great deal. I know you’re up there somewhere. I hope you are because I keep doing daft things and hoping you’re looking down on em so take care my old buddy.

When I used to fly helicopters Baz was in Australia, I don’t know how long he’d been at his place on the Gold Coast, but at that time I was still burning around in Robinsons (chopper) so it must have been early in my flying days.

He loved it so we formed that sort of friendship and bond through flying actually.

I remember landing in his yard one day and he was like “oh give me a steer”…he’d burn around typical Baz style.

Then when I was racing (500cc) in the UK in ’95 I met him. He gave me a full tour of the old place he used to live in over there. That was pretty cool!

Then he hired a Hughes 500 (helicopter) which is eventually what I did most of my flying time in.

We left Biggin Hill (airport) and we were heading to Donington….he wanted to take me to Donington. You know we did a lap of London….Barry do whatever you want sort of thing…..then off we went heading for the track and then the turbine temperature escalates borin into the red!

He shut the thing down. We auto rotate and land in a farmer’s paddock.

The farmer comes out and “Oh my god it’s Barry Sheene!” He gets talking and then he says “Oh Daz you’re gonna have to get to Donington, obviously we’re not going to get there now.

So lots of good laughs with him and heaps of fun so but the flying thing. We both loved helicopters and that’s really how we bonded.”

I met Barry early in 1997 so sadly I didn’t have as long a friendship with him as I would have thought, however, in those six short years he left me with many strong and happy memories.

Barry hated authority. So, in my role as the General Manager of Sport, he was always mischievously challenging my decisions and strategies – but would always do what was best for our team and the people he cared for.

His contract with the Network was very specific on several things that were important for Barry.

Obviously the money but of equal importance was the clause that specified that on no occasion was he to be instructed to wear a tie! In the time that I knew him I never saw him wear a tie.

I did spend quite some time with him alone when we travelled and at restaurants (he never paid) and from time to time I would be with my four-year-old daughter Elizabeth.

She adored him and when I, with my family, went to visit him at his home when he was ill,  she was always the centre of his attention.

He genuinely like people and he would never, not once, refuse a request to say hello, sign an autograph or just give that cheeky smile.

I have been fortunate to have met some of the biggest sporting stars in the world over the last 30 years – none have been bigger than Barry Sheene.

It’s fair and accurate to say I wouldn’t be where I am today without the help of Barry Sheene.

Having worked with Baz for three straight years (the last three of the 1990s) and having a blast while doing so, I had made the decision to leave Network Ten, head to London and chase my dream of calling Formula 1.

Firstly though, I needed a job to get my northern hemisphere switch going.

With thanks to Barry’s old PR/media manager, Andrew Marriott, I had some weekly reporting & commentating jobs on domestic feeder series stuff but it was Baz who was secretly scheming behind the scenes.

I was only on the ground in London for three weeks and I received a call from the BBC to send my showreel.

It was to see if I’d be suitable for the World Superbikes commentary position with Barry’s best mate Steve Parrish.

I did get the job but it wasn’t for many weeks later the then head of sport at the BBC told me that Barry was calling him daily to ensure I would get the gig. That’s the kind of guy Barry was.

It was surreal to have a real life superhero and global sports icon as your commentary partner and team-mate in just my second year of my television career.

Baz helped me with so many things personally and professionally all while, as he would say, having a laugh!

He thought it was funny that everyone called me by one of my nicknames – Stiffey. But he wanted his own name for me … it was MSO (pronounced Miso) – it stood for Mighty Stiff One!

He is sorely missed all these years later.