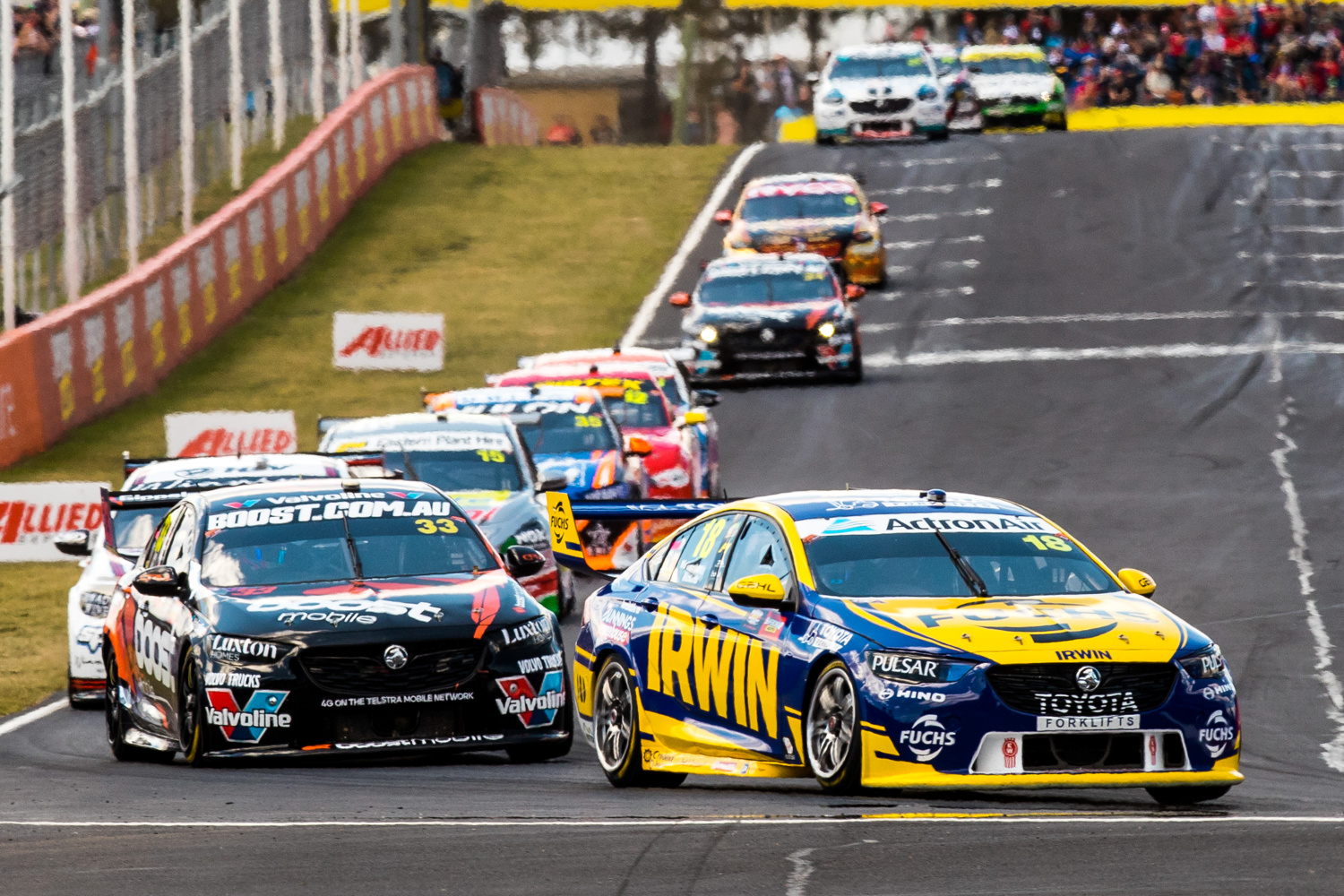 A quarantine hub is being organised by Supercars

Supercars is working with the NRL on plans to establish a quarantine hub in New South Wales ahead of the Supercheap Auto Bathurst 1000.

The hub is primarily being established to allow co-drivers in coronavirus afflicted states to train and then contest this year’s Great Race.

Additional team personnel are also anticipated to be part of the quarantine hub at a yet to be confirmed location.

Co-drivers and team personnel will fly from their respective states to New South Wales before completing a 14-day quarantine.

In a media roundtable teleconference, which included Speedcafe.com, Supercars CEO Sean Seamer said the category is collaborating with the NRL on those plans.

“I was just on the phone to Garth Tander before this call, running him through the plans and getting his feedback,” said Seamer.

“We’ve been working with the NRL to be able to leverage some of the work they’ve been doing around quarantine but being able to train at the same time.

“Obviously these people that are coming in are athletes and we need to make sure that they can train and be as fully prepared for Bathurst as possible.

“We’re in the final throes of locking that down now and we’ll be informing the co-drivers probably end-of-play tomorrow and then next week everyone will be clear on that.

“There’s the group of co-drivers, there’s the additional engineers that need to join as well. So there’s about 20 people that will be coming into a facility in New South Wales.

“Everything costs. We’ve got a lot of different partners that we need to work through the process. I think the hotel food, accommodation, it’s pretty standard.

West Australian-based drivers Kurt Kostecki (Walkinshaw Andretti United) and Dean Fiore (Team 18) are among those too.

Fiore faces the prospect of not being able to return home without an exemption while it is anticipated Kostecki will return to Queensland where he usually resides.

It is anticipated the Bathurst 1000 will be the first time since the pre-season test at The Bend Motorsport Park that most co-drivers have driven a Supercar this year.

No additional co-driver sessions have been planned for the forthcoming events at The Bend Motorsport Park.

Those from Victoria and Western Australia aren’t the only ones affected with Queensland teams currently facing the prospect of a mandatory hotel quarantine on their return home.

However, Speedcafe.com understands work is underway to allow Queensland teams the ability to self isolate at home rather than quarantine in a hotel, the latter of which would come at a significant cost.

“That’s exactly what we’re doing,” Seamer said when asked if self-isolating was an option.

“We’re working through those plans with the Queensland Government as we speak.”