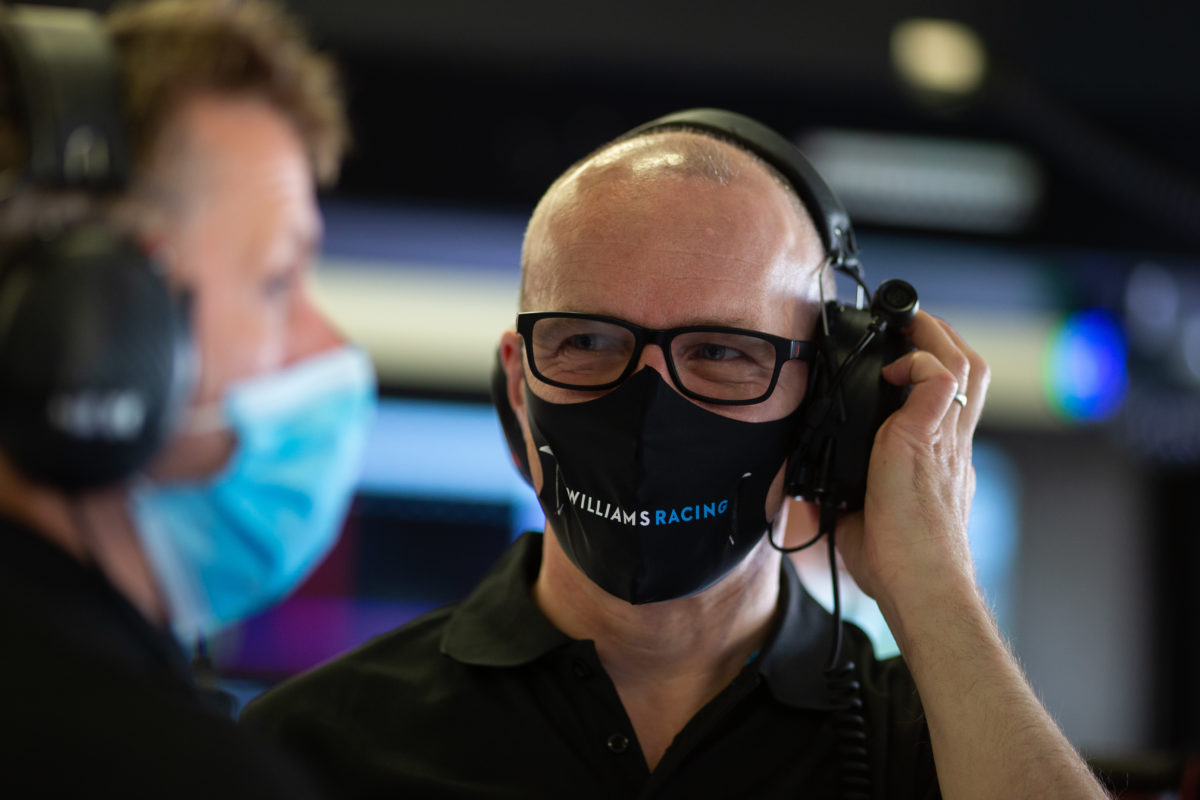 Roberts joined Williams this year as Managing Director F1 and now takes the team principal role for what the Grove operation has described as a “transitional time period”.

The call-up has been triggered by Claire Williams’ decision to step away from the position of Deputy Team Principal after the sale of Williams Grand Prix Engineering to United States investment firm, Dorilton Capital.

“I am delighted to be announced as Acting Team Principal for Williams during this transitional period,” said Roberts.

“It is an exciting time ahead for the team, a new era for Williams and one that I am excited to be playing a part in.

“I look forward to the challenge ahead as we look to take the team back to the front of the grid.”

The 64-year-old will stay on for the remainder of the year to guide the operation into the Dorilton era.

“It has been and remains a huge privilege to be part of this great team,” said O’Driscoll.

“I am proud to have played my part in securing the long-term future of Williams and look forward to working closely with Matthew and his team, to ensure a smooth transition and the best possible trajectory for the team’s future success.”

Matthew Savage, Chairman of Dorilton Capital and Williams Grand Prix Engineering, added, “Mike has made a huge contribution as CEO, working alongside the Williams family since the IPO in 2011.

“He has steered the corporate side of the group admirably through challenging times and has been invaluable in preparing Williams for the next exciting phase.”

Williams is 10th in the constructors’ championship ahead of this weekend’s Tuscan Grand Prix.